Believe it or not, sports cars have been around for more than 100 years. And the car that's considered by many enthusiasts to be the first true sports car is the 1914 Vauxhall 25hp Prince Henry Sports Torpedo, which recently fetched more than $657,000 at auction according to a recent CNN story.

It happened at a Bonhams auction in London on December 4th, when the Prince Henry was won by an unnamed buyer at a bid of £516,700 (or roughly $657,175 US) at auction. That might sound like a lot, but it's actually something of a steal, considering that the car in question is one of only seven such cars left in the world. Then again, this car hasn't been locked away in a vault for 102 years – being used for much of that time period, and having been in the ownership of engineer Reg Long for the last 46 years. Long – who as a younger man used to be frequently seen driving the car all across Europe, died earlier this year, and was also known for entering it in various classic car competitions and allowing it to be the subject of photo spreads in classic car magazines and other publications. Despite all of that, the car reportedly "still drives smoothly" and in July was successfully used to traverse a 30-mile span – not bad for a 102-year-old car. 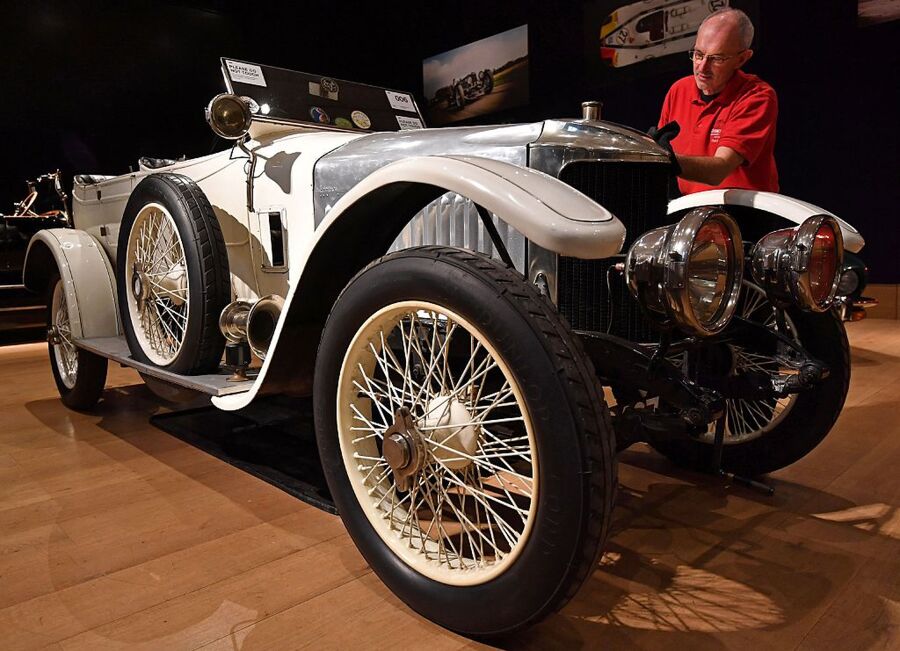 The the 1914 Vauxhall 25hp Prince Henry Sports Torpedo is reported to have had a top speed of 80 miles per hour, although its actual top speed today hasn't been accurately measured. But thanks to its previous owner, it's had almost 50 years of meticulous  maintenance and engineering to keep it as young as possible. Hopefully the car's new owner will give it at least as much care and attention, since it will take a lot more of that if the car is still going to be around in 2116.