$17 BILLION Worth Of Lost Spanish Treasure May Have Just Been Discovered Off The Coast Of Colombia – But Who Owns It???

There are few things that excite one's imagination more than buried treasure, especially when it accompanies the remains of a Spanish galleon lost at sea during the 18th century. And as if that weren't enough, the treasure recently found off the coast of island of Baru, Colombia under just those circumstances, is estimated to be worth as much as $17 billion.

Of course, that $17 billion estimate is on the higher end of things, with other analysts valuating the treasure at the much more reasonable (?) $1.5 billion. But even if the treasure were to end up having been mysteriously stolen by mermaids or Namor the Sub-Mariner, this would still be an exciting discovery, as the ship in question is the legendary San Jose, sunk by the British navy off Baru way back in 1708, and the subject of a concerted search effort for decades. 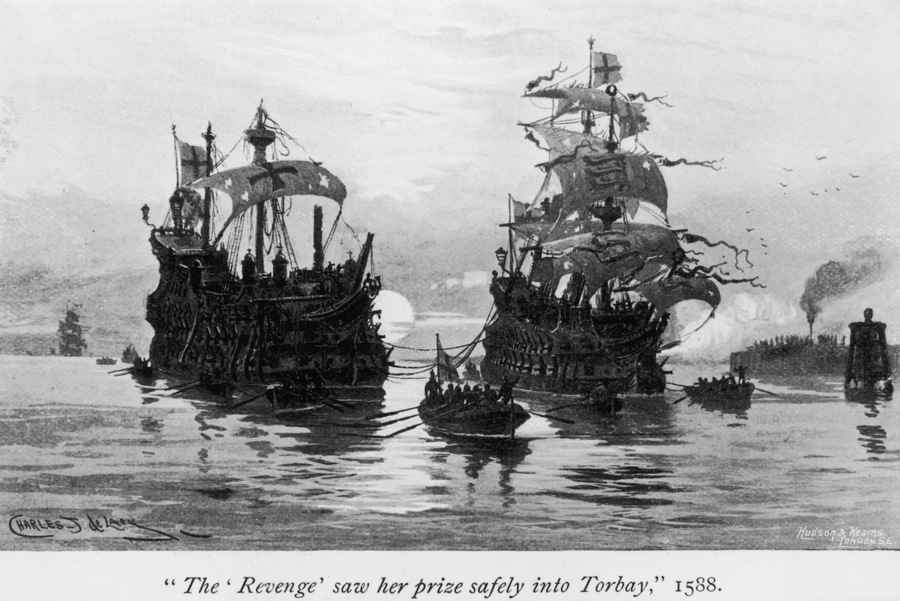 As the story goes, when the Brits sank the San Jose in 1708, it was on a mission to transport as many as 11 million coins of gold and silver, along with a collection of emeralds and other valuable precious stones, in order to assist in funding Spain's secessionist war against Great Britain. The stash never made it to Spanish shores, but the San Jose did make it into history, as perhaps the most legendary and sought-after shipwreck of all time, capturing the imaginations of countless individuals obsessed with the bygone era of sea adventure and the untold treasures buried underneath the waves.

Colombian president Juan Manuel Santos announced that the wreckage of the San Jose had been discovered in a press conference last weekend, also saying that a museum devoted to artifacts salvaged from the wreck (which claimed the lives of around 600 crewmen who were on board) would be erected in the city of Cartagena. It was here, that the humble first photos of the ship's remains were revealed – as unlikely it may seem – and that such photos would be of such an important and potentially valuable find.

As for who gets to keep that lovely treasure, whether it ends up being worth $1.5 billion, $4 billion, or even as much as $17 billion, that is a very interesting question. Back in 1981, an American salvage company called Sea Search Armada claimed to have located the area where the San Jose sank. Soon after, the Colombian government agreed to split all proceeds with the company, 50/50. The Colombian government, however, ultimately came to a different view, claiming that 100% of the treasure was rightfully theirs, and an American court finally ruled in Colombia's favor in 2011. But, as we now know, that did not turn out to be the the actual San Jose. Spain's foreign minister recently announced that the "there are discrepancies on the issue of legal ownership." That same foreign minister met with his Colombian counterpart in Cartagena over the weekend. Spain is planning to argue that based on the United Nations law of the Sea, they have a right to the treasure. There's one flaw with that argument though, Colombia did not sign that treaty and therefore would not technically be subject to its laws. Clearly, it's going to take a lot more work before anyone knows exactly what secrets the wreck of the San Jose holds, how much they're worth, and how they'll be divvied up.