Getting your college degree is important, but it is not everything. Not having a degree really does not limit your potential for success. The 15 people on this list have attained success at the highest levels in their respective fields and not one graduated from college. Intelligence, ambition, and an unwavering dedication to your vision can take you just as far­ – if not farther – than you can get with a college education.

Microsoft co-founder Bill Gates' story is a familiar one by now. The Harvard dropout knew what he wanted to do from the time he was 13 years old. He made his first $20,000 at age 15 when he and Paul Allen developed a computer program that mapped Seattle traffic patterns. Five years later, Gates and Allen founded Microsoft and the rest, as they say, is history. 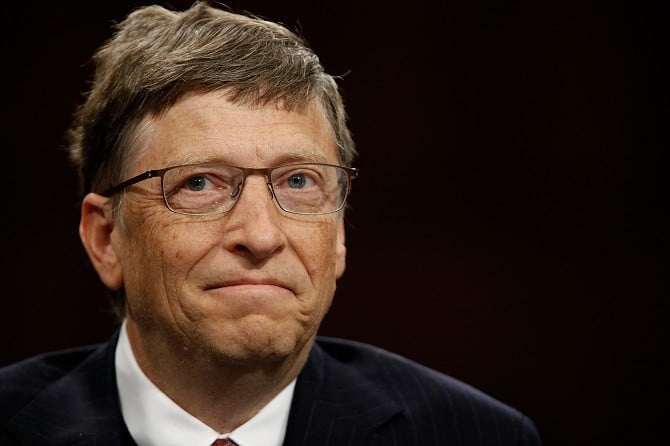 Oracle founder Larry Ellison dropped out of two colleges before he moved to Berkeley, California to work in the computer industry. He worked as a programmer for a short time before he and two colleagues founded Software Development Labs. They soon landed a contract to build a database management system. They called this system Oracle.

Mark Zuckerberg is another billionaire with a well-known story. However, did you know that Zuckerberg had the attention of Microsoft and AOL when he was still in high school? As a teenager, he co-created a Winamp plug-in that built customized playlists (Spotify, anyone?). He was offered jobs out of high school, but turned them down to enroll at Harvard. In February 2004, Zuckerberg launched Facebook (then known as "The Facebook") from his dorm room. He dropped out of Harvard and moved to California to work on Facebook. Eleven years later, the popular social networking site has more than 1.44 billion active monthly users.

Steve Jobs is another well-known college dropout who hit it big. Jobs attended Reed College for six months before dropping out to work as a video game designer for Atari. A few months later, he left that job and went to India in search of spiritual enlightenment. Then, in 1976, 21-year-old Steve Jobs founded Apple Computer with Steve Wozniak. Jobs changed technology and many of our lives forever.

Ralph Lauren spent two years at Baruch College in Manhattan before he dropped out and joined the Army. He got out of the Army in 1964, got married, and got a job at a company that made men's neckties. Soon, Lauren started designing his own ties. Lauren first made a splash by designing wide ties when skinny ties were in fashion. He started his own business and sold half a million dollars worth of ties in his first year. Over the decades, the name Ralph Lauren has become synonymous with casual American style.

Billionaire, island owner, and daredevil Richard Branson dropped out of school when he was 16 to found the magazine, Student. This led him to launch a mail order record company called Virgin. That company eventually grew into the Virgin Records label. Today, the Virgin portfolio includes telecommunications, an airline, and space exploration among its 200 companies in 30 countries. 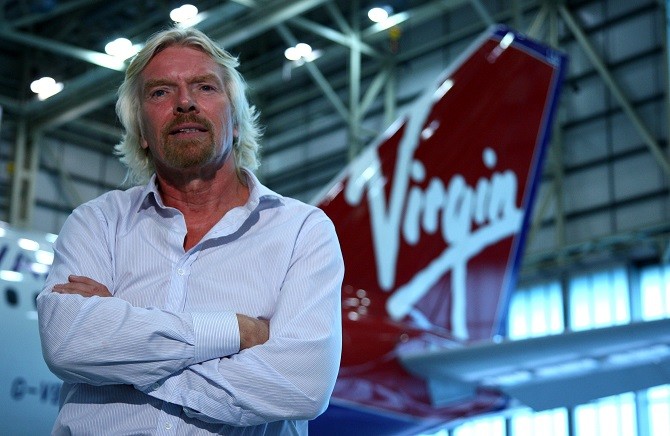 Ted Turner attended Brown University but was expelled before he obtained his degree. His offense? He had a girl in his dorm room. After he was kicked out of school his father gave him a job as the manager of the Macon, Georgia branch of Turner Advertising. He took over as President and CEO in 1963 when his father died. He was 25 years old. Turner eventually turned Turner Advertising into the Turner Broadcasting Company and founded CNN.

Long before Titanic, Avatar, and the Academy Award, James Cameron was a college dropout, paying the bills by working as a truck driver. He made his first film when he was 24 years old, in 1978. That film landed him a job at New World Pictures. In 1984, Cameron hit the big time with the release of "Terminator." He cemented his cinematic legend with "Aliens," "Titanic," and "Avatar."

Simon Cowell's formal education ended when he was kicked out of school at age 17 for bad behavior. It was not the first school that expelled him. He went to work in the music industry, working his way up in the A&R department of various labels. Eventually he founded his own label. It wasn't until he was tapped to be a judge on the British TV show "Pop Idol" that he really hit it big. Pop Idol led to "American Idol," which led to Cowell's multi-million dollar net worth.

Love him, hate him, or love to hate him, radio talk show host and author Rush Limbaugh is, by all ordinary measures, a success story. Limbaugh knew he wanted a career in radio when he was eight years old. He got his first radio job while he was in high school. He was a student at Southeast Missouri State University for a short time before dropping out. Limbaugh was fired from several radio stations for being too controversial. It wasn't until the mid-1980s, when he was working in Sacramento, that he gained the popularity as a radio host that led him to having a national audience.

Shoe designer Steve Madden spent a short time at the University of Miami before he had to move back home to New York City. Madden fell into the trap that so many of us do – he partied hard, his grades suffered, and his father stopped paying his tuition as a result. Madden went to work for a number of shoe companies before he started out on his own in 1990 with $1,100 in his bank account. Slightly less than a decade later, Madden's shoes were the "must have" shoe of nearly every teenager and 20-something in the U.S.

Steve Wozniak was a student at the University of California, Berkeley when he met then high school student Steve Jobs through a mutual friend. Wozniak worked for Hewlett-Packard briefly before quitting to co-found Apple with Jobs. Additionally, Wozniak invented the Apple I and Apple II computers.

Wolfgang Puck began cooking when he was a child. By the time he was 14 years old, he was in formal training to be a chef. He did his time in some of France's best restaurants. He moved to the U.S. when he was 24 years old. Puck soon became a favorite with Hollywood. He's won the prestigious James Beard Foundation Award for Outstanding Chef of the Year twice.

Celebrity chef, cookbook author, and talk show host Rachel Ray grew up working in the food service industry. She attended Pace University for two years before she had to drop out to work and save money. While she was working at a gourmet food store in New York she came up with the idea for "30 Minute Meals." She developed them into a series of classes for the store. Her big break came when a local television station picked up those classes. That led to her first book deal and a contract with the Food Network.

Coco Chanel is synonymous with style, even though she died nearly 35 years ago. She was born in France in 1883 and grew up in an orphanage, where nuns taught her to sew. In 1910, when she was 27 years old, she opened a hat store on the Rue Cambon in Paris. She branched out into clothing on a cold day when she made a dress out of an old jersey. Eventually, she expanded further, into perfume and cosmetics as well as high fashion clothing.