An American-born singer and actor, Zachery David Alexander Efron, better known as Zac Efron, remains an icon among many children, teens, and young adults alike. Best known for one of his earliest big breaks, the epic Disney movie series, High School Musical, Zac's paychecks have grown quite a bit since his school-age days. How much did he earn from his top 10 highest paying roles? Let's find out…

A science fiction comedy of sorts, 17 Again stars Mathew Perry and Efron portrays a 17-year-old version of the of the Friends star. Arguably too much like other, similarly themed movies from the past, the lukewarm reviews did not stop Efron from receiving $1 million for the part.

A drama about a father who wants his rebel of a son (played by Efron) to help expand their family farming empire, this film received fairly decent reviews despite the lack of massive press and promotion. However, Efron is not one to work for just any price, and received another $1 million for his work in the film.

A historical drama that delves into the scattered events following the assassination of JFK, Efron stars opposite James Badge Dale in this interesting film. The film shined a new light on one of the most controversial political assassinations of American history. Receiving mixed reviews, Efron was still paid $1 million for his appearance in the movie.

A British-American period drama, Efron plays the role of "Richard Samuels," a young man who meets Orson Welles and is given the opportunity to play the role of Luscious in Caesar as a result of this chance meeting. Also starring the likes of Claires Danes, Christian McKay, and Ben Chaplin, this film received relatively positive reviews and Efron received $2 million for playing the role.

A supernatural romantic drama, Efron plays "Charlie St. Cloud," the protagonist, in this film adapted from a novel entitled, "The Death and Life of Charlie St. Cloud." Also starring the likes of Charlie Tahan, Amanda Crew, and Kim Bassinger, this film struggled a bit in terms of reviews, but Efron still received $2 million for taking on the starring role.

An American romantic comedy which was released under the alternate title, Are We Officially Dating? in Australia and New Zealand, this film also stars Miles Teller and Authur B. Jordan. Receiving mostly negative reviews, this film still did fairly well in the land of chick flicks as many were just there for the eye candy anyhow. What's more, Efron received $2.5 million for his services. 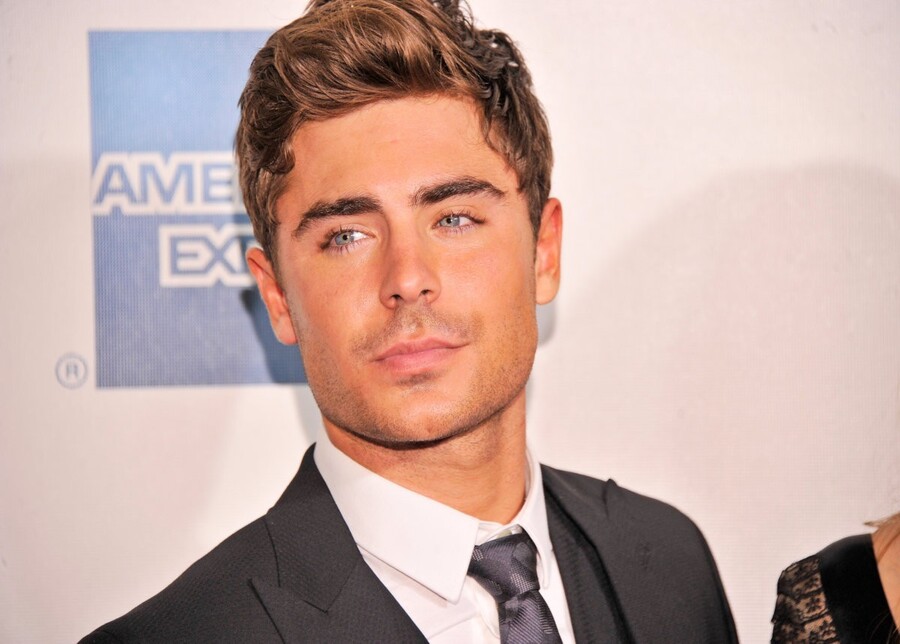 An award-winning film, Efron plays a U.S. Marine serving in Iraq. Also starring the likes of Taylor Schilling, Blythe Danner, and Jay R. Ferguson, Efron was paid $4 million for starring in the flick.

Presently in post-production, the films stars Efron, Robert De Niro, as well as Zoey Deutch. Projected to be epic hilariousness, the film comes out in January 2016. Whether it lives up to its hype, remains to be seen. However, the $4 million Efron received for his role in the film seems to be fairly concrete.

An award-winning film, Neighbors stars Seth Rogen and Efron. The winner of several awards, including 2 Golden Globes and 3 MTV Movie Awards, this hilarious film is currently producing a sequel, to expand the brand for fans. Efron received $5 million for playing the role of "Teddy Sanders," "Mac Radner's" (played by Rogen) new Greek-initiated neighbor.

Out in 2016, fans will soon see if the sequel lives up to the hype of the original. Either way, it likely won't effect Efron's earnings of $8 million.

All in all, Efron has managed to make that difficult transition from child star to adult movie mogul. With a net worth of $18 million and many more working years to go, it'll be interesting to see where his continuously budding career goes from here.