10 Random Things That Sold For Insane Prices At Auction

We've all gotten a taste of what it is like to bid on something at auction thanks to eBay. However, very few of us have the kind of bankroll to go after the big-ticket items. From paintings to cars to manuscripts to jewelry, these items are the crème de la crème of their niche.

So, if you had unlimited money, what random items would you outspend everyone to acquire? Would you want a $30 million car? How about a $100 million painting? Personally, I don't know how I would feel knowing that a painting on my wall could literally feed millions of starving people. But that doesn't mean people shouldn't buy nice things! Especially if you worked hard for your fortune and give back to your community in some way… Right??? What do you think of the insane prices paid for all the random items below?

Just this year, a 54-year-old Ferrari annihilated the record for the most expensive car ever sold at auction. Bonham's sold the 1962 Ferrari 250 GTO, blowing away the previous record holder- a Mercedes Benz racer that sold in 2013 for $31.6 million. 39 250 GTOs were manufactured between 1962 and 1964, making them a coveted car for collectors. 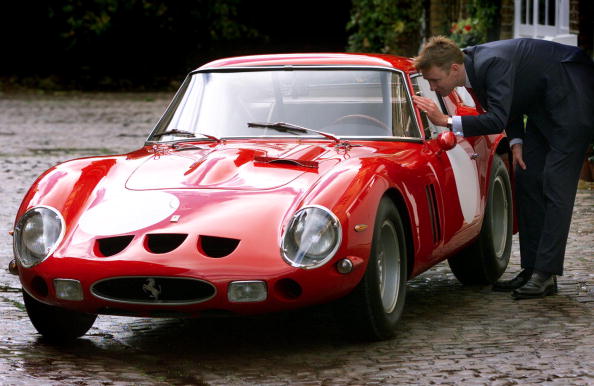 This 1969 triptych became the most expensive work of art ever sold at auction when William Acquavella, a New York dealer, beat out six other extremely wealthy bidders on behalf of his unnamed client. The painting depicts the artist's friend and rival Lucian Freud sitting on a wooden chair. Christie's estimated that it would sell for $85 million. It broke the previous record for a painting sold at auction held by Edvard Munch's famous "The Scream," which sold at Sotheby's for $119.9 million. 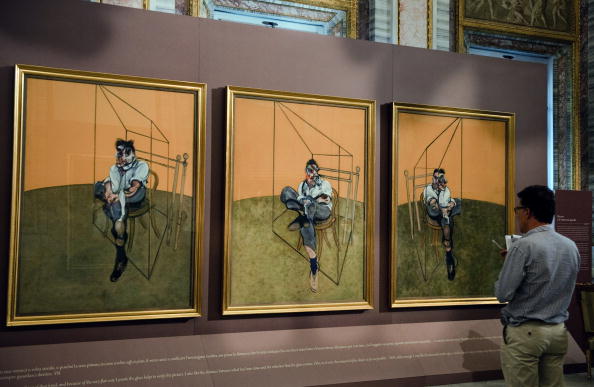 Most Expensive Piece of Clothing

It is perhaps the most (in)famous singing of "Happy Birthday" in history and the figure hugging, flesh colored, jewel encrusted dress Marilyn Monroe wore on May 19,1962 when she serenaded the President is the most expensive piece of clothing sold at auction. The dress, as legend has it, was so sheer and so tight that not only did the blonde bombshell not wear anything under it, but reportedly she also had to be sewn into the gown. The one-of-a-kind dress was put up for auction in 1999 by the widow of Monroe's acting coach, Lee Strasberg. It was bought by the Manhattan-based collectible company Gotta Have It!. 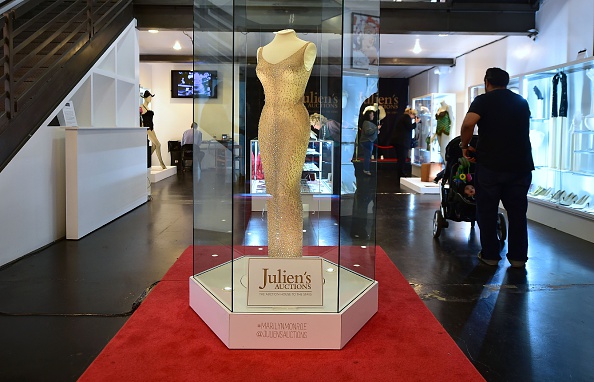 It's hard to imagine anything of Leonardo da Vinci's that wouldn't sell for a crazy amount of money, but it is his Codex Hammer that broke records. da Vinci was well known for recording his sketches, thoughts, and musings in journals throughout his life. Of the 30 that still exist, his most famous is the 72-page journal named for the British nobleman who acquired it in 1717. In 1994 Microsoft's Bill Gates bought the manuscript and three years later released a digital version for everyone to enjoy.

The Stradivarius violins are the most coveted in the world. In 2011, the nonprofit Nippon Foundation sold the renowned "Lady Blunt" violin, named after Lord Byron's granddaughter, the violin's owner for more than three decades. It was sold to aid the Japanese earthquake and tsunami relief efforts.

Most Expensive Lock of Hair

Item: Hair from the scalp of Elvis Presley

Elvis Presley was almost as well known for his pompadour as he was for his voice and swinging hips, so it isn't too much of a surprise that a lock of hair from the King of Rock 'n' Roll's head would bring in more money than John Lennon ($48,000), Beethoven ($7,300), Mickey Mantle ($6,900), John F. Kennedy ($3,000), and Neil Armstrong ($3,000) combined. The hair was kept by Elvis's personal barber. The company MastroNet Inc. handled the online auction of all the dead celebrities' hair in this section.

The Pink Star is a 59.6-carat flawless pink diamond sold by Sotheby's that smashed all previous records for diamond auctions. At $82.3 million, the Pink Star is the most expensive of any jewel ever sold.

Back in 1998, before the steroid scandal tainted our memories, the St. Louis Cardinals' Mark McGwire and the Chicago Cubs' Sammy Sosa were chasing the single season home run record. Todd McFarlane, a comic-book creator and music producer, both McGwire's record breaking 70th home run baseball for $3 million. He owns nine other baseball from Sosa and McGwire from the 1998 season.

This 2,000-year-old bronze sculpture was unearthed by construction workers in Rome in the 1920s. Back then, there is no way they could have predicted the enormous sum it would fetch at auction 90+ years later. The 36-inch tall statue of the Goddess of the Hunt was estimated to tell for $7 million.

Just what every discerning home needs, a badminton cabinet, just maybe not one that costs $36 million as this 18th century piece did. The Florentine ebony chest is inlaid with amethyst quartz, lapis lazuli, agate, and other stones broke its own record as the most expensive piece of furniture sold at auction in 2004. The Badminton Cabinet, so called because it resided in Badminton, England for more than two centuries, had last been sold in 1990 for a then record setting $16.59 million.