By Venus Lockett on November 6, 2015 in Articles › How Much Does

One of the most famous actors/models ever, the late Marilyn Monroe built a legacy that has long outlived her untimely demise. How much would her movie roles be worth if she were alive and working in 2015? Well, let's go to the videotape of her best paydays (adjusted for inflation)…

A romantic comedy about a fairly deceitful trio of women who rent a luxurious penthouse in order to attract rich men, Marilyn plays the role of "Pola Debevoise." Highly revered by fans, this movie was Fox's second highest grossing film that year. Marilyn received the modern day equivalent of $891,180 for co-starring in the film.

An American Western film also starring the late, great Robert Mitchum, Marilyn assumes the role of "Kay Weston" in this film. Highly rated and considered an instant classic at the time, Marilyn walked away with what now amounts to $891,180 for lending her acting chops to this flick.

A musical comedy-drama, Marilyn plays the supporting role of "Victoria Hoffman" in this film. Although expectations were extremely high (as the film starred a very well-known actress, Ethel Merman), the star power wasn't enough to save it and the film was eventually labeled a flop. Nevertheless, Monroe received another $891,180 for her work in today's dollars.

A romantic comedy also starring the late legend, Tom Ewell, this film took on the controversial taboo of adultery with, who else, Marilyn playing the young, gorgeous mistress. The film received rave reviews at the time and Marilyn netted another equivalent to $891,180.

Another romantic comedy, Bus Stop is a movie about a young cowboy and his friend, who take a bus trip to Pheonix, Arizona. Playing the role of "Chérie," a talentless, but ambitious singer working in the local café, the film received an array of nominations and Marilyn was paid what now amounts to $1,312,197, for playing the part.

A British-American romantic comedy, this film is about – you guessed it – a prince that falls for a showgirl… who is, of course, played by Monroe. The film was wildly successful both critically and financially. Winning several awards as well as a substantial profit, Monroe was paid what would amount to $1,312,197 today.

A comedy film also starring the late legend Tony Curtis, this film is about two jazz musicians who hastily take a job working with an all-female band. Playing the role of the singer and ukulele player, "Sugar 'Kane' Kowalczyk," the film received widespread critical acclaim winning a slew of awards including an Academy Award and several Golden Globes, Monroe took home the modern equivalent of $4,088,402 for her role in the film. 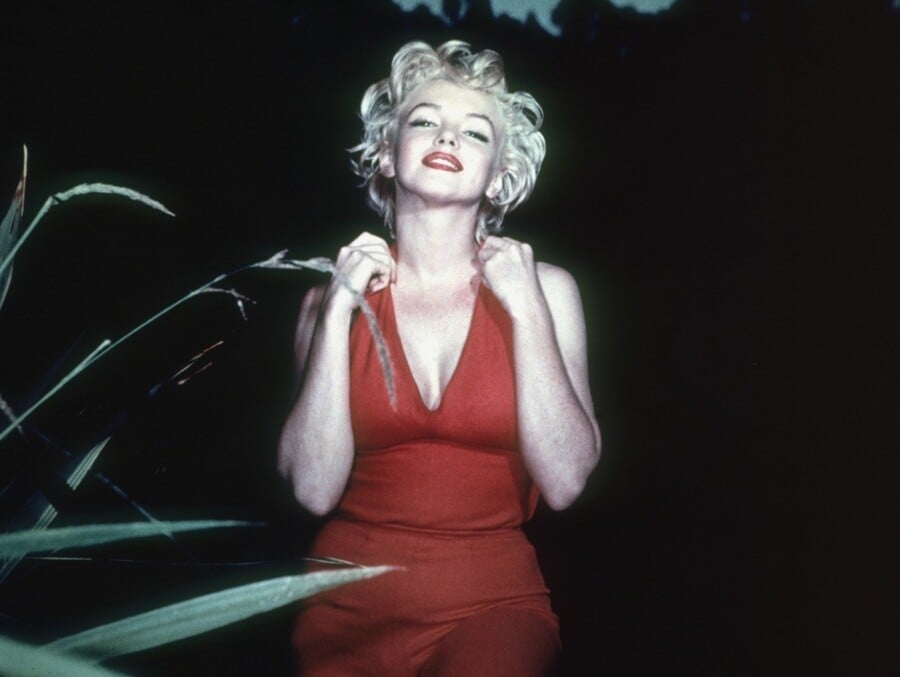 A musical comedy in which a billionaire becomes smitten with a young starlet who has been cast to play in a satirical, off-broadway revue about his life, this film did well, but was actually considered a flop at the time, due to the astronomical success of Monroe, and the press surrounding her off-screen romance with her co-star, Yves Montand. Either way, Monroe still took home what would equal $4,088,402, in 2015.

A drama film, Monroe plays a recently divorced woman whose friends take her out for a night on the town, and to drown her sorrows. Despite some rumored behind the scenes cat fights between Marilyn and her co-starlets, the film did well and Marilyn netted what would be the modern day equivalent of $7,958,027.

An unfinished feature film also starring Dean Martin, the production of this film had been interrupted quite a bit in order for Monroe to deal with her personal issues and tragically abandoned after the starlet passed away on August 5, 1962, ending production altogether. Playing the role of "Ellen Arden," a mother of two, who had oddly been declared dead due to the fact that she had been lost at sea, although Monroe was unable to finish what she started, she received a salary of another $7,958,027, which was about $1 million in 1962.

Overall, with a legacy more impressive than even she likely imagined, Marilyn Monroe remains the face of a beauty brand that has transcended time. Whether any of the present-day starlets will ever live up to the legacy of Monroe remains to be seen, and either way, it seems that her role as an ageless icon will live on forever.