By Venus Lockett on November 3, 2015 in Articles › How Much Does

A notorious TV star turned movie mogul and icon, George Timothy Clooney remains among the highest paid entertainers in Hollywood. Already a highly successful TV star, after focusing the majority of his efforts on the silver screen, his income has grown immensely. Just how much has it grown? You're about to find out…

An American-German film made on the subject of WWII, this film was based on real events. Receiving mixed reviews from critics, Clooney delivered a solid performance and was paid $2 million for playing the part.

A romantic comedy directed by Michael Hoffman, this film also stars the legendary actress, Michelle Pfeiffer. A film about a divorced single mother who meets up with another single parent (played by Clooney) and romance ensues. Receiving a lukewarm reception, the movie is still fun to watch and Clooney netted $3 million for his role in the film.

A biographical disaster film about a series of unfortunate events that happened aboard a commercial fishing boat. Tasked with playing the role of  Captain Frank William "Billy" Tyne, Jr, while the special effects and performances of the actors received positive reviews, the plot left a lot to be desired, according to most moviegoers. Nevertheless, the film was nominated for several Academy Awards and Clooney took home $8 million for taking on the starring role. 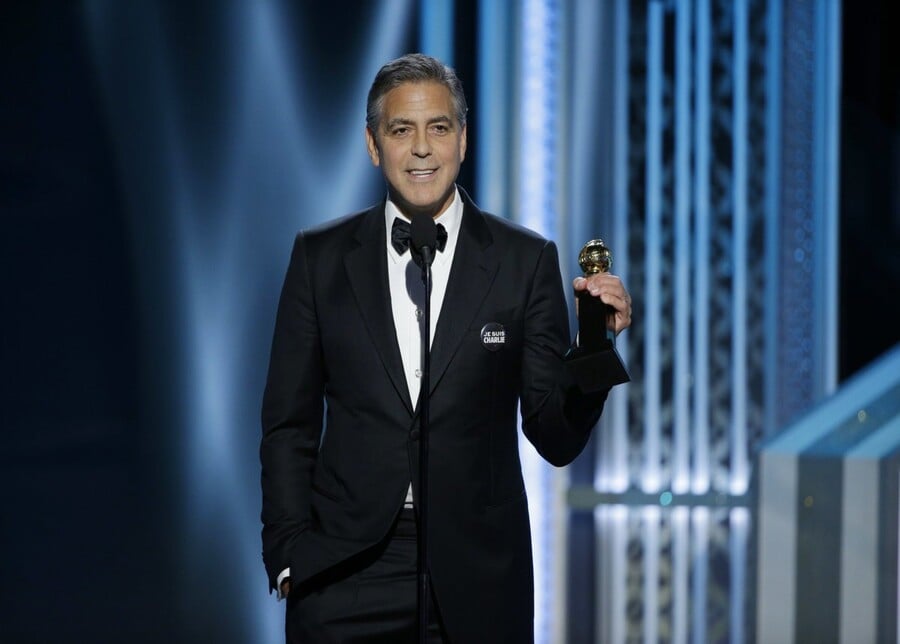 A crime comedy film, Out of Sight also stars the likes of Jennifer Lopez, Ving Rames, and Don Cheadle, to name a few. In the film, Clooney plays a career bank robber who makes a getaway from prison and is chased down by a U.S. Marshall (played by Jennifer Lopez). Highly entertaining, the movie has received mostly positive reviews and Clooney received $10 million for playing the part.

A superhero film based on the comic series of the same name, Clooney plays the starring role of "Batman" in this 1997 depiction of the duo. The film received terrible reviews due to taking a less serious, depressing approach to its production. Nevertheless, this film is perfect for those who find other "Batman" films to be too heavy and Clooney received $10 million for starring in it to boot.

The 1st installment of the Ocean's movie series, Clooney takes on the role of "Danny Ocean", a career criminal and mastermind behind an eleven member heisting team. Also starring the likes of Hollywood heavyweights such as Brad Pitt, Matt Damon, Don Cheadle, and the late Bernie Mack, to name a few, this film received rave reviews and Clooney received $20 million for playing the part.

The third installment of this comedy heist series, Clooney once again assumes the role of "Danny Ocean" for this film. The film was rated somewhere between the first and second installments, and reviews were mostly positive. Clooney received another $20 million for his role in the film.

A science thriller film based on a first-time space traveler (played by Sandra Bullock), a veteran traveler's last mission, and a series of unfortunate events that result in them being essentially lost in space. Thrilling and suspenseful from beginning to end, the film received virtually universal critical acclaim and Clooney received $20 million plus an unknown amount from the backend.

And so, as we can see, George Clooney has amassed a lot of riches from his acting skills. With average annual earnings of $19 million, a net worth of $250 million, and the skills to act, write, direct, and much more, it is highly unlikely that this Ocean's star will be forced into a life of white collared crime, anytime soon.