The rich are said to live differently from the rest of us, but the truth is, the wealth gap doesn't end when your heart stops beating. While most of us can consider ourselves lucky to get a nice rectangular plot of land with a headstone giving passers-by our birth and death dates after we shuffle off to the next frontier, the top 1% have different plans. Here are ten of the most wildly expensive final resting places ever – no matter how nice they get, though, I'd still rather be in my apartment. 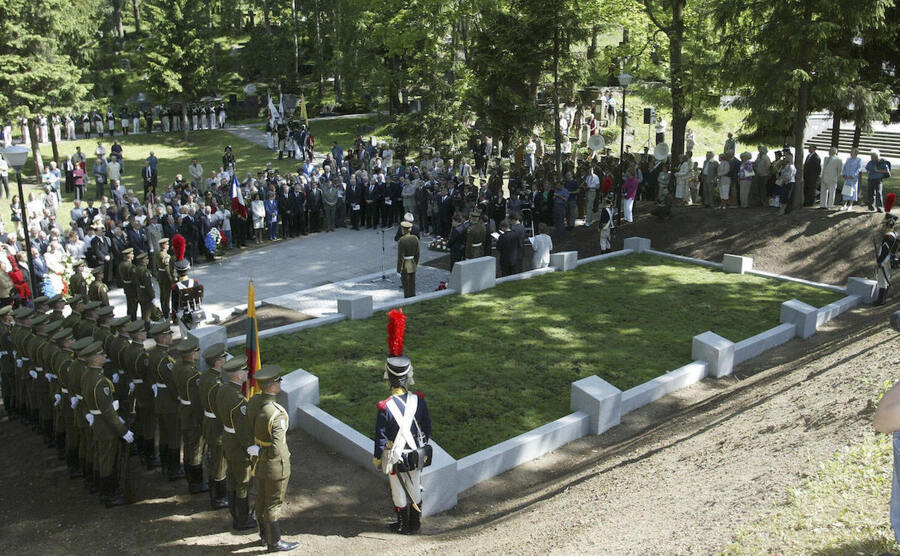 Chicago's historic Graceland Cemetery is home to many heavy-hitters from the city's infamous political history, and even the most basic cemetery plot will set you back (so to speak) at least $2,600. The plots go up from there, all the way to the Grand Slam Lake View Family Package (not its actual name), with a $120,000 price tag.

Want to spend eternity chilling with the Roosevelts, gangster "Crazy" Joe Gallo and Leonard Bernstein? A basic plot at Brooklyn's Green-Wood Cemetery will cost you about $1,700 more than your life, but to really do it up in style in a deluxe mausoleum requires serious dough – $320,000, to be precise.

Who wants to spend a bunch of money on some hole in the ground when you can drop 338 grand and the slim chance of actually waking up again? That's the opportunity offered you by the Cryonics Institute in Arizona, who will freeze you in a tank 320°F after you're clinically dead, the theory being that science may one day be able to revive you. Hey, it makes just as much sense as a mausoleum, if you think about it.

If an upper-crust New England cemetery seems like a good place for you to rest your weary bones, you could do worse than Mount Auburn, also known as "America's first garden cemetery." A premium plot at this cemetery carries a price tag of a cool half million dollars, believe it or not.

A half million dollars could also get you a nice private mausoleum at Kensico Cemetery in New York, 12 miles off the Bronx River Parkway. Bad neighbor disclaimer, though: Infamous author and mother of Objectivism, Ayn Rand is buried here, so don't expect to be able to borrow anything from her if you run out, she doesn't believe in giving stuff away.

The overseas market on lavishly priced burial grounds isn't too bad either. Take the Nirvana Memorial Garden in Singapore, the most expensive plot on which will cost you $517,800. And no, before you ask, Kurt Cobain is not buried there. You do get a decent technological spread for your cash, though, with facilities that include laser light shows and high-fidelity audio.

Start saving up now, and you might get to spend your death like the movie star you never got to be in life – for just $2,820 you can get a basic plot at the famous Forest Lawn Memorial Park near Hollywood, which also has more elaborate options going all the way up to $825,000. Famous guests of Forest Lawn include Michael Jackson and Humphrey Bogart.

Our first cemetery in the million-dollar club is Woodlawn Cemetery in the Bronx, arguably the most famous cemetery on the planet. The top dollar resting place will cost you a healthy $1.5 million, but take a look at who some of your neighbors would be: Miles Davis, Babe Ruth, Herman Melville, Celia Cruz, and too many more to name. Couldn't you just die?

An even more important Hollywood cemetery than Forest Lawn is Westwood Village Memorial Park Cemetery, final home to no less than Marilyn Monroe, Dean Martin, Burt Lancaster, and so many more. In 2009, a crypt above Marilyn Monroe's burial place was sold for more than $4.6 million on eBay, hence its placement here on this list.

It costs a lot of money to die in style, but if you've got plenty of the stuff just sitting in your bank account, you may want to blow it on something truly grand after you die. If so, you could go the Gene Roddenberry route and have your earthly remains rendered much less earthy by having them fired into space. This can get expensive – as much as $12,500 a gram by some estimates, and if your cremated remains weigh somewhere between four and seven pounds, that could set you back around $34 million – a lot of money, yeah, but worth it just to imagine the look on your kids' faces after they find out how much it cost.