By Amy Lamare on January 5, 2020 in Articles › Entertainment

PewDiePie, a/k/a Felix Kjellberg is a Swedish video game commenter. His videos show him playing video games while a box at the top corner of the screen shows his reactions to what is happening. This year, he brought in $13 million in earnings, which makes him the seventh highest-paid YouTube star of the year. He recently announced that he was taking a break from YouTube via a meltdown style video in which he attacked Twitter. He published a video in mid-December criticizing YouTube's new harassment policy. In it he said he was "feeling very tired" and wanted to let his fans know that he's planning to take a break from YouTube in 2020. The next day, he posted a seven-minute video to his channel in which he went into great detail about his dislike of Twitter, particularly how the social media platform seems to promote drama.

Then, he actually deleted his Twitter account. The about page of PewDiePie's Twitter now has a link to an unverified Twitter handle @pewdiepie, which says only: "I don't use Twitter, this account is just to prevent fake accounts." His fans reacted immediately. They were divided on whether PewDiePie's departure from Twitter was cause for celebration or a big disappointment. 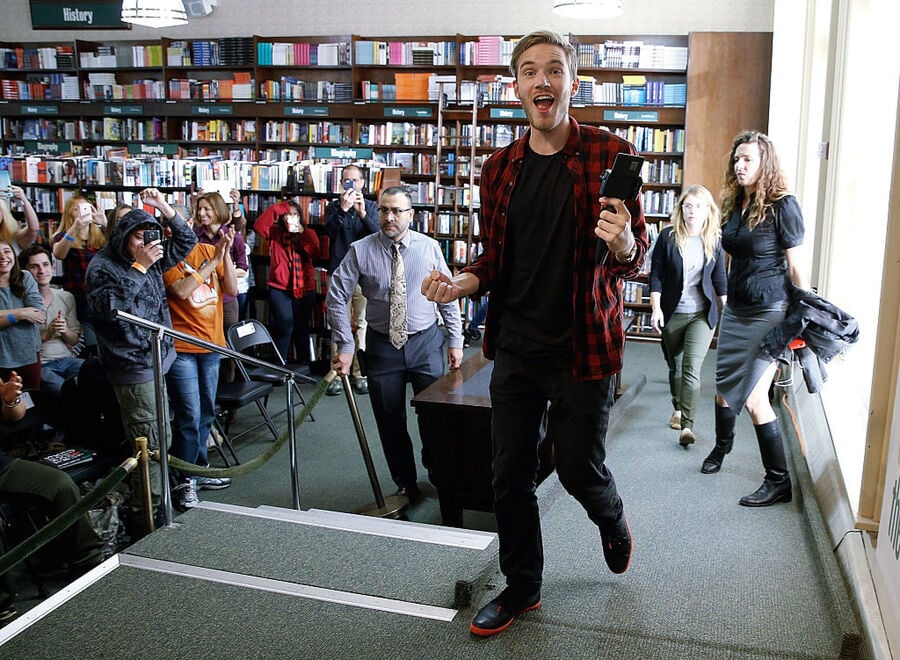 To be fair, PewDiePie has been working hard and dominating the list of the highest-paid YouTube stars for seven years. In 2012 and 2013, PewDiePie was the fastest-growing channel on YouTube. In 2013 alone, the channel grew from 3.5 million subscribers to 19 million. He gained a new subscriber at a rate of 1.037 PER SECOND, the entire year. He earned 1.3 billion video views and ended as the most subscribed channel on YouTube.

In 2016, he signed a multi-million dollar deal with Disney to develop his own entertainment network. However, Disney killed that deal just over a year later when anti-Semitic messages were found in his videos. PewDiePie posted a video that featured two men laughing as they held a sign that said, "Death To All Jews." He was found to have made 10 videos with anti-Semitic comments or Nazi imagery. This led Disney to sever ties with him. He also lost his YouTube Red show. However, over time he rebounded from this and other scandals.

PewDiePie is also a newlywed and his break could be timed to give him more time to spend with his wife. PewDiePie and Marzia Bisognin met after a mutual friend told Marzia she should watch "this idiot playing video games." She then emailed the YouTube star to tell him she thought his videos were funny. They established an online friendship that eventually became a romance.

In 2012 PewDiePie set her up with a YouTube channel called CutiePieMarzia. Her videos focused on fashion, makeup, books, movies, and beauty. It eventually became one of the most popular beauty channels on YouTube. In 2018 she retired from YouTube. For several years they shuffled back and forth between Sweden and Italy, before settling in the English town of Brighton and Hove. Marzia, a native of Vicenza, Italy, moved to Sweden to be near him. Later, they moved to Brighton, England together. Eight years after they met, they got married. It was called the Royal Wedding of YouTubers. They live relatively anonymously in the small seaside town with two pugs, one named Edgar and the other named Maya.