By Max Savage Levenson on January 18, 2018 in Articles › Entertainment

Arnel Pineda should never have made it this far. He had all the odds stacked against him; obstacles and challenges that seemed impossible to overcome. But here he was, and before him stood a stadium of thousands of screaming fans, not to mention over twenty million people watching at home. Nervous, weak in the knees, but ready to rock: the brand-new lead singer of Journey, was about to perform his first gig with the group at Chile's Viña del Mar festival. He steps out on stage, and the crowds go wild. Arnel's story is nothing short of incredible. The only reason his life story hasn't been turned into a movie, is probably because most audiences wouldn't find it believable. Arnel rose from homeless teenager to karaoke singer. He was then noticed by one of the world's most successful bands, thanks to Youtube. And the rest is history,

Arnel Pineda was born in Manila, the Philippines. As a child, he remembers his mother encouraging him to sing along to his favorite songs by artists like Karen Carpenter and Barbara Streisand. He showed early talent, so his parents entered him in singing contests. Tragically, his mother died from heart disease when Arnel was thirteen. To make matters worse, the family was thrown deep into debt. To ease the burden for his father, Arnel dropped out of school and left home to take a job collecting scrap metal and glass bottles to sell to recyclers. During this time, Arnel spent two years sleeping on benches in public parks because he could not afford an apartment. 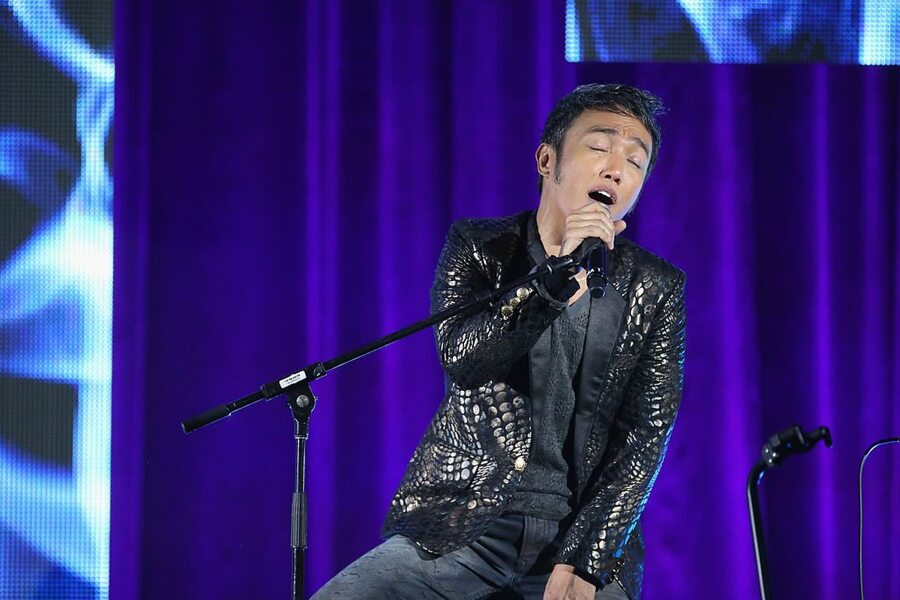 Yet, even under the even these extremely difficult circumstances, Arnel never gave up singing. In 1982, at the age of fifteen, he began singing in Filipino bands like Ijos and Arno. He also continued entering competitions. He even won the Best Vocalist Award at the Yamaha World Band Competition. Arnel was no longer homeless, he was making a modest living as a singer.

Playing in clubs throughout the Philippines, Pineda soon caught the eye of a talent agent who advised him to move to Hong Kong. There, he honed his stage performance and vocal skills in a series of clubs six nights a week for almost fifteen years! All the singing wore down his health, and vocal issues forced him to return to the Philippines to recuperate.

Pineda didn't get his first big break until 2006, more than two decades after he joined his first band! Back in the Philippines, he formed a new group with a handful old band mates and friends called The Zoo, and they put out an album in 2007. But it wasn't the album that got them recognized; it was their covers of classic rock songs by bands like Aerosmith, the Eagles and, surprise, surprise, Journey.

Videos of their cover songs were uploaded to Youtube and ended up getting a lot of attention. Around this same time, the real Journey was looking for a new singer, after vocalist Steve Augeri left the band in 2006 for health reasons. By the way, in case you're wondering about Steve Perry, he hadn't been involved with Journey since 1998.

According to Journey guitarist Neal Schon:

"I was frustrated about not having a singer, so I went on YouTube for a couple of days and just sat on it for hours. I was starting to think I was never going to find anybody.

But then…bam! There he was, Arnel Pineda, and Schon was awestruck:

"After watching the videos over and over again, I had to walk away from the computer and let what I heard sink in because it sounded too good to be true. I thought, 'he can't be that good.' But he is that good, he's the real deal and so tremendously talented."

To his amazement and utter disbelief, Arnel got a call from someone claiming to represent Journey. It seemed impossible. A prank. A dream. Certainly not reality. But then in August, Pineda, along with his manager Bert de Leon, flew to Marin County, California, for a nerve-wracking two-day audition. No surprise, he killed it. And so, only a few months later, Pineda was on stage in Chile, the crowds were going apeshit, and his dream was unfolding right before his eyes.

Journey's first album with Pineda, Revelation, was released on June 3 2008, and sold over 300,000 units in its first few days, achieving platinum status by October.

Pineda, once a teenager scrapping together change on the streets of Manila, now has a net worth of over $15 million. Perhaps more importantly, he has given an old band new energy and a reason to carry on." As Schon says, "We feel reborn. I think there's a lot of chemistry between the five of us. We feel very fortunate to have found Arnel."