By Brian Warner on March 7, 2014 in Articles › Entertainment

In 2002, VH1 compiled a definitive list of the 100 greatest One-Hit-Wonders of all time. Technically speaking, their criteria for a one-hit-wonder was any musician or band that only managed to have one top 20 hit song in America. Some would argue it's not fair to exclude international success, but even with that slightly biased restriction, the top 10 one-hit-wonders are aren't too surprising. In the top 10 you've got the Baha Men with "Who Let the Dogs Out" at #6, Gerardo with "Rico Suave" at #9 and, of course, Los Del Rio's "Macarena" which comes in at #1. Actually, I want you to take a look at the full list of the top 10 one-hit-wonders of all time:

If you are a Spotify user, I compiled a playlist of the top 10. To listen, just paste the following text into your Spotify search box: spotify:user:bluetahoe99:playlist:6Q9ykcjmBAxw6mppxImsRe

Sure, maybe the order of some of these could be moved around slightly, but even people outside of the United States would have to agree that this is a pretty great compilation of the biggest one-hit-wonders of all time. I also don't think it's unreasonable to assume that the career path of a one-hit-wonder looks like an upside down hockey stick… only with a much sharper downside. The vast majority of one-hit-wonders have a very brief shining moment at the top, then disappear into obscurity. Artists who were on top of the charts and selling out stadiums, could easily be back to flipping burgers within a year. By definition, this harsh reality is probably twice as true for one of the top 10 one-hit-wonders of all time.

Let's take an extra close look at the top 10. How would you feel if I told you that one of the above bands/singers has actually sold 70-80 million albums during their career? They've actually sold more records than Depeche Mode, Motley Crue, Green Day and even Bob Marley. And they didn't just sell these records during their brief time on the charts, but over the last several decades of consistent commercial success. As if that's not impressive enough, this band's most recent tour, which took place 25 years after their "one hit", spanned four continents with 73 mostly sold-out shows in 25,000 – 50,000 person venues. The tour generated $100 million worth of revenue. Any guesses as to which artist from the above list pulled this off? Is it the Baha Men? No. Is Rico Suave still killing it somewhere? Hopefully not. Take out your pencils and sketch book, because you are about to have a serious a-ha moment. 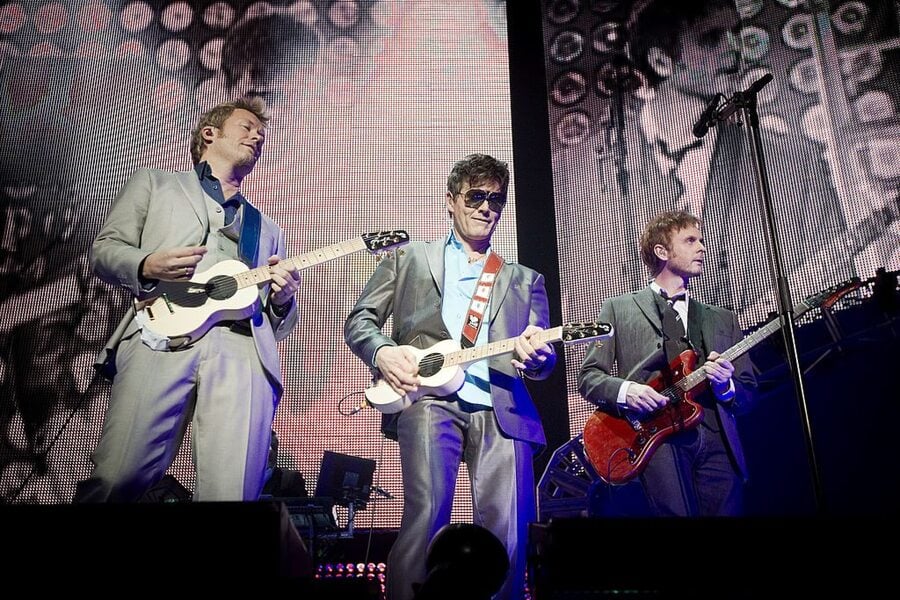 A-ha, which is actually stylized with a lower-case "a-ha", was formed in Oslo, Norway in 1982. Unlike most bands that have decades-long careers, a-has main line up has remained largely intact for more than 30 years. The founding members are Morten Harket on vocals, Magne Furuholmen on keyboards and Pål Waaktaar on guitar. For their band name, they originally set out to find a word that would be easily pronounceable in both in both Norwegian and English. When that proved impossible, vocalist Morten Harket spotted a song in guitarist Pål Waaktaar's song book that was temporarily titled "a-ha". Years later, Morten would explain that "It was a terrible song but a great name". And the name stuck. The trio spent the next six months living in London, writing songs, working on demo tapes and trying to get a record deal, without success. They eventually returned to Oslo.

One of the songs that appeared on a very early demo tape was titled "Lesson One". Lesson One, which would eventually become "Take on Me" and was largely based on a track called "The Juicy Fruit Song" that Furuholmen and Waaktaar had composed while in a previous band.

With the newly polished "Take on Me", the three men returned to London and after a few more months of wheeling and dealing, they finally landed a contract with Warner Brothers Records. Warner Bros matched the band up with a producer who was heavily influenced by the new electronic music that was coming to life in early 1980s London. Along with this producer, a-ha rushed to release a version of "Take on Me" that was remixed as more of a techno track. The single flopped badly. Fortunately for a-ha, the powers that be at Warner Brothers still believed in them. Warner Bros invited a-ha back into the studio to record their song how they wanted it. More importantly, Warner Brothers also agreed to invest a huge amount of money into what was at the time a revolutionary music video.

The music video for "Take on Me" was cutting edge at the time. The video magically wove live action footage with sketch animation. In the video, a cute girl flips through a sketch book at a diner when all of a sudden an animated hand comes out of the book and pulls her a world that is half sketched/half real life. It was shocking at the time, and honestly, still pretty impressive to this day. On Rolling Stone's list of the 100 greatest music videos of all time, "Take on Me" finished fourth, directly behind Nirvana "Smells Like Teen Spirit", Peter Gabriel's "Sledgehammer" and Michael Jackson's "Thriller" (in that order). It didn't hurt the actual song is INCREDIBLY catchy even 30 years later:

The music video with the newly recorded song were released exclusively to television stations and night clubs a month before the single was available in stores or even on the radio. This was also a revolutionary PR tactic. No song in music history had ever skipped radio and gone straight to TV before. Thanks to nearly non-stop exposure on MTV, within a month of the song being released on September 16, 1985, it was #1 on the Billboard Hot 100. It remained in the top 10 for the next 23 weeks. "Take on me" eventually hit #1 in 36 different countries and would go on to sell more than 9 million copies, enough to be one of the biggest selling singles of all time. The band's debut album "Hunting High and Low" eventually sold more than million copies worldwide. 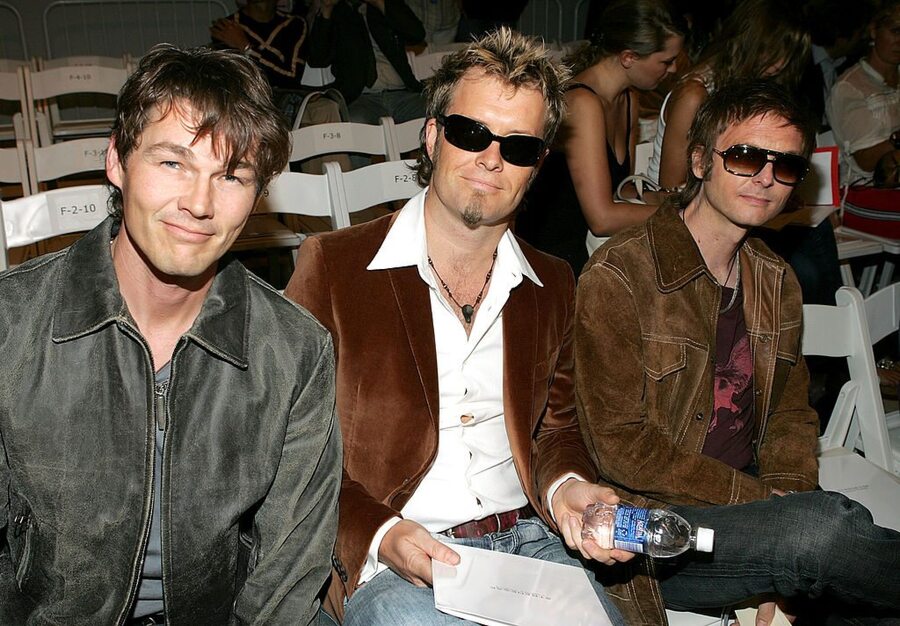 As you now know, "Take on Me" would be the band's only top 20 hit song in America. This is why many people would consider a-ha a one hit wonder. Their second and third albums did not perform well in the US, peaking at #74 and #148 on the Billboard charts respectively. Internationally however, the band remained extremely popular. Their next two albums were smash hits around the world with platinum sales charts in the UK, Germany, France, Brazil and the Netherlands. In total, the band has sold an estimated 80 million albums worldwide to date. As we mentioned before, this is more than Depeche Mode, Motley Crue, Green Day and even Bob Marley.

In 2009, a-ha announced that their ninth studio album and the accompanying "Ending on a High Note" tour would mark the end of the band's 30+ year career. Tickets around the world for the scheduled dates sold out in minutes. Dozens more shows were added. In several cities, smaller venues had to be swapped for ones with much higher capacity. In Brazil's capital city, Brasilia, the concert had to be moved from a concert hall to a soccer stadium with triple the capacity. In total, the band played 73 shows on four continents between March 4, 2010 and December 4, 2010. Between merchandise, tickets and album sales, a-ha's farewell tour generated $100 million in revenue. Enough to make them one of the highest grossing bands in the world for 2010. Today, each band member's personal net worth is north of $50 million. Not bad for a couple of one-hit-wonders who most Americans probably haven't heard from since 1985!!!