You Won't Believe The Crazy Story Of How UPS Was Founded

By Amy Lamare on July 6, 2016 in Articles › Entertainment

Today, UPS is everywhere. It is hard to drive down a street in any moderately sized or larger city in the world and not see the iconic brown trucks driving around, delivering packages. UPS is the world's largest package delivery company. UPS in 2016 is a far cry from the company's humble beginnings in 1907.

On August 28, 1907, teenagers Claude Ryan and Jim Casey had one bike, $100 borrowed from a friend, and an idea to start a delivery company in Seattle, Washington. They called it the American Messenger Company and its first offices were in a hotel basement just south of downtown Seattle.

Back in the early 20th century, not many people had phones in their homes. They communicated with each other via mail and telegrams. In the early days of the American Messenger Company, Casey and Ryan delivered telegrams. Over time, they expanded into delivering anything that they could transport on their bike or on foot. 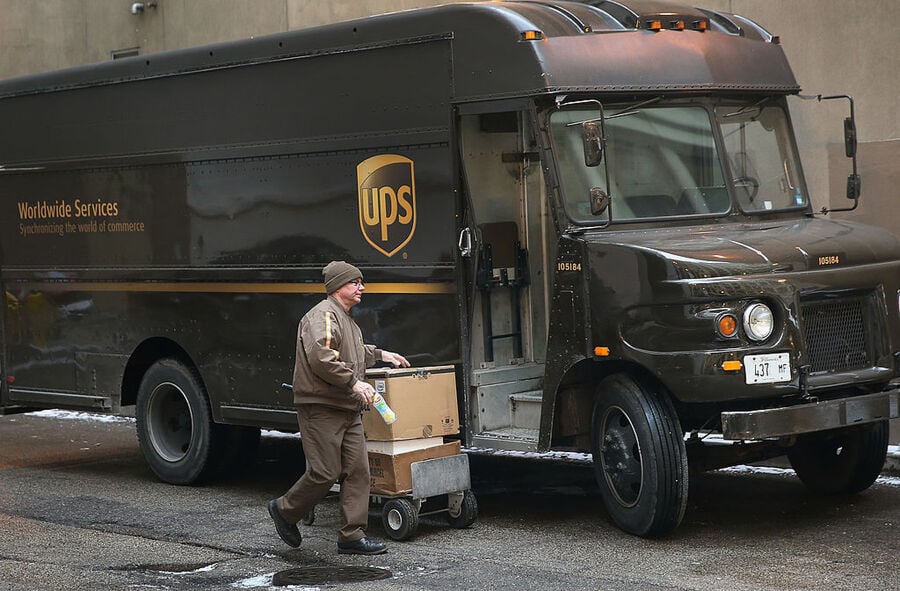 In 1913, Casey and Ryan merged their company with Merchant's Parcel Delivery. The newly merged company had a few motorcycles and a Ford Model T. By this time, more people had telephones in their homes, so Casey and Ryan started working with retail stores. They would deliver purchases to customers' homes. Consolidated delivery was also introduced for the first time, combining packages addressed to a certain neighborhood onto one delivery vehicle.

In 1919, Merchant's Parcel Delivery changed its name to United Parcel Service. UPS also began expanding to other cities. When the company introduced its now iconic delivery trucks, Jim Casey wanted them to be yellow, not brown. He was eventually convinced to make them brown because yellow trucks would be impossible to keep clean.

Casey retired from UPS in 1962. At that time, 55 years after he founded the company in Seattle, UPS was operating in 31 U.S. states with annual revenue of $550 million and roughly 22,000 employees.

Today, UPS is the world's largest package delivery company, with more than $58 billion in revenue. UPS delivers more than 15 million packages per day to more than 7.9 million customers in more than 220 countries and territories around the world and employs 444,000 people.