By Brian Warner on May 6, 2021 in Articles › Entertainment

We are living in an upside down world. A world where imaginary art sells for large – very real – amounts of money. A world where a dying video game rental store chain is one of the best-performing stocks in history. A world where a meme-based cryptocurrency – that started as a joke -now has a market cap of $80 billion.

In case you didn't know, in that last example, we're talking about Dogecoin.

For the record, at $80 billion Dogecoin now has a larger market cap than the following companies:

If you've never heard of Dogecoin, first off I'm jealous, but FYI it was literally started as a joke in December 2013 in response to the rush of numerous other "shitcoins" that had begun to flood the market.

The name is a reference to the "doge" meme. If you've never heard of the doge meme, (again I'm jealous), but FYI it's basically an internet slang way of improperly spelling "dog", among other words. The crux of the meme was a simple photo of a cute Shiba Inu dog accompanied by a bunch of nonsensical broken English phrases like "wow"… "such delish" … "good yummy".

When Dogecoin was launched at the end of 2013, the total market cap was $3.5 million. Even that was a joke. Who were these idiots paying $0.0003 for Dogecoin?

We now know that some of those idiots were future billionaires. 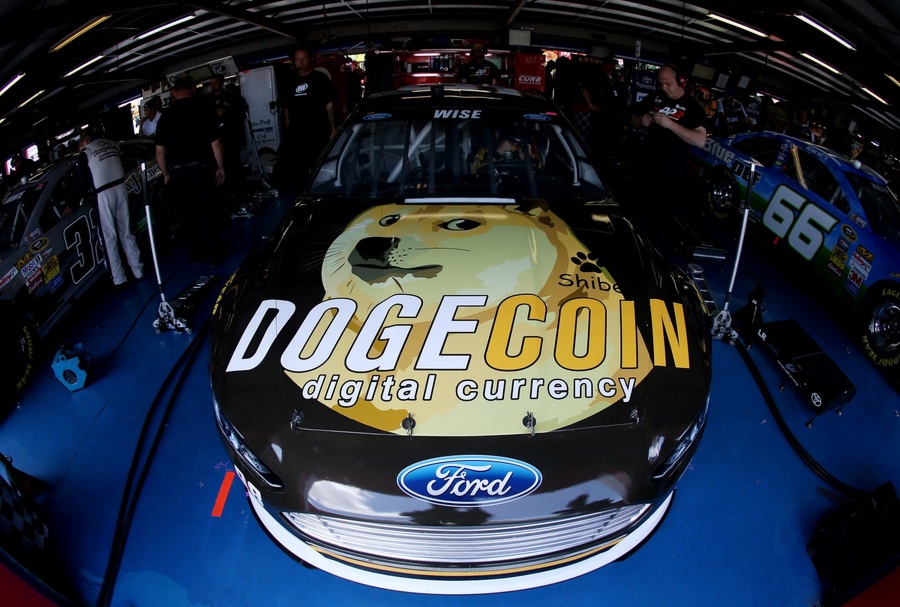 One of the creators of Doge, Billy Markus, famously thought the meme was such a silly joke that in 2015 he sold his entire stake for "roughly the value of a used Honda Civic."

Ironically, today the market cap of Dogecoin is now worth $30 billion more than the entire Honda Motor Company.

Had he held on to his 1.6 billion Dogecoins, today Billy Markus would be a billionaire. Even if my math is half wrong – or 90% wrong – it's still a ridiculous situation.

We truly live in the upside down.

Here's another fun/enraging fact that I learned on Twitter from Nick Maggiulli (@dollarsanddata):

The United States government has so far issued three stimulus checks, aka "stimmies," to qualifying Americans.

Nick has calculated how much money you'd have today if you had been stupid enough (but ultimately brilliant) to invest your full stimmy into Doge at each check's issuance.

As you can see in his chart below, had you made this (horrifically bad at the time) investment decision, today your $3,200 would be worth more than $500,000:

The funny thing is, I bet someone actually did this.

There is some brilliant asshat out there who is probably shopping for a Ferrari right now. Or maybe he should just continue holding and in a few years he'll buy the entire company of Ferrari…