By Amy Lamare on July 6, 2019 in Articles › Entertainment

Back in 2008 when Brian Chesky, Joe Gebbia, and Nathan Blecharczyk came up with the idea for Airbnb it was pretty simple. It was October 2007 and San Francisco was hosting the enormous Industrial Designers Society of America conference. All of the hotel rooms in the city were sold out. Chesky and Gebbia, who were roommates at the time, had an idea. They turned their apartment into a bed and breakfast for conference attendees. They didn't have extra beds or even bedrooms, but they did have three air mattresses. Three people stayed with them and Chesky and Gebbia charged each of them $80 a night. Airbnb was born (and the cash strapped new college grads were able to pay their rent).

That was then and this is now, and you can pretty much Airbnb anything from someone's extra bedroom to a tree house to a teepee to a castle. Now, a whole new class of Airbnbs has hit the market – the luxury Airbnbs like a Polynesian Island that rents for $1 million.

Airbnb Luxe went live on Tuesday, June 25th with 2,000 new listings. The new listings offer some of the most extravagant homes in the world. Everything from the aforementioned private island to medieval castles are available to rent for an average asking price of $14,000. That island we keep mentioning? It is a private atoll near Tahiti with 21 bungalows and a staff of 50. And yeah, it's $1 million for a week. That's $20,000 per person for 21 people. 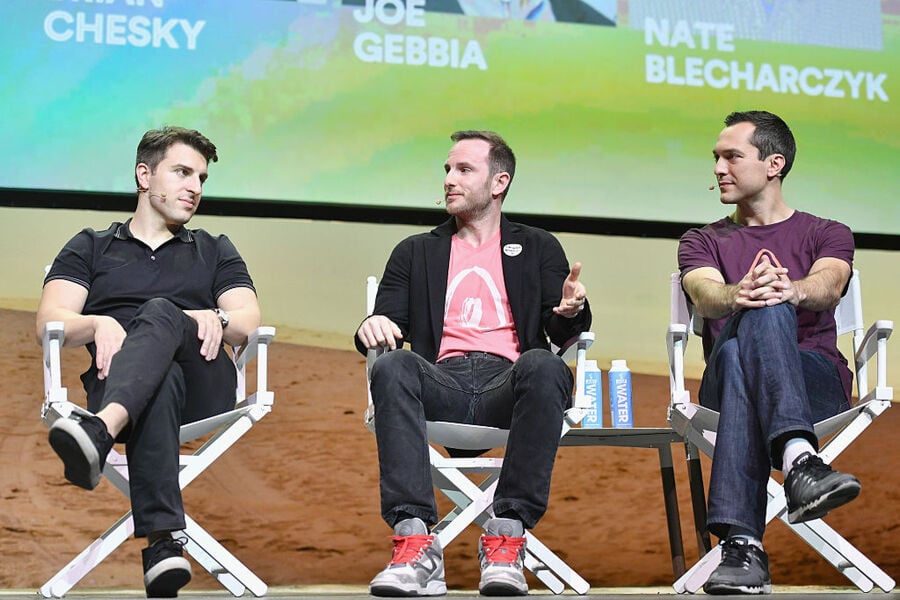 Eshan Ponnadurai, the global marketing director of luxury for Airbnb said: "People are growing up with Airbnb, Someone that started in their early 20s renting a room at $100 a night and is now growing in affluence may want a room at $1,000 a night."

Airbnb debuted in 2008, for the record. How were you doing in 2008? How are you doing today? Has your nightly room rental rate multiplied by 900%?

More to the point, Airbnb has become part of our cultural dialogue. Renting out your home to a stranger just isn't as strange an idea as it was 11 years ago. In the past people who've been reticent to rent their homes out – even super rich people – all know someone who've rented an Airbnb at some point. The proliferation of Airbnb has legitimized it. Just two years ago, in 2017, only 36% of travelers with an income over $100,000 stayed in home rentals or alternative accommodations. In 2019, that number is 59%.

Airbnb Luxe will allow the company to cater to the world's richest and most demanding travelers.

In April, Airbnb took over 10 floors of 75 Rockefeller Plaza in Manhattan with plans to convert them into 200 apartments style suites that will only be available on Airbnb.

The new luxury tier gives Airbnb a nice new revenue stream as well. The company takes a percentage of the cost of each booking made through them. So these pricier properties will generate higher margins for the $31 billion privately held company.

When a customer books a property with Airbnb Luxe, they also get free access to a trip designer who arranges the logistics of check in, custom local experiences, and services ranging from child care to in house massage therapists to private chefs. Airbnb employs 20 trip designers that are available around the clock for VIP support. Homeowners must apply to be a part of Luxe and their property is then reviewed by an internal team that checks off a 300 point list dealing with everything from the home design to the water pressure in the showers.

The move into luxury rentals is the next step in the diversification of Airbnb's business before its IPO, which is expected in 2020. The company is seeking to become an end to end travel platform. One day, customers may be able to book flights through the Airbnb app as well.

In 2018, the demand for luxury properties by Airbnb customers increased by more than 60%.

Properties included on Airbnb Luxe are Fleming Villa in Oracabessa, Jamaica where Ian Fleming found the inspiration for James Bond. That goes for $4,455 per night with a three-night minimum.

And then, there's Nukutepipi, the private island in French Polynesia, with 21 bungalows that rents for $146,183 per night with a seven night minimum.