Over the past 20 years, Yevgeny Chichvarkin has been a billionaire, a jetsetter, and he's played polo with princes. He's also been broke AF, a wanted man in Russia, and a political exile. He can never say his life is dull or uninteresting. Today, he's a shopkeeper running Hedonism, London's  hottest wine retailer with more than $20 million worth of wine and spirits in stock. His customers include David Beckham and Mark Wahlberg. Hedonism is an over-the-top wine emporium that has been shaking up London's wine scene since it opened in 2012. Walking into the shop is like entering another world. Hanging on the walls are dozens of hands, claws, and tentacles holding bottles of the California cult wine Sine Qua Non. The floor features a see through panel to show off a moving mobile sculpture that looks like tree roots. Oh, and by the way, a bottle of Sine Qua Non can set you back $1,250 for a magnum of its 2000 Grenache. And for Hedonism, that's a downright bargain.

Sine Qua Non isn't even close to the most expensive bottle 44-year-old Chichvarkin's Hedonism sells. A 1992 Napa Valley cabernet sauvignon from Screaming Eagle will cost you $54,240 for a magnum. A 1945 Chateau Mouton Rothschild sells for $22,421. Dom Perignon from 1973 can be yours for $4,509. On a budget? Hedonism also sells bottles in the $40 range. 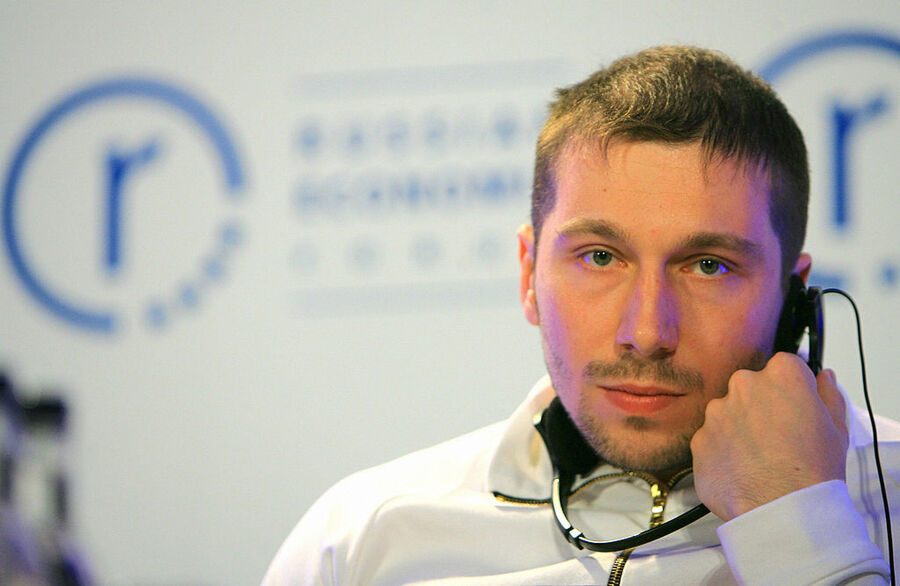 For all its eccentricities, Hedonism isn't just a hobby for a wealthy expat who enjoys the finer things. Hedonism brought in more than $2.5 million in profit in 2017 and Chichvarkin is routinely contacted by people in other countries about franchising his operation. Hedonism isn't Chichvarkin's only enterprise, either. He calls himself an "anarchist-capitalist" and plays polo with Princes William and Harry. Chichvarkin is the proprietor of fine dining establishment Hide. The three-story restaurant features tasting menus that run from $145 to $768 per person. Chichvarkin has invested $39 million in Hedonism and Hide.

Chichvarkin fled his native Russia for the U.K. in 2008, one of many wealthy oligarchs to do so, giving London the nickname "Londongrad." Then in the spring of 2018, Russian intelligence agents landed in London and poisoned a former spy with a nerve toxin so strong it killed a local woman and made two other Brits very ill. As a result of the national outrage that followed that incident, the U.K. government sent 23 Russian diplomats packing and cracked down on the "golden visas" – the residency permits for wealthy people who invest in Britain. Billionaire Roman Abramovich found himself on the receiving end of the new British hostility toward Russian emigres when his visa wasn't renewed. Abramovich is the owner of the Chelsea Football Club. Of course, he's also a friend of Vladimir Putin, so there's that.

Before fleeing Russia, Chichvarkin was the proprietor of an electronics retail chain called Evroset. He built the company into the biggest mobile phone retailer in Russia. In 2008, Evroset had more than $3 billion in annual sales. Chichvarkin owned half the company and had a net worth of $1.5 billion. In September 2008, he and his business partner were planning an IPO. But Russian prosecutors derailed that plan when they accused Evroset of evading duties on imported mobile phones. Chichvarkin was then charged with the kidnapping of Evroset's former logistics supervisor. He denies involvement in this. And really, when it comes to the Russian government it is hard to know what is real and what is made up. When they decided someone is too successful, they tend to seize the business and ruin people's lives. As charges against Chichvarkin and his partner mounted, they sold the company for $400 million to another Russian billionaire.

Then, a few months later, Chichvarkin was driving through Moscow with a friend a few days before Christmas when he was gripped with the sudden conviction that the Russian police were about to arrest him. He laid down in the backseat and asked his friend to take him to the airport. He boarded the next flight to London. He didn't have any luggage. He felt he was running for his life, and he probably was. The Russian government spent years trying to extradite Chichvarkin. The more they tried, the more outspoken Chichvarkin's criticism of Vladimir Putin became.

Then, in 2012, exiled in the U.K, Chichvarkin could only watch as a deal valued Evroset at $2.6 billion. Today, he has a net worth of more than $100 million. He is still too scared to return to Russia, even though charges against him were dropped in 2011.

To console himself, he's reinvented himself as the gastronomic king of London, which doesn't seem like a bad life at all.