By The Time He Was 25, Arnold Schwarzenegger Was A Multi-Millionaire. And It Had Nothing To Do With Acting.

By Amy Lamare on March 6, 2017 in Articles › Entertainment

It goes without saying that Arnold Schwarzenegger is one of the most famous actors in the world. He is instantly recognizable from one end of the planet to the other for his string of box office successes that date back more than three decades. But did you know that Arnold has been a multi-millionaire since his early 20s? And did you also know that his first fortune had absolutely nothing to do with acting? That's right. Long before he was Conan the Barbarian or the Terminator, Arnold was rolling in cash. Was it family money? Hardly. Arnold grew up dirt poor in a house that didn't have hot water or electricity. So how did he do it? Let's take a look at how Arnold Schwarzenegger muscled his way to millions.

Arnold Schwarzenegger was born July 30, 1947 in Thal, Austria. His father was the village police chief and money was tight growing up. In fact, Arnold once commented that the highlight of his youth was when his family could finally afford to buy a refrigerator! His father wanted him to become a soccer player, but Schwarzenegger chose a bodybuilding career instead. While still in his late teens, Arnold won several bodybuilding contests in Europe, including Mr. Olympia. 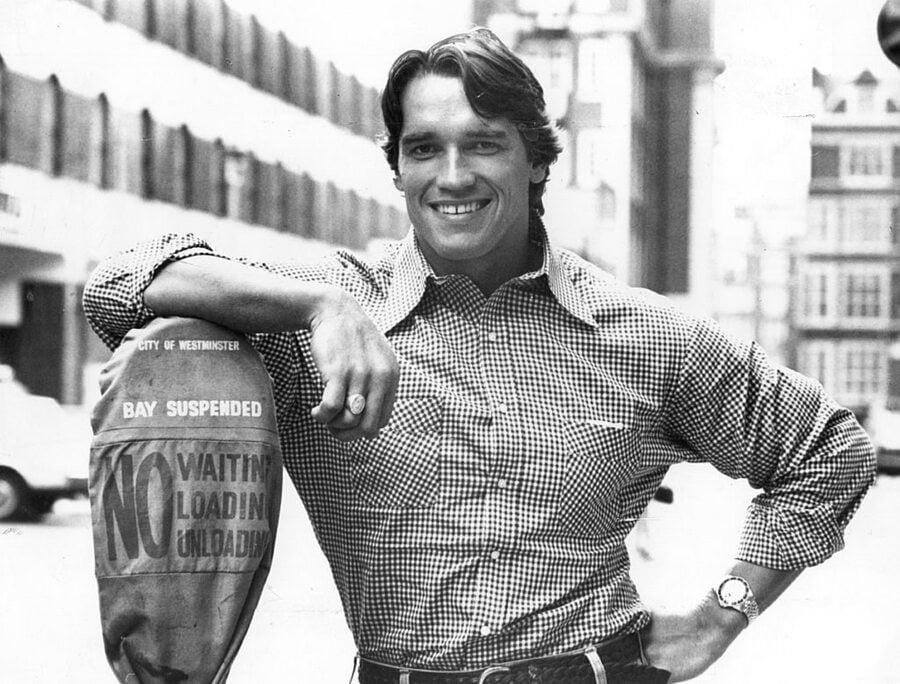 After winning the Mr. Universe competition three years in a row (four if you count his one year as an amateur), Arnold packed up his belongings and moved from the tiny town of Thal, Austria to Los Angeles, California. His thick Austrian accent and slow speech gave some people the impression that he wasn't smart, but Schwarzenegger was, in fact, a very ambitious and intelligent young man.

It was 1970 and he had visions of Hollywood stardom in his eyes. Those acting roles were still a long way off, however, so he set up shop at Gold's Gym in Venice Beach to keep doing what he did best – pumping iron. Arnold wasn't your typical new immigrant looking for the American dream. All of those body building championships had actually set him up pretty well. He came to the states with $27,000 in cash saved up mainly from body building prize money. He also made some money from a mail-order bodybuilding equipment company and a small role in the 1969 "Hercules in New York". FYI, $27,000 in 1970 is worth roughly $182,000 today after adjusting for inflation. 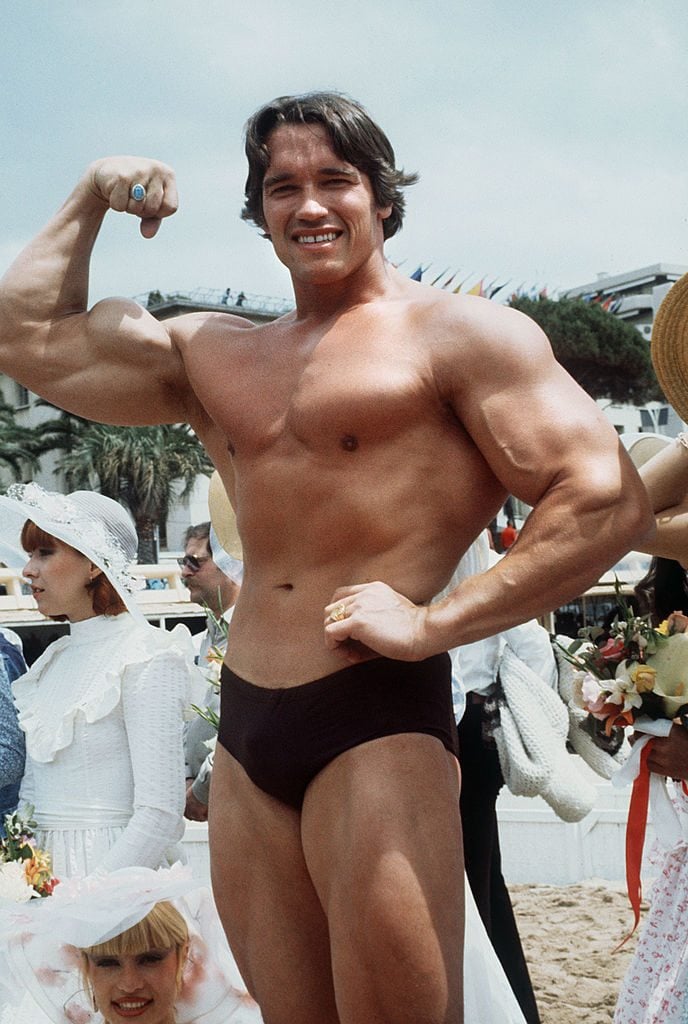 Conan the Barbarian was still more than a decade off and his career in Hollywood and politics would flourish much later in life. In the meantime, Schwarzenegger decided to take the money he'd saved and put it to good use.

One of his earliest frustrations with American life was that it seemed everyone was content to live in a rented apartment as opposed to a home they owned. Arnold had never lived in a place where renting was even an option. He thought it was totally crazy to throw away money like that. So what did he do? Bought the building of course!

Arnold used his body building savings as a down payment for a building that cost $214,000 and contained four apartments. Amazingly, he sold the building a year later for $360,000. So what did he do next? Bought another building of course! This time, Arnold took his profits and bought a 12 unit building. When he sold that one, he bought a 36 unit building, then a 100 unit building. Every time Arnold sold a building he shrewdly used the profits to buy the next one, avoiding taxes and increasing his potential future profits.

Arnold was buying up apartments, condominiums and even office blocks in the 1970s in Los Angeles. He bought a building in Santa Monica for $450,000 and later sold it for $2.3 million. He made $7 million from selling a Nevada office building which he had picked up for next to nothing years earlier. He clearly had an eye for emerging real estate markets and benefited from being in the right place at the right time. Over the next thirty years, the California real estate market had exploded. If he had gotten started in real estate just a few years later, he never would have been able to afford to get into the game.

Incredibly, before Arnold turned 25, nearly a full decade before he was a working actor, Arnold had earned a multi-million dollar real estate fortune! In fact, it's not a stretch to say that the real estate profits actually helped Arnold's acting career. Unlike most starving actors, Arnold had money in his pockets. This allowed him to avoid coming off as hungry and desperate at auditions. It also allowed him to be pickier with the roles he was being offered. He didn't need to accept every bit part that came his way just to make ends meet. He could be patient and wait for the perfect parts to pop up.

Meanwhile, Schwarzenegger was hooked on real estate investing – and can you blame him? In a period of just six years, he'd gone from a fresh off the boat Austrian immigrant to a real estate millionaire living the American dream. He began looking for real estate opportunities all over the country. Back then, he could barely speak English. Today he owns massive chunks of real estate across his adopted homeland.

Schwarzenegger continues to own several property holding companies that own real estate in Los Angeles (mostly in Venice Beach). He has a stake in a complex of office buildings, high end houses, and other properties. In total, Schwarzenegger has more than 100 business ventures contributing to his net worth of $300 million.

But keep in mind, long before Arnold was a world famous actor or the Governor of California, this body builder from Austria was a real estate millionaire!