Would You Get Shot By The LAPD For $4.2 Million?

By Brian Warner on April 24, 2013 in Articles › Entertainment

Back in February, a former Los Angeles cop named Christopher Dorner went on a violent killing spree that subsequently launched the largest manhunt in the history of the LAPD. Dorner ruthlessly attacked police officers and civilians. In the end he killed four people, including two civilians, and wounded three police officers. During the manhunt, Southern California police accidentally fired upon and wounded several innocent civilians. Fortunately none of these casualties were fatal. But they did end up being expensive for the city of Los Angeles. This begs a morbid question: If you knew you would survive without any serious damage, what's the least amount of money you would take to get shot by the LAPD?

Dorner's anger and subseqent rampage all started over an alleged case of police brutality. Interestingly, Dorner wasn't the one who was accused of using brutal force, it was his training officer. Dorner got into trouble because he allegedly lied about the extent of the brutality in order to get his superior fired. Once a disciplinary committee found that Dorner's claims were false, they terminated him from the force. Dorner believed the firing was unjust and vowed revenge on those who he saw as his persecutors. 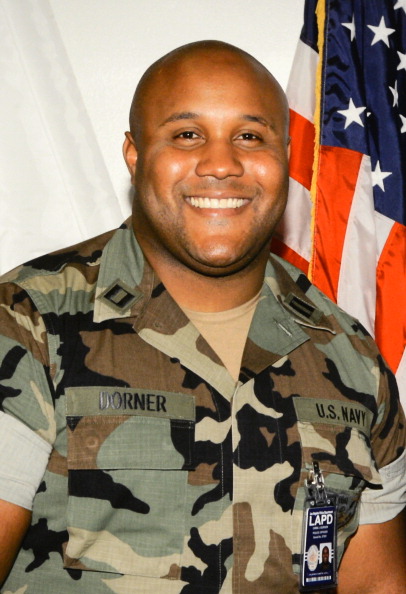 Dorner's manhunt and rampage lasted less than a week but during that time tensions were very high in Los Angeles. The rampage came to a bloody conclusion in the mountain ski town of Big Bear. Police shot pyrotechnic tear gas into the cabin where he was hiding. Somehow, the tear gas caught fire which caused Dorner's ammunition to explode. The cabin was quickly engulfed in flames and Dorner was burnt to death.

The LAPD's most embarrassing incident related to Dorner's manhunt occurred in the early morning hours of February 7th. Officers had been on the lookout for Dorner's gray Nissan Titan.

At around 5am, 47 year old Margie Carranza and her 71-year-old mother Emma Hernandez were delivering newspapers outside the home of one of Dorner's alleged targets. Margie and Emma were driving in a blue Toyota Tacoma.

Details at this point are sketchy, but somehow the cops who were guarding the alleged target mistook these two women in a blue truck for Christopher Dorner and proceeded to fire over 100 shots at the truck. Emma Hernandez dove onto her daughter to shield her from the bullets and was shot in the back. Margie suffered wounds from the broken glass. Thankfully the women survived the incident, but both were severely traumatized. In a separate incident on the same morning, officers in a nearby beach town shot at a surfer in his truck on the way to the beach. The surfer was not injured. Here is a picture of the aftermath of the Tacoma shooting:

Earlier today the city of Los Angeles announced that they have reached a settlement with the two women in the Tacoma for $4.2 million. The settlement came surprisingly quick, many predicted the case would drag on for years. The attorney representing both women explained that he believed they could have gotten as much as $15 million through a series of protracted lawsuits and appeals, but that process could have taken 10 years and would have been expensive. $4.2 million today without a fight seemed like an amount both sides could feel happy about. The city also agreed to pay $40,000 to pay for a new truck.

So, when it's all said and done, would you do it? Would you be willing to get shot by the LAPD for $4.2 million assuming you would survive without any serious physical damage? You'd also get a brand new truck!