By Brian Warner on October 2, 2012 in Articles › Entertainment

The "worst call in history" that happened during last week's Packers-Seahawks game turned out to be the luckiest call in history for a Canadian gambler named Gino DiFelice. The call was so embarrassing that it essentially forced the NFL and commissioner Roger Goodell to settle their three month labor dispute with the striking official referees practically overnight. The call also gave Gino DiFelice an extremely unlikely (and slightly undeserved) final win on a 15 game parlay that turned his $5 initial bet into more than $725,000! 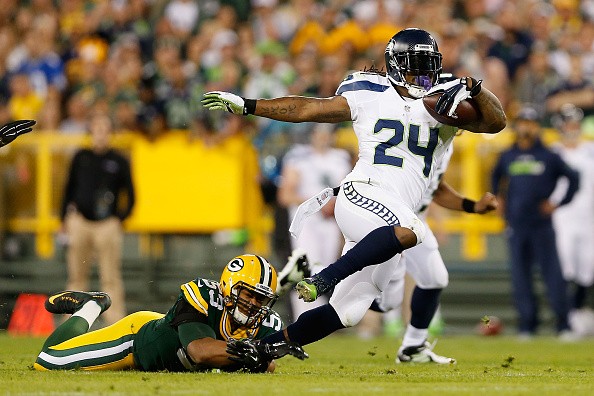 In case you were living under a rock last week, in the final minutes of Monday Night Football the Seattle Seahawks threw a Hail Mary pass to the end zone. The pass was clearly caught by Packers safety M.D. Jennings who landed on the ground only to have the ball pulled from his hands by Seahawk wide receiver Golden Tate. The entire world saw a Green Bay interception which should have ended the game with a 12-7 win for the Packers. Unbelievably, the replacement referees on the field somehow called it a catch for Golden Tate, giving Seattle a 14-12 victory after a successful field goal.

Meanwhile, with less than 2 minutes left on the clock Ontario resident Gino DiFelice had given up all hope that the Seahawks could pull out a win. Was Seattle his favorite team? No. Does he hate the Packers? Not really. Did the Seahawks represent the 15th win in a thus far unbeaten 15 game parlay? Yes. For those who are not gamblers, a parlay is when you string together multiple bets into one big wager. The more bets you string together, the harder the odds and the bigger the payout. The big catch (no pun intended) is that you need to win every single bet in the chain to be a winner. If you win 14 out of 15 bets, even though that would be an incredibly lucky feat, your wager would pay nothing.

Since this was Monday Night Football, Gino DiFelice was going into the game with a perfect 14-14 parlay so far. But he still needed the Seahawks to beat the Packers otherwise his bet would be worthless. Incredibly, Gino's daughter was responsible for picking the underdog Seahawks, because she preferred their uniforms over Green Bay's. Like most people watching, Gino assumed he had lost his bet after watching the play live. To his amazement, the refs on the field somehow called it a touchdown. Then the play was under review. When the touchdown ruling was upheld, Gino and his entire family went insane. They stayed up till 5 in the morning waiting to see if the NFL would overrule the call and reverse his luck. That never happened and today the DiFelice family is $725,274 richer. Gino joins the ranks of other lucky betters like the insanely lucky Giants fan whose $1000 bet that the first play of last year's Super Bowl would be a safety turned into $50,000.