By Mark Kurlyandchik on September 2, 2015 in Articles › Entertainment

Everyone loves a good rags-to-riches story of the self-made millionaire – or, more impressive these days, billionaire. But when it comes to media moguls, most of their fortunes were made in previous generations. The markets are saturated, the competition fierce, and conglomeration runs rampant. As such, just a handful of families control large swaths of the media, with just a few individual exceptions. These are the world's richest media moguls.

The younger brother of S.I. Newhouse Jr. is the president of Advance Publications, founded by his father. Donald runs the newspaper side of the company while his brother focuses on Condé Nast. Amidst declining newspaper circulation, the company has begun to shift to a "digital-first" strategy under the leadership of Donald's son Steven.

Jim Kennedy is the grandson of Cox Enterprises founder and two-time Ohio Governor James Cox. His mother, Barbara Cox Anthony, was the youngest of James' three children and served as Cox Enterprises' director for a time. When she died in 2007, Kennedy inherited 25 percent of the company and is now its chairman. Blair Parry-Okeden is Kennedy's sister and has no role at the company despite also inheriting a quarter stake.

Samuel Newhouse Jr. owes his media fortune to his namesake and father, the founder of Advance Publications. Newhouse Sr. purchased a controlling stake of the failing Staten Island Advance in 1922 and brought it back to profitability. From then on, his strategy would be to buy the oldest newspaper in a growing community as well as its rival, and then merge the two. He never had a formal office for his burgeoning media empire and was said to keep all the accounting in his head, opting to work from a brown leather briefcase and not much more. Upon his death in 1979, Newhouse transferred ownership to his two sons. Today, S.I. Newhouse Jr. is the chairman and CEO of Advance, which includes dozens of newspapers across the country, numerous business journals, the entire Condé Nast portfolio of magazines and digital assets, a controlling stake in Discovery Communications, and the popular social news platform Reddit.

Along with Michael Bloomberg, John Malone is the only other media mogul on this list to have made his own fortune. Also like Bloomberg, Malone branched out into the world of media after making his initial fortune elsewhere — in this case the world of cable television equipment. In 1974, Malone was appointed CEO of Tele-Communications Inc., a struggling cable provider, which, by 1981, he transformed into the largest cable company in the United States. Today, Malone is the chairman and majority owner of Liberty Media, which includes interests in TruTV, two CBS affiliates, Starz Media, The Weinstein Company, and Sirius XM Radio.

In 1925, Brazilian Irineu Marinho launched a morning newspaper in Rio de Janeiro called O Globo to complement his afternoon newspaper, but died three weeks after its founding. His son, Roberto, inherited the paper and became a journalist there. Over the next few decades, Roberto would expand the family news business into radio and television, eventually running the largest media conglomerate in all of Latin America (Grupo Globo). When Roberto died in 2003 at the age of 98, Grupo Globo was inherited by his three sons José Roberto, João Roberto, and Roberto Irineu.

The Australian-born head of News Corporation inherited the Australian media company formerly known as News Limited from his father in 1952. This became the foundation of News Corporation, which today is the world's second-largest media conglomerate and includes The Wall Street Journal, book publisher HarperCollins, and 21st Century Fox, among others.

Atlanta-based media company Cox Enterprises has made a lot of money for the descendants of founder James M. Cox, and no one has received more than his daughter Anne Cox Chambers. Founded in Dayton, Ohio, with the Dayton Daily News, the company now controls the third-largest cable provider in the country, 16 television channels, 86 radio stations, four metro newspapers, Kelly Blue Book and Autotrader, and much, much more.

David Thomson and his family top the list of richest Canadians, thanks to the company that David's grandfather Roy started in 1934 when he acquired the newspaper Timmins Daily Press. The Thomson Corporation media empire grew to include The Times of London and Scottish Television and numerous daily newspapers in the United States. When David's father, Kenneth took over the company in 1976, it was worth about $500 million. When David took over from his father in 2006, it was worth almost $30 billion. Two years later, the company acquired Reuters and became Thomson Reuters, with David at the helm.

The former New York City mayor is exceptional on this list, in that he made his own fortune and didn't inherit it, albeit it wasn't exactly in media to begin with. Bloomberg's first $10 million was earned from a severance package from a Wall Street brokerage firm. He used the money to launch Innovative Market Systems in 1981 and introduced Bloomberg Terminals, which let traders view real-time financial data anywhere in the world. By 1990, Bloomberg expanded into the world of media with Bloomberg News. Today, Bloomberg's media entities include Bloomberg Businessweek, Bloomberg Television, and radio station WBBR, among others. 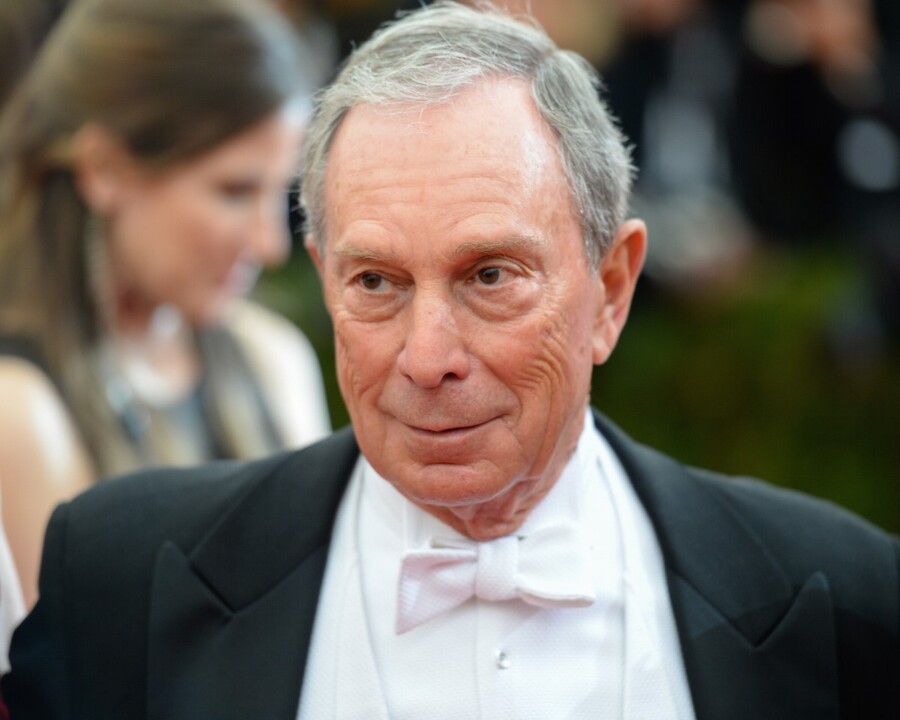