By Amy Lamare on December 18, 2013 in Articles › Entertainment

Mom and Dad told me that I had to both attend and finish college otherwise, I'd amount to nothing. Did you hear that in your house too? While that is quite often true, as the following list of mega-rich billionaires proves, having a college diploma isn't always a hard and fast rule for success. Having an excess of entrepreneurial spirit, talent, ambition, a superior I.Q., and a willingness to work extremely hard can definitely prove to be worth far more than your degree from Harvard, Stanford or Yale. Now, to be fair, the billionaires on the list below actually had the smarts to attend the top tier schools, but most of them eventually dropped out to pursue their entrepreneurial vision. Out of the top 1000 billionaires in the world today, exactly 73 dropped out of school to make a fortune. Keep reading to find out who are the top six richest college dropouts in the world.

Take, for instance, the case of Michael Dell. He was a biology major at the University of Texas who spent more time tinkering around with the pieces and parts of a computer in his dorm room than studying and going to class. When he should have been boning up on anatomy and physiology, Michael Dell was selling the brand new computers he built in his dorm room through ads he placed in local Austin, Texas newspapers.

Oh, and by the way, this was all during Michael Dell's freshman year in college. My freshman year it was all I could manage to do to get out of bed after the ragers on fraternity row. Instead of hitting up burgers and beer at Sigma Chi, Michael Dell was selling those computers and making $80,000 a month. It's no surprise he decided not to return to school for his sophomore year.

Michael Dell was 19 years old when he dropped out of the University of Texas to start and run Dell, Inc. Within a few years, his annual sales grew to more than $100 million. Today, Michael Dell's net worth is $15 billion.

Steve Ballmer and Bill Gates go way back. All the way back to Harvard, where they lived down the hall from each other. Microsoft's CEO enrolled at Harvard to study mathematics and economics—and he did complete his bachelor's degree. He was at Stanford's MBA program when he made the WISE decision to drop out to become Microsoft's 30th employee. It takes a certain amount of chutzpah to leave a Stanford MBA to join a start up, especially back before the dot-com boom. Of course, as the 30th employee, Steve Ballmer's salary entitled him to a share in the company, which turned into his $16 billion net worth. I'd call that a leap of faith that paid off, big time.

I've written about Sheldon Adelson in the past. Adelson might just define the term go-getter. The man knows how to hustle. He grew up in a poor area of Boston and worked as a paperboy to help support his family. After Sheldon Adelson dropped out of college, he took a job as a court reporter making minimum wage. Soon after he joined the Army. After the Army, Adelson took a job as a mortgage broker and investment advisor. A number of bad moves and bad luck caused the future mogul to lose his entire $5 million (in 1968 dollars, $33 million today) fortune not once, but twice. Sheldon Adelson didn't let that slow him down, however. In the early 1970s he got into the new trend of taking apartment buildings and converting them into condos. At a trade show for condo developers, he had an epiphany.

That epiphany led to the creation of COMDEX – the Computer Dealers Expo in 1979. The timing was spot on. The personal computer revolution was about to begin and Las Vegas was being reborn as a major tourist destination. I am sure I don't need to tell you what happened next. COMDEX grew into a MONSTER for the computer industry and the largest trade show in Las Vegas.

Adelson made money hand over fist with COMDEX and, as one does when they have a bunch of money and live in Las Vegas, he set out to buy a hotel. In 1988, Adelson and his partners bought the legendary Sands Hotel and Casino, (the former hangout of Frank Sinatra and the Rat Pack) for $128 million. Adelson redeveloped the property, adding a shopping mall and a convention center.

To make a long story a bit shorter, Adelson sold COMDEX in 1995 for $862 million, making $500 million all for himself in that sale. He had a half billion dollars in the bank and a $1.5 billion line of credit, so Sheldon shed his partnerships and various other business interests and set out to build the Venetian Resort Hotel and Casino which opened in 1999.

Today, the Las Vegas Sands Corp is the largest casino company in the world with annual revenues of more than $11 billion. Thanks largely to his 52.3% ownership stake in the company, Sheldon Adelson's personal net worth today is $35 billion.

Mark Zuckerberg became the youngest self-made billionaire in the world at the tender age of 26-years old. Zuckerberg famously dropped out of Harvard, where he was studying psychology and computer science to go to Silicon Valley and grow the baby social network he founded at Harvard into the ubiquitous one we know today as Facebook.

Zuckerberg founded Facebook with his college roommates at Harvard – Eduardo Saverin, Andew McCollum, Dustin Moskovitz, and Chris Hughes. The social network was first available, obviously, at Harvard and later expanded to other college campuses. To join, you had to have a .edu email address. Once the group moved Facebook's HQ to Palo Alto, they opened up membership nationwide to everyone, regardless of student status. (Apt, considering Zuckerberg's now dropout status.) 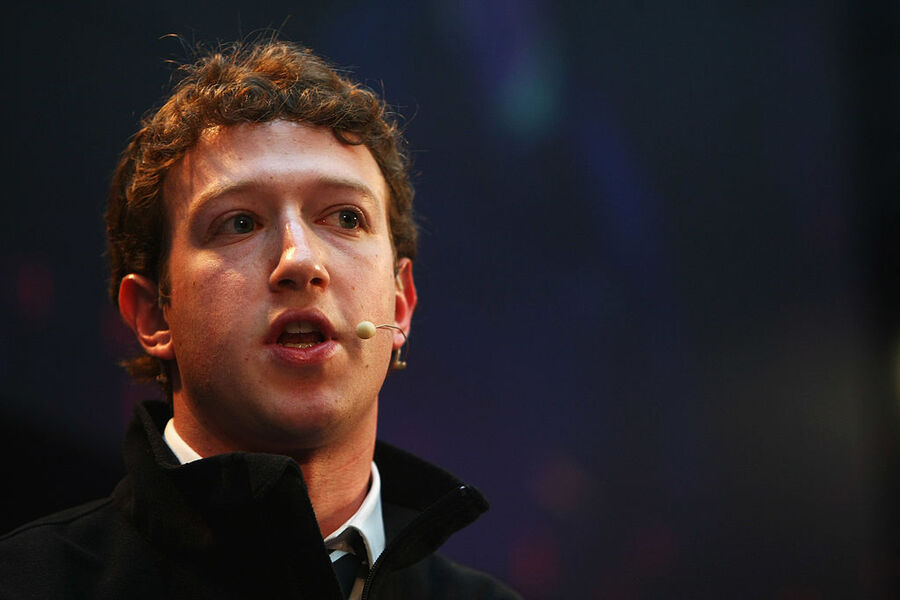 Larry Ellison was a sophomore at the University of Illinois when his adoptive mother passed away, prompting him to drop out to deal with family matters. He then enrolled at the University of Chicago for a single semester before dropping out again to move to California in 1964. At that point, his family might have wondered what would become of their son, the college dropout, who moved to California in the 60s where all the hippies were.

Well, needless to say, they didn't have to worry for long. In 1977, Larry Ellison founded the company that would become Oracle. His decision to move to northern California was prescient as it put him right where he needed to be when Bill Gates, Steve Ballmer, and Steve Jobs were doing their thing and getting the software and computer innovation and revolution underway.

We all knew this list was leading up to the main man, Bill Gates. Possibly the world's most famous and definitely the world's most successful college dropout, Gates left Harvard to move to California and start Microsoft. In 1973, Bill Gates was a pre-law major at Harvard, but he'd been programming computers since 8th grade and that didn't stop once he was at college. The release of one of the first manageably sized home computers – the Altair 8800 – was Gates' personal tipping point. He took a leave of absence from his studies at Harvard in 1975 to set up a software company with Paul Allen. That company is Microsoft. Gates received an honorary degree from Harvard in 2007. My only question is – what took them so long?