The World's Most Luxurious Playroom

By Paula Wilson on June 14, 2012 in Articles › Entertainment

Children are cute, and every parent or grandparent has a tendency to want to spoil them.  That is until they begun to get too dictatorial.  In general, that is when any spoiling stops.  However, for a few ridiculously wealthy people, spoiling a child is a sign that you can afford to give them whatever they want.  For these parents, nothing is too over-the-top for their bundle of joy.  Whether it is a birthday cake for a one-year old that costs as much as a four-year college degree, or a one-of-kind doll with the same price tag as family sedan, some people pride themselves on providing their children with the very best, or at least the most expensive.  Recently, a playroom at the Jade Ocean condo in Florida made headlines, as it is apparently the most luxurious playroom ever constructed.  Filled with pieces from the extremely high-end children's shop, Genius Jones, the playroom looks more like a museum than a place to get downright silly.  The room features child-sized Philippe Starck chairs, a small grand piano, a mini Alfa Romeo, and enough graphic black and white wallpaper and flooring to make a child wonder if they have stepped into a vintage film.  Floor-to-ceiling windows look out onto a nearby terrace.  The condominium itself is equally over-the-top, with touch-screen interior control in all units, concierge services, two pools, a private beach club, a full-service spa, a fully equipped health club, and a 24-hour business center.  The penthouse condo is reportedly on sale for $6.9 million.  While all of this luxury is well and good, if the entire condo complex is as cold and impersonal as the playroom, the ownership may have trouble finding any takers. 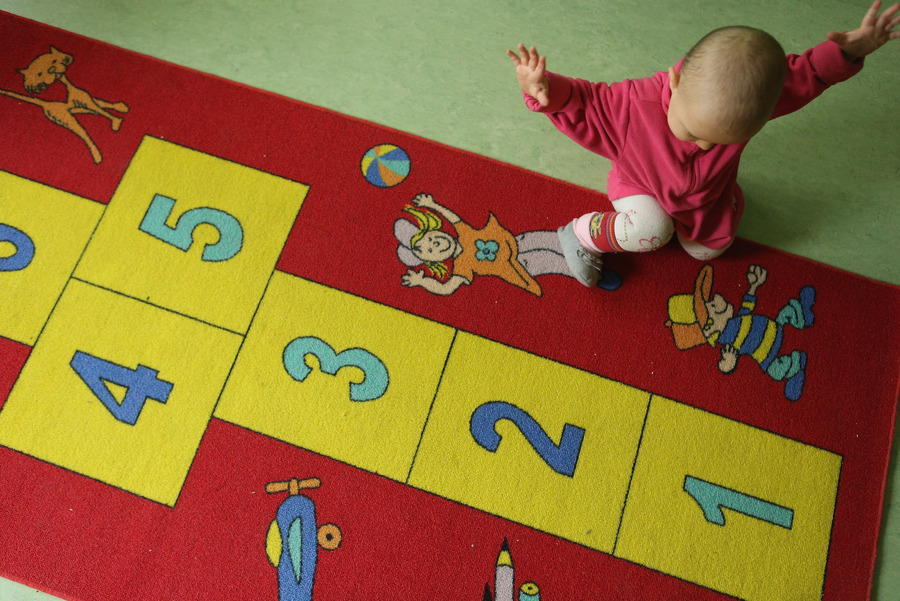 Sean Gallup/Getty Images
Did we make a mistake?
Submit a correction suggestion and help us fix it!
Submit a Correction