World's Most Expensive Ruby Sells For Staggering Amount At Auction

Diamonds may be a girl's best friend, but you can't go wrong with a huge ruby, either. An enormous 25.59 carat Burmese ruby set a world record earlier this week when it sold at auction in Geneva for double the amount for which it was expected to sell. According to Sotheby's, the ruby went through a competitive bidding period on Tuesday and sold to an anonymous Swiss bidder for $30.3 million. The large pigeon blood ruby is considered to be one of the rarest of all gemstones.

The "Sunrise Ruby" from Myanmar was part of a collection of Cartier jewels up for auction. It was expected to sell for between $12 million and $18 million. The sale set a record for a ruby and also for a Cartier jewel at auction. The sale price of $30.0 million was just over three times the previous record for a ruby, which was a stone called the Graff Ruby, sold in November 2014. The Sunrise Ruby is now the most expensive precious gem in the world that is not a diamond. 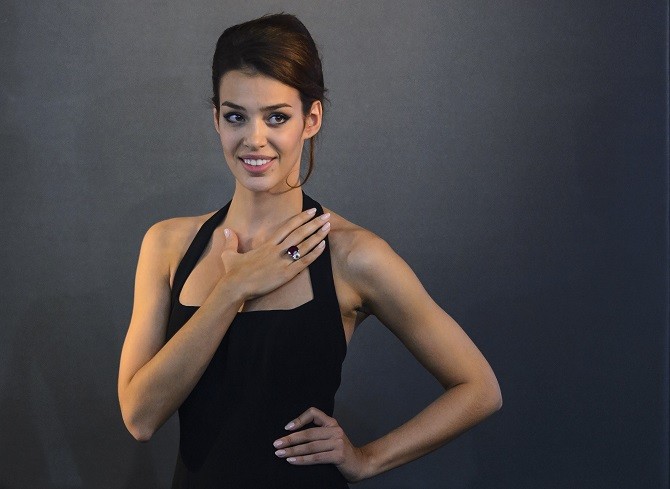 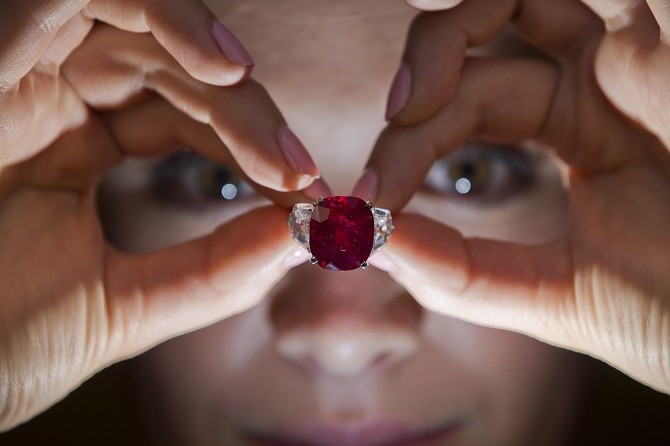 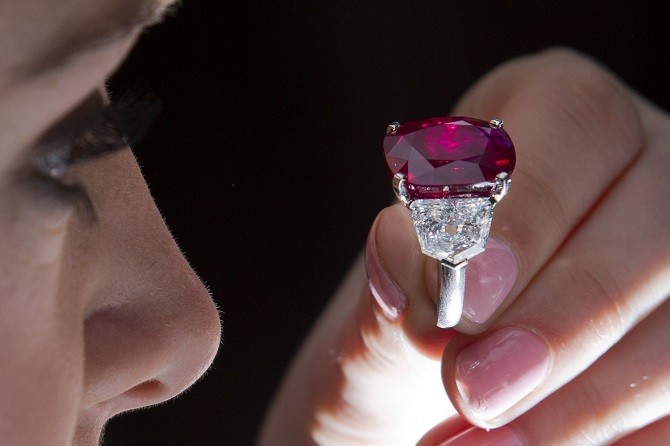 The ruby was auctioned off alongside an 8.72 carat rare pink diamond that sold for $15.9 million, and was believed to have once belonged to Napoleon's niece, Princess Mathilde, as well as reclusive heiress Huguette Clark, who died in 2007. The stone is known as "The Historic Pink" and is mounted on a ring in a classic non-modified cushion cut. The stone only recently reappeared – it had been kept in a bank vault since the 1940s.

Also at Tuesday's auction: a pair of Cartier earrings with sapphires from Myanmar and diamonds, which sold for $3.9 million.