By Joseph Gibson on July 12, 2012 in Articles › Entertainment

You might remember that back in May that Edvard Munch's iconic painting "The Scream" sold at auction for $120 million. That sum made "The Scream" the most expensive painting ever sold at auction, but the identity of the buyer was kept a secret. Until now. It has been revealed that American billionaire Leon Black, who is known as an avid art collector, is the wealthy individual who paid the record-breaking sum for the iconic painting. 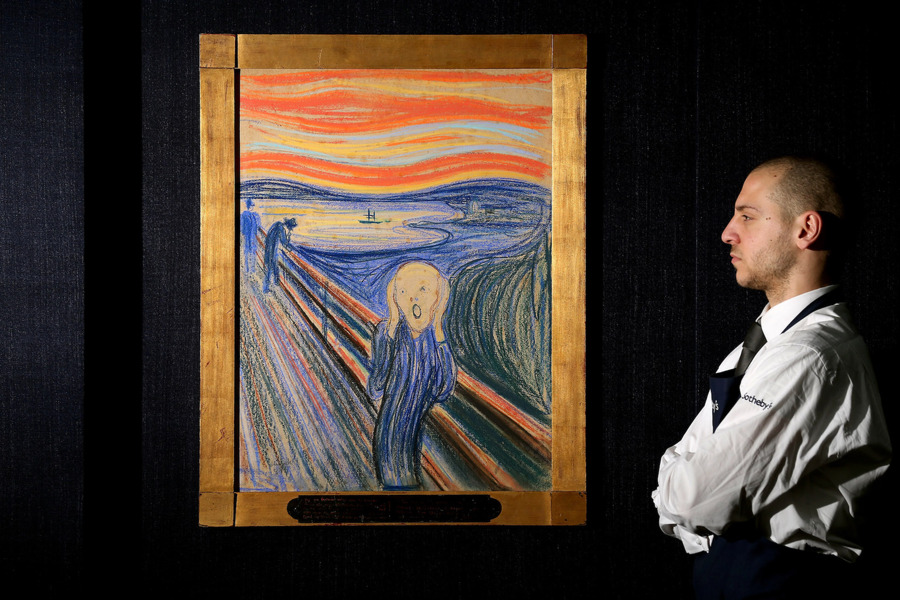 As for what he plans to do with the painting, that remains to be seen. Those close to Black are unsure what his intentions are, and whether or not the painting will be loaned to an art museum (where some would say it belongs). Although such a loan would seem to be fairly likely, especially when you consider that Black sits on the executive boards of not just one but two art museums: the New York Metropolitan Museum of Art and the Museum of Modern Art. So clearly this is a man who supports and appreciates the institution of the art museum, and it would seem somewhat out of character for him to keep such a beloved and respected piece all to himself.

Black's auction win was back on May 2nd. The auction was a somewhat heated one, with Black and other bidders driving the price up and up and up to its final point, which turned out to be the highest price ever reached for a painting at auction.

The Edvard Munch masterpiece, painted in 1895, is one of the most famous in the history of art. Munch actually painted four versions of The Scream – the other three currently reside in museums in Norway. Interestingly, two of those paintings were subjects of theft that were later recovered and returned to their museums. Where would you keep The Scream if you owned it? In your living room? Bedroom? Bathroom? Let us know in the comments!