The World Series of Poker (WSOP) is probably the most famous gambling event on the planet. Around for decades, recently the WSOP recently made its biggest gamble ever, one that turned out to be a million dollar winner.

Since the poker boom of 2003, the WSOP gradually added events to its calendar, which also expanded into November with a live telecast of the WSOP Main Event. The tournament even added a $1 million event for the best, and richest, players on the planet.

So what's bigger than a million dollar tournament? The Colossus. This isn't a cyborg or plot to a new sci-fi movie. It was a $565 No-Limit Hold'em event. This is the smallest entry fee this millennium for the WSOP. It was also the riskiest.

The goal was simple: create the largest live poker tournament ever. To entice interest, the WSOP guaranteed a $5 million prize pool. The largest previous live tournament field was 8,773 entries in the 2006 WSOP Main Event. 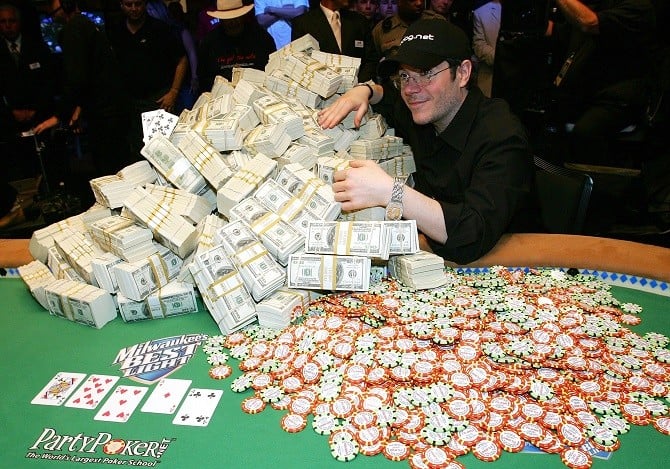 As with all gambling, with the risk comes a reward. For a sport that has lost its luster with Black Friday, more online play and a steady decline in tournament entries at select tournaments, the Colossus brought poker mainstream media attention. It also brought accessibility to the WSOP, where many events have entries fees of $2,500 or higher. For casual players who always wanted to enter a WSOP event, this was a chance to say they could do it without breaking the bank.

The gamble payed out, and then some. The tournament broke a record with 14,824 entrants. Because of the tournament structure, players who busted out early were allowed to reenter. As result, the final field was 22,734. At $565 a pop, that's $12,844,710 in entry fees. The prize pool finished at $11,187,000. More than 2,200 people ended up making money. The smallest payout was nearly $1,100. Lance Garcia had a slightly better day. He outlasted 22,733 entries to win the first ever Colossus and the more than $600,000 (and fancy bracelet) that comes with winning the tournament. That left nearly $1 million for the WSOP organizers, not to mention the free publicity and money spent in Vegas during the tournament.

For something that could have been a colossal bust, the Colossus proved to be a major boost to a sport looking for its next boom. And at $565 an entry, it makes the perfect gift for the poker fan in your life.