By Paula Wilson on July 9, 2014 in Articles › Entertainment

Football (soccer) is a religion of sorts in much of the world. Everything stops for the big games, and the World Cup is about as big as it gets.  Earlier this week, as everyone nervously prepared to watch what was sure to be an epic match-up between hometown favorite Brazil, and football juggernaut Germany – (Spoiler Alert – Germany basically drop-kicked Brazil) – a small circle of people were watching another important, and equally unpredictable occurrence.  They were watching the stock market.  One of the more interesting effects of everyone plunking down in front of the television to watch football within the same short window of time, is that no one is buying or selling.  In some areas, commerce virtually ceases.  It's not just the lack of customers that can affect the market, either.  Whether a team wins or loses, can also have an impact.  In other words, football is actually really bad for business around the world, and some stock brokers are chewing on their nails as they wait for everyone to get back to work.  We all know how rough the World Cup was on Brazil's economy with regards to the hosting preparations, here's a look at what the games are doing to the rest of the world… 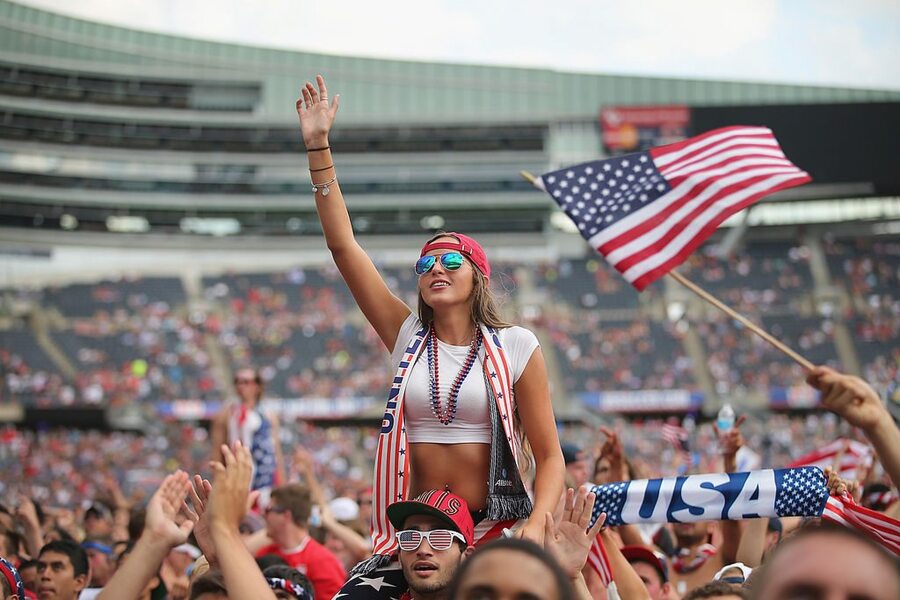 It turns out there are multiple reasons football can cause the stock market to fluctuate.  Three separate studies of the economics of international sports were conducted between 2010 and 2014 and each report yielded some very surprising results. Some of the data almost seems counterintuitive.  Whether a team won, lost, how long they stayed in a championship, how many years the team had existed, even which countries had historically good teams, affected trade in noticeable ways.  Researchers learned that it was actually possible to track the popularity of football from country to country, based on what the stock market did during major games.

De Nederlandsche Bank conducted a study of Italy and France during major matches in which those countries national teams were eliminated.  Researchers Michael Ehrmann and David-Jan Jansen were interested in how tournament losses affected trade.  They collected data during matches that were played during, after, and before business hours.  Using STM stocks that provided exchange rates for both Paris and Milan as their subject stock, they watched what happened when Italy and France ran into trouble on the pitch.  After collecting the data, they compared the stock performance to numbers collected at similar times on non-match days.  When Italy or France lost, the stock market lost, too.  Not only did it drop on the day of their loss, it often stayed low for a few days afterward.  Their conclusion, was that the emotions surrounding losing a major football match had an "irrational effect on the world markets".  When people were upset about their team losing, they stopped participating in trade! 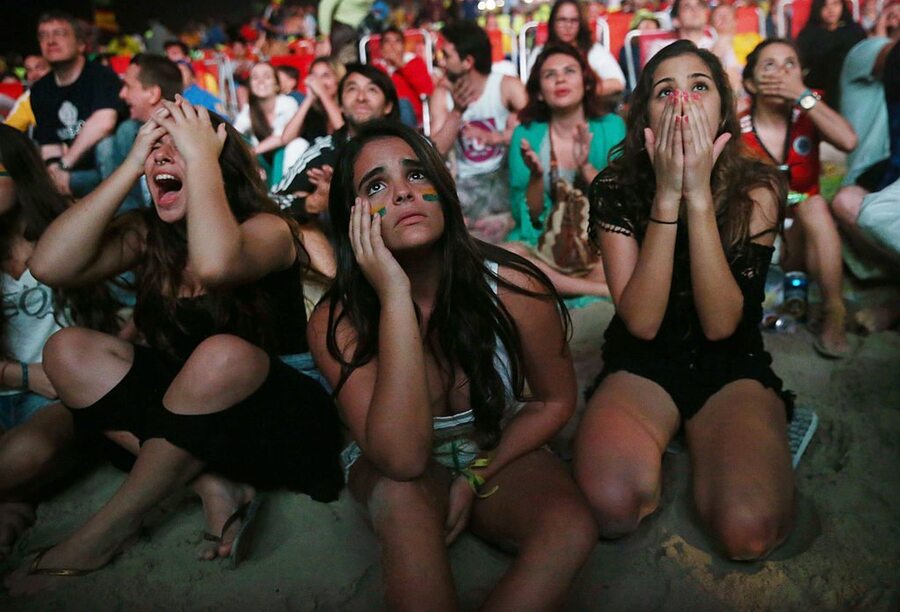 A group of researchers at London Business School conducted a similar study.  They looked at what happened to the stock market whenever the most popular sport in each country was having a major tournament, not just football.  Part of the study examined England's lost to Italy and Spain's loss to Holland in the World Cup, along with nearly 1100 other football matches.  They followed the stock market trends of 39 countries.  Their findings regarding football were quite clear. They found that the more popular football was in a country, and the longer the team had been in existence, the more profound the effect on the market.  France, Argentina, Brazil, Germany, Italy, Spain, and England all experienced major market fluctuations during World Cup matches, European Championship play, and the Copa America.  Researchers Alex Edmans, Diego Garcia, and Oyvind Norli found that when there was a loss, the stock market of the losing country did worse than the rest of the world.  Generally speaking, the losing country saw a 0.5% dip the next day, "even after controlling for other determinants of stock returns".  Even when the stocks didn't dip, the country still did more poorly than similar countries.  What was most interesting about their findings, was that the few countries who welcomed their losing teams home with fanfare and pride, did not experience the same economic dip as losing countries who seemed devastated.  Teams that won had no particular affect on the stock market at all.  It lead the research team to wonder "whether the stock market is affected by fundamentals such as dividends, or unemployment, or by emotion and psychological factors?"

Another study conducted in 2010 by The European Central Bank, looked at what happened to each market whenever a particular team was on the field during the 2010 World Cup.  Dubbed "The World Cup Syndrome", the study found that trading volume dropped off drastically during games in which the traders' home country was playing.  The affect was most pronounced during the hosting country's games.  They examined Italy, England, Spain, the Netherlands, France, Switzerland, the US, Portugal, Germany, South Africa, Mexico, Brazil, Argentina, and Chile.  Interestingly, the only country whose stock market volume remained constant whether the National Team was playing or not, was England.  Apparently traders don't watch a lot of football in the UK.

Football really does have a profound impact on the world, and it extends far beyond the pitch.  For many people, their national identity is wrapped up in the game.  The sport represents more than just a pastime or a fun family outing.  Instead, it is representative of international standing, power, and respect.  With all that riding on a game, it's no wonder that the stock market dips after a major football loss.  It's a wonder anyone even bothers coming out of the house.