By Brian Warner on March 16, 2014 in Articles › Entertainment

How do you react when you see a particularly destitute-looking person begging on the streets? Do you drop a few coins? Maybe offer to buy them a meal? Maybe you cross to the other side of the street and just keep walking. Regardless of how you react, I guarantee that your heart would have sunk if you ever came across an elderly female beggar named Eisha in the Saudi Arabian city of Jeddah. From the outside, Eisha appeared to be living a life that you would not wish on your worst enemy. She wore tattered rags on her frail body and was completely blind in both eyes. Clearly she had been begging for many years. Perhaps even decades. I can't even begin to imagine how difficult her life was. Well, it turns out Eisha was was living with an absolutely shocking secret.

Eisha spent her entire adult life begging in the streets of Jeddah. Her mother was a beggar. Her sister was a beggar. When all three women were alive, they worked the streets together every day. At night they would combine all their coins into one big pile. After her mother and sister died, Eisha kept at it on her own. She also lived an extremely frugal life and all those coins slowly added up. At some point in the late 90s, Eisha decided to convert the bulk of her savings into gold. This would turn out to be a very wise decision because gold happened to be trading at historically low prices. As the price of gold rose, so did Eisha's fortune.

When Eisha died earlier this week, a family friend came forward to reveal that the 100 year old "beggar" was in fact a millionaire. Over the decades, Eisha had managed to stash away a fortune that included dozens of gold bars, rare jewels and even real estate. Amazingly, this "homeless" person actually owned four apartment buildings! As crazy as it sounds, Eisha periodically could be found begging in front of buildings that she actually owned. If all this wasn't shocking enough, it turns out that many of the families living in Eisha's buildings were formerly homeless and were given the apartments rent free for life.

In total, Eisha's assets at the time of her death were estimated to be worth 4 million Saudi Riyals which is equal to $1.07 million US dollars. And even though she was technically a millionaire, she never stopped begging right up to the day she died. When a friend asked why she continued to beg despite being so wealthy, Eisha responded that she "was preparing for hard times".

What do you think of Eisha's story? Admittedly I'm not sure how I feel. Was she crazy to live like that? Is her story inspirational or just plain stupid? By continuing to beg even though she had over $1 million, was she taking advantage of people? Please let us know what you think! 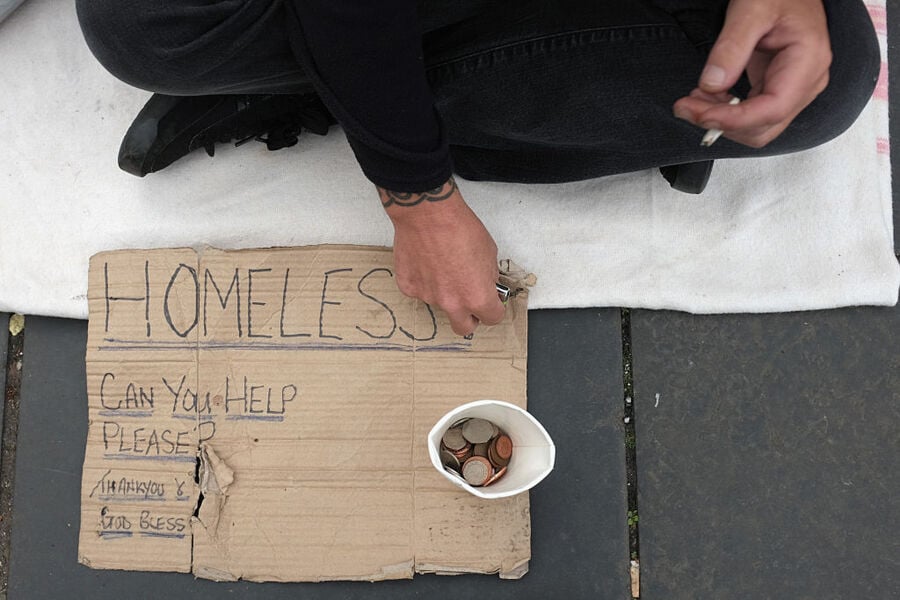 Jeff J Mitchell/Getty Images
Did we make a mistake?
Submit a correction suggestion and help us fix it!
Submit a Correction