By Brian Warner on December 25, 2014 in Articles › Entertainment

Being a movie star is the greatest job in the world. What other job allows you to fly first class all over the world (or in a private jet) to stand around for a few hours and recite words that someone else wrote? You get pampered and worshiped everywhere you go. You stay in the nicest hotels and eat at the finest restaurants while members of the opposite sex throw themselves at your feet, desperate for an ounce of your attention. Oh, and as an added bonus, while all of this is going on, you get paid millions and millions of dollars. Maybe even tens of millions. And as if all that isn't enough, when you're a huge superstar, people will line up to pay you tons of money to do totally ridiculous things. Don't believe me? Just ask Kevin Hart…

You may have noticed that we here at Celebrity Net Worth have pretty much stayed out of the Sony hacking scandal. I just haven't found a lot of the leaked emails all that interesting or worthy of discussing at length in an article. Until now.

A Twitter user named "BikiniRobotArmy" recently discovered an eyebrow-raising email exchange that took place between a movie producer named Clint Culpepper and a group of Sony executives about Kevin Hart. 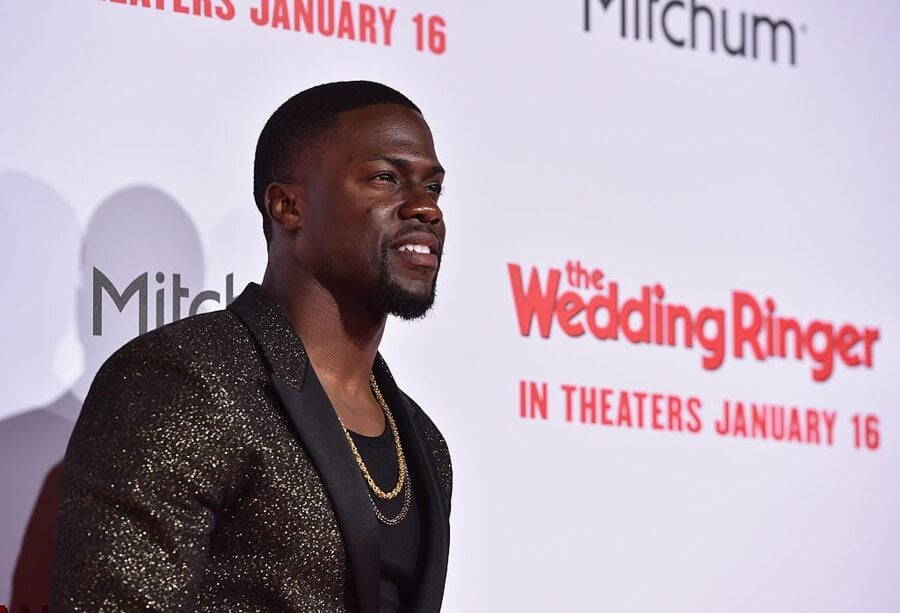 The email exchange started because one of the Sony execs wanted to see if Clint could get Kevin to send a positive tweet out about their Denzel Washington movie "The Equalizer". The unnamed Sony exec explains that they are "making the last push against black and hispanic auds" (audiences). Culpepper responds by saying with the following:

"Yep. He owes us. I also got him to tweet on NGD. We paid him an extra 2M to tweet on 2 pictures. Let me see what I can do. What would you have him tweet? A :15 spot saying check it out and I can't wait to see this? Or "how excited am I to see Equalizer this weekend?"

In case you were wondering, NGD stands for "No Good Deed", which is an Idris Elba/Taraji P. Henson movie that came out in September. And just to be extra clear, what Clint is saying is that he paid Kevin $2 million to send two tweets about upcoming Sony movies. Also FYI – When he asks about a ":15 spot", he's asking if the Sony execs want Kevin to include a link to a 15 second trailer when he tweets about The Equalizer.

Eight minutes later, one of the Sony execs responds: "We are finishing up some great Af Am [African American] targeted TV – will have a :15 spot for him to tweet. Maybe with a "can't wait to see this" message".

A different Sony exec then replies:

"He'll have to add something like how he can't wait to see this shit happen or personalize it about Denzel. We recently told him to stop tweeting so much so I have to be strategic in how I get him to do it 🙂"

I couldn't figure out if Kevin ever ended up tweeting about The Equalizer. He tweets like 100 times a day so it's hard to dig through them all. But someone on the interewebs did find his No Good Tweet from September 12, 2013 at 7:15am, which he sent out to roughly 15 million followers.

As you can see, the tweet got 166 retweets and 366 favorites. That has to be a pretty pathetic return on a $1 million dollar investment. Right?? Well, maybe not! Considering the fact that No Good Deed earned $52 million on a budget of $13 million… despite getting just a 10% ratting on RottenTomatoes, maybe Kevin's tweet was money very well spent!

The downside of these emails is that they really highlight the fact that we probably shouldn't place too much trust in what we read in celebrity twitter feeds. Who knows the real reason someone is sending something out to their followers. On that note, I know from an inside source that one VERY famous rapper (who I can't name) doesn't even know how to use his own twitter or Facebook account. But that doesn't stop him from tweeting non-stop throughout the day, including some tweets that are clearly paid promos. How is this possible? Well I also know from my inside source that the person who is sending his tweets is actually a middle aged white woman on his payroll.

Now will everyone please stop reading the internet and go watch The Interview! My bros Seth Rogen and James Franco killed it! Check out the trailer!