You Won't Believe The Amount Of Money Someone Is Willing To Spend To Be In The Next Madden Video Game!

By Marvin Jules on December 11, 2015 in Articles › Entertainment

If you go back as recently as 20 years ago, many regarded video games as something reserved strictly for children. Fast forward to the 21st century; with the advances in technology, the hyper realism in video games, and the introduction of online play, you'll find adults playing video games just as often, if not more than kids. Take a game like Call of Duty, for example, which has over 100 million players worldwide. To put this number into perspective, based on current world population statistics, if Call of Duty players formed their own country, it would be the 13th most populous nation in the world! Add into the equation professional gaming leagues such as Major League Gaming, which have rapidly growing worldwide fanbases, and it's clear to see that video games are no longer child's play.

With that being said, how much would you actually PAY to be in your favorite video game? $10? $100? $500? Well, the amount that some people are willing to pay to be in an upcoming video game may just blow your mind. 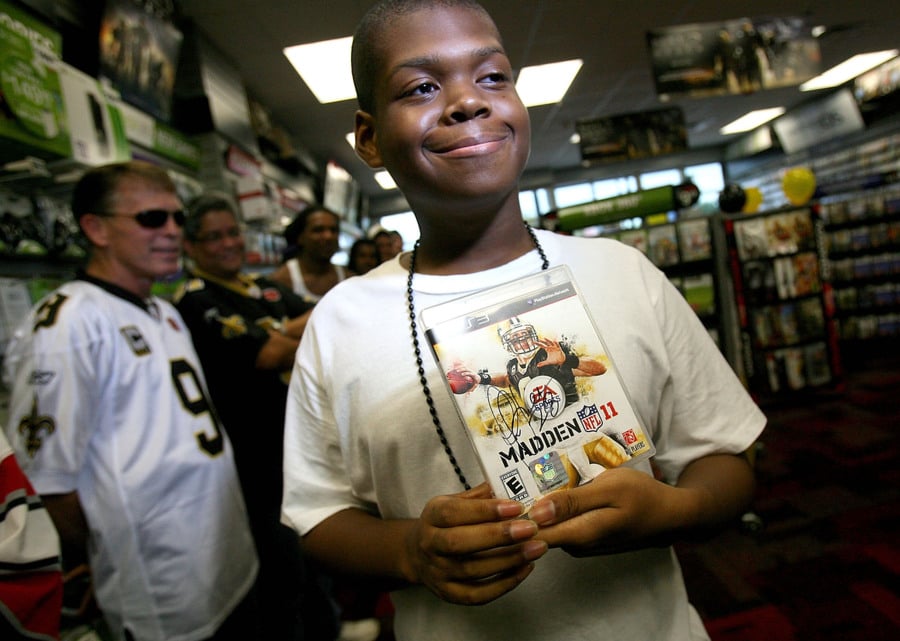 The ACLU of Southern California is currently currently auctioning off the opportunity to become a playable character in the next release of the Madden NFL video game series. According to the listing, which you can see for yourself here, the winning bidder will submit their name, height, weight, age, skin tone, hair color/length, accessories, and the college they attended, to be in the video game. But that's not all. The winning bidder will also be able to choose the attributes they want, whether that involves being a fast and agile runner or a deep threat receiver.

Pretty cool stuff, right? Would you be willing to pay $10,000 for it though? Well, if not, then you can forget about being in the next Madden game, because that's what the current bid amount is at right now, and it could potentially rise. The auction ends on Thursday.

I think I'll be just fine with creating my own player.