What Happens When A Huge Summer Blockbuster Ends Up Being A Turd? It Usually Gets Dumped In February

By Paula Wilson on June 26, 2014 in Articles › Entertainment

"Jupiter Ascending" is the latest movie written, directed and produced by Matrix-masterminds, The Wachowskis. With a budget of $175 million dollars and starring Mila Kunis and Channing Tatum, the movie was was supposed to be THE big summer blockbuster for Warner Bros in 2014. So you can understand Hollywood's collective shock when Jupiter's release date was suddenly bumped from a July 2014 opening to February 2015.  With a simple one line press release, one of the most highly anticipated movies of the last few years was relegated to the doldrums of February. With so much talent and so much money at play, it seems mind-boggling that a failure at such a large scale can still happen. And not just every once in a while, but fairly often. How is this possible??? And what happens once the movies are finally spit out in the entertainment deadzone of mid-winter?

Backing the perfect summer blockbuster can keep a studio afloat for years.  The right combination of story, star, and production values can literally equal hundreds of millions or even billions of dollars in profits at the box office domestically and overseas, plus additional revenues from sale of the movie and merchandising.  There is a reason large summer movies are called "tent pole" films.  Most of the major studios rely on the revenue that a major summer release can bring in, and they'll often throw a ton of money at the picture during production to insure that this happens.  The same is true of the "Oscar bait" pictures released in the late fall post-Halloween and prior to Christmas.  Again, studios pin their hopes on the box office receipts that those "serious" movies can bring them.

So what happens when the finished film is not up to par?  What happens when a studio's huge summer hit or supposed Oscar contender actually just kind of, well… sucks?  When a movie seems like it's going to fail, studios try to cut their losses.  They release the movie straight-to-DVD or roll it out without any promotion in a small number of theaters.  Or they abruptly move its release date to the "dead-zone" of early winter a la "Jupiter Ascending".  When this options happens, it usually means something went seriously wrong.  Here are a few examples of big movies that didn't turn out quite the way anyone planned, and how moving their release date to January and February did – or did not – mitigate the monetary damage to the studio.

"The Green Hornet" was not actually a terrible movie, but the studio got cold feet.  Starring almost household name, Seth Rogen,  total unknown, Jay Chou, and directed by art-house darling Michel Gondry, "The Green Hornet" was a strange entry into the newly popular world of comic book movies.  It cost Columbia Pictures $120 million to make and only recouped $98 million domestically.  However, had it gone against some of the other films opening in June and July of 2010, including "The A-Team", "The Karate Kid", "Toy Story 3", "Grown Ups", "Twilight: Eclipse", "Despicable Me", and "Inception", it would have been slaughtered.  The move proved to be a smart one.  It had next to no competition in January 2011.

"I, Frankenstein" just kept getting moved around.  Its parent studios, Lionsgate and Lakeshore, had no idea what to do with it.  A middling action film with committed, but ultimately wasted performances by Aaron Eckhart (someone get that man a new agent) and Bill Nighy, the studio couldn't figure out how to promote it, or even whether to classify it as an action film or a horror flick.  The end result was that it was originally scheduled for release in February 2012, but got moved to September 2012 when some studio executive decided it deserved better than its 2012 dumping ground slot.  However, that brought it up against  a bunch of more highly anticipated action and horror films such as "Resident Evil: Retribution", "Stolen", "Dredd", "House at the End of the Street", "End of Watch", and "Looper".  The cartoon "Hotel Transylvania" added even more competition to the mix.  "I, Frankenstein" was then bumped back to January 2014.  It cost $65 million to make and only grossed $19 million domestically.  One can only imagine the beating it would have taken with a September 2013 release date. 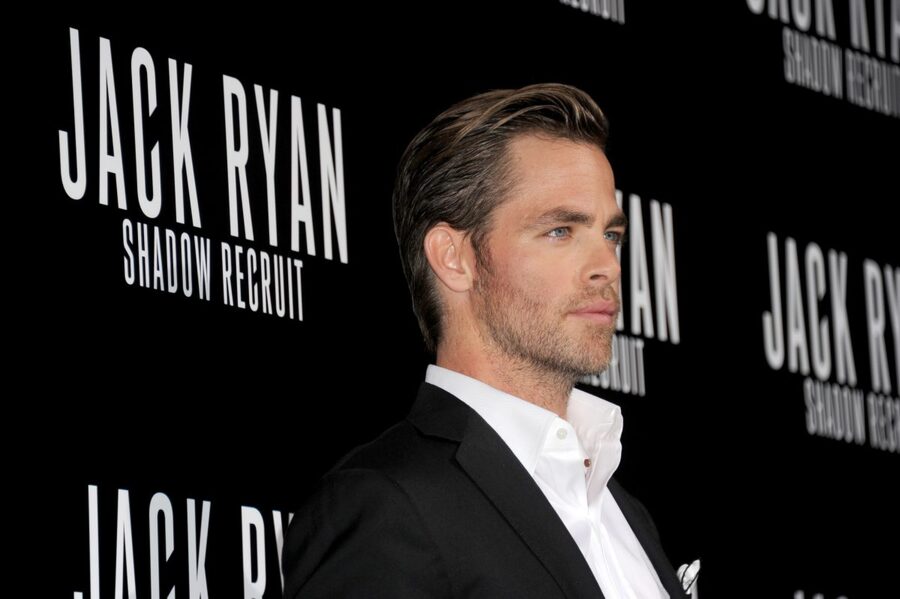 "Jack Ryan: Shadow Recruit" had all the makings of a solid fall entry.  Oscar winner in a lead role?  Check.  Hot Oscar nominee in a lead role?  Check.  Hot up and coming star in a lead role?  Check.  Popular franchise with good source material?  Check.  However, a slightly old-fashioned spy action flick that harkened back to the Cold War era should probably have been released in the summer rather than in early Oscar contender season.  It's November 2013 release date set it against such films as "Ender's Game", "Thor: The Dark World", "The Best Man Holiday", "The Hunger Games: Catching Fire", and "Frozen", not to mention a million smaller films that cleaned house during awards season, including "Philomena", "Mandela: Long Walk to Freedom", "Nebraska", and "The Book Thief".  Rather than delay the movie until summer 2014, Paramount Pictures chose to dump it into the frozen winter of January 2014.  It made $50 million domestically on a $60 million budget.  Not great, but probably a lot better than it would have fared against projects like "Thor" and "The Hunger Games".

This George Clooney-helmed, George Clooney-starring project was clear Oscar bait.  With a cast of heavy hitters, including Matt Damon, Bill Murray, Cate Blanchett, recent Oscar winner Jean Dujardin, and John Goodman, the true story of soldiers saving priceless art during WWII seemed like a slam dunk.  Paramount Pictures could practically taste the awards.  However, it was not to be.  Unlike some of the other films on this list, "Monuments Men" is actually a really good film.  However, it was moved to February 2014 abruptly when the special effects were not ready for its December 2013 release date.  Rather than release a movie that simply looked unfinished, George Clooney basically begged the studio for more time.  They relented reluctantly.  It made $78 million domestically on a $70 million budget.  Releasing it in 2013 would really only have meant that it was eligible for awards in 2014.  It's difficult to tell what its box office take would have been.  In February of 2014, it was up against such projects as "RoboCop", "About Last Night", and "Pompeii", so it was about the only thing of substance available that month.

Depending on who you talked with, the "RoboCop" remake was either a totally awesome idea or next to sacrilegious.  Starring up-and-comer Joel Kinneman, MGM threw a lot of money at it.  It was supposed to be their late summer meal ticket.  However, test audience response was tepid.  With the previous year's remake of one of Paul Verhoeven's other 80s hits, "Total Recall", proving to be a dud, MGM found itself in a quandary.  Should they have put all their end of summer faith in "RoboCop"?  Up against projects like "Percy Jackson: Sea of Monsters", "Elysium", "Kick Ass 2", "Paranoia", "The Mortal Instruments: City of Bones", and the highly touted (though ultimately awful) "Getaway", MGM tossed in the towel.  Someone at the top got cold feet and "RoboCop was shunted off to February 2014, where it did so-so, making just under $60 million domestically on a $100 million budget.  Even with the slightly lackluster offerings in August of 2013, it probably still would have gotten killed.

These are just a few of the movies whose released dates were moved over the last few years.  There are also a number of movies that looked great on paper, but once the final edit was complete the studio immediately booked them a spot in the desolate zone of mid-winter.  Some of these projects include "Season of the Witch" starring Nicolas Cage and Ron Perlman; "Movie 43" starring nearly everybody; "Hansel and Gretel: Witch Hunters" starring Jeremy Renner; and "Broken City" starring Russell Crowe and Mark Wahlberg.  At the same time, some movies actually thrived on their January/February release dates.  These movies, such as "Chronicle", "Tremors", "Office Space", and "Boiler Room" suffered from studios that didn't know how to market them.  They ended up in no man's land by default.  Once they were out, however, they became sleeper hits, and not only made back their box office, but also continued to be popular in rentals and downloads.

While January and February may be the dumping ground for movies that don't quite work, there can always be diamonds found in the rough.  Let's get real, studio executives are certainly not the best arbiters of taste or entertainment value.  At the end of the day, it's probably best to form your own opinion.