Ever Wondered What $315 Billion Worth Of Gold Looks Like?

By Brian Warner on June 24, 2013 in Articles › Entertainment

Ever Wondered What $315 Billion Worth Of Gold Looks Like? Chemistry professor Martyn Poliakoff and Australian filmmaker Brady Haran were recently granted access to the Bank of England's gold vaults where $315 billion worth of gold bars are stored. The typical gold bar held in the bank's vault weighs 400 troy ounces (roughly 27 pounds), which at the current price per ounce means each bar is worth $680,000. The gold bars are stacked neatly on six shelves per stack. Each shelf holds around 82 bars which means each level of a single shelf is worth $56 million and the whole stack is worth $336 million. In this photo below, you can see at least 11 stacks worth roughly $3.7 billion: 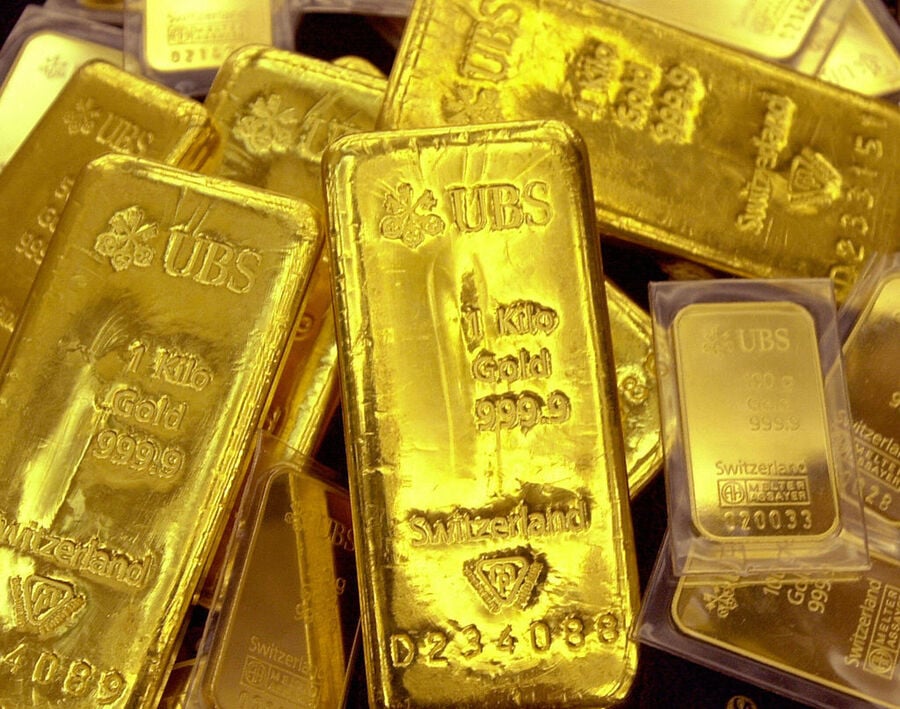 The United States has the largest gold reserves of any country in the world with 8.133 tonnes, followed by Germany which has 3.4 tonnes, the IMF 2.8 tonnes, Italy 2.4 tonnes, France 2.4 tonnes, China 1 ton and Switzerland 1 ton. This vault contains gold belonging to both the Bank of England and private citizens. If you wanted to buy a gold bar, you wouldn't necessarily have it delivered to your house (even though that would be awesome), you would just have your name marked as the owner within the bank's vault. I was also interested to learn that if you took all the gold that has ever been mined in human history and stacked it up neatly to form one solid block, you would end up with just a 60 foot cube. That's small enough to fit in the lobby of some buildings!

Take a Video Tour of the $315 Billion Gold Vaults: