Woman Wants Slice Of Ex-Husband's $160 Million Fortune… 23 Years After They Got Divorced!!!

Recently, we wrote about the amazing story of broke New Age traveler turned multi-millionaire entrepreneur Dale Vince. To recap–Vince, the CEO of Ecotricity, England's biggest green energy supplier, found a way to create a makeshift turbine to generate energy. That turbine was the first step in Vince's journey from fire engine dwelling hippie to head of a massive green energy empire with more than 155,000 customers. From penniless New Age traveler to multimillionaire corporate executive, Vince's journey has taken him to some interesting places, all without his ex-wife Kathleen Wyatt. However, despite divorcing YEARS before Vince invented the turbine that would make him a wealthy man, the down on her luck Wyatt believes she is entitled to a share of his many millions. Now, Vince is speaking out about his ex-wife, her lawsuit against him, and the history of their long ago relationship.

A few years ago, Vince got a letter from the swanky London divorce law firm, Mischon de Reya. The firm handled Princess Diana's divorce, and they do not come cheaply. The letter indicated they were representing his penniless ex-wife, Kathleen Wyatt. Vince threw the letter away; he was sure that it was a hoax. He had separated from Wyatt nearly three decades ago while he was still a penniless New Age traveler. The couple, who had one son together named Dane (he is now an adult and lives and works with Vince), divorced in 1992. Vince had not even laid eyes on Wyatt in 15 years.

Dale Vince was 19 years old when he met Kathleen Wyatt. He and Wyatt lived the life of hippies on the road. He was wildly attracted to Wyatt and she was stuck between the proverbial rock and a hard place. She told him her father was going to give her $15,000 when she got married. Vince told her he didn't believe in marriage. This made Wyatt angry. Vince has said that her anger caused him to think: "What the hell? It's meaningless, but I'll sign this piece of paper so you can get the money if it makes you happy."

The couple married in 1981 and Dane was born in early 1983. Wyatt suffered from postpartum depression and Dale became Dane's primary caretaker from the beginning. 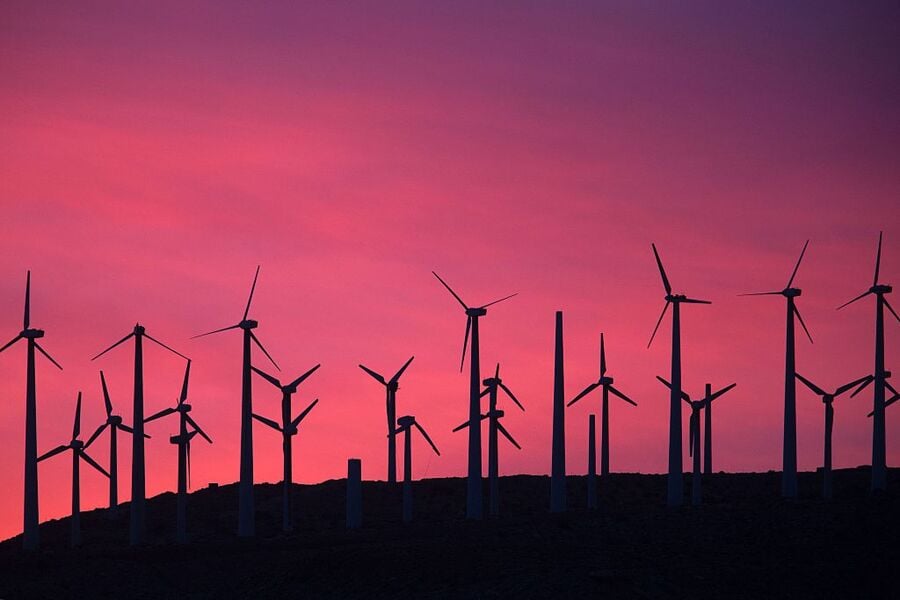 Dale and Vince's union wasn't doing well, and by the time Dane was 18 months old, the couple found it impossible to live together. They split up and Dale took Dane, while Wyatt left with her daughter from a previous relationship, Emily. The plan was to stay friends and let each other see the kids.

This is when Dale bought the old ambulance as his traveling home. He was still very young and it seemed like an exciting way to live. But after just a few months, Wyatt came to find him and asked for Dane back. Dale admits that he had a problem saying no, especially to Wyatt, so he gave Dane back to his mother. He thought he'd be able to see him whenever he wanted. In reality, Wyatt blocked Dale's access to his son.

Wyatt wrote Dale a letter telling him it was best if he never saw his son again as it was too disruptive. Dale was not going to accept that and he showed up at Wyatt's house. However, it would be many years before he would see his son again.

In 1991, Wyatt told Dale that she couldn't cope anymore and asked him to take the children–one of whom wasn't his biological child–and take care of them. Dale took Dane and Emily and put them in school, but that would only last a few months. Wyatt's stepfather showed up one day to take the kids to lunch with their mother. They never came back.

Dale initiated a custody battle that he lost. Wyatt filed for divorce and Dale didn't see his son for two years.

Soon after, Dale got his big idea. It was on a trip to Cornwall that he saw Britain's first wind farm and got the idea to build his own windmill. The windmill became operational on December 13, 1996 and Ecotricity was born. Dane was 13 and living with his mother. Dale tracked them down.

Although his new business was growing, Dale was still living paycheck to paycheck. Nonetheless, he started giving Wyatt and the kids–by then she'd had two more kids by another man–$150 a week to help out. He bought Dane's clothes and got him and his siblings computers. He bought Wyatt washing machines, cars, and other things to help her out.

Not long after, Ecotricity was doing well enough to rent an office. By the end of the 90s, the company had taken over an entire floor of that office. Every dollar made was put back into the business. Today Ecotricity employs 600 people. There's a factory to make small windmills, an electric highway with a station for electric cars at every service station, and a green mobile phone company in the works. Over the past 20 years, Dale has put everything he's had into building his company. And now his ex-wife wants a chunk of it.

Dale continued to get letters from the attorneys. It finally dawned on him that it wasn't a joke and that his ex-wife was actually suing him for $2.8 million more than 20 years after their divorce.

Vince received the first letter soon after he appeared on London's Sunday Times Rich List in 2011. On that list, Vince appeared in the 804th spot with an estimated net worth at the time of $134 million.

The letter from the law firm inquired about paperwork from the divorce and stated that their client (Kathleen Wyatt) couldn't remember whether or not there had been a settlement at the time of their divorce. The lawyers learned that Vince didn't have the divorce paperwork and the court records were no longer available. After all, it isn't standard procedure to keep paperwork for more than two decades.

Still, it seems pretty cut-and-dried. Vince and Wyatt divorced in 1992, four years before he created the turbine and founded Ecotricity. What possible claim could Kathleen Wyatt have to Dale's millions? 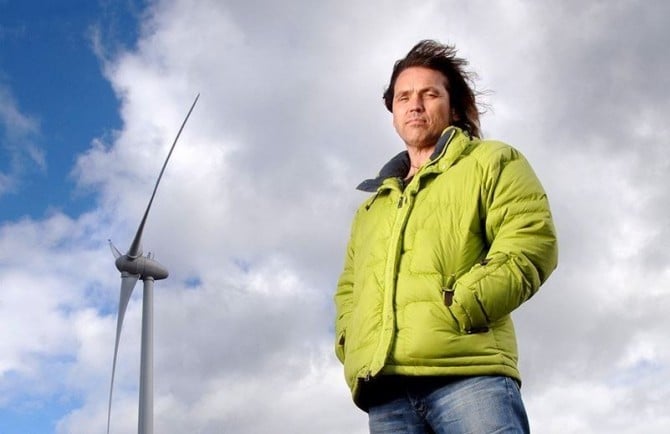 The case took a turn for the nutty when the Supreme Court decided to use the case as an example, and set a legal precedent that said there was "no time limit" for claims for financial provisions for ex-spouses. Oh and by the way, Vince is paying the legal costs for both himself and Wyatt, which amount to nearly $750,000. English law forces legal costs to be shared amongst the combined wealth of the parties in the lawsuit. And once again, let us not forget that Wyatt is penniless.

Wyatt's lawyers are putting him under more and more pressure in an effort to get Vince to settle. In fact, in an interview with a U.K. newspaper, Vince has said Wyatt's attorneys have asked him point blank how much he is going to give them to get this to go away.

Dale's answer? There is nothing that he would pay his ex-wife to go away. He built his fortune and his life on his own. All profits from Ecotricity are put back into the company. He takes a salary of $178,000. He doesn't have savings or an investment portfolio, or a second home or a yacht. In fact, he borrowed the money for the legal costs from his company. The only way he could possibly pay Kathleen Wyatt $2.8 million dollars would be to sell Ecotricity.

And that is one thing Dale Vince is not willing to do.

He calls his ex-wife's claim reckless and abusive. And he will fight it as a matter of principle. His self-made fortune is not her lottery ticket to cash in.

However, the courts will be looking at both sides of the story and Wyatt's side of the story is that Vince was abusive and left her destitute while he went out and grew his business. Wyatt lives in a run down house with her unemployed 21-year-old son Robin, her 18-year-old daughter Jessie, Jessie's 24-year-old boyfriend and their 3-month-old daughter. Wyatt's oldest child, 36-year-old Emily, is a drug addict, prostitute, and convicted burglar currently serving time in prison.

On the other hand, Vince lives in a $4.4 million 18th century home with his wife Kate, their 7-year-old son, his 26-year-old son Sam from a previous decade-long relationship, and his 32-year-old son with Wyatt, Dane. Vince fought tooth and nail over the years to see his son and Wyatt refused. Dane chose to live with his father when he turned 18, and now manages the football club his father owns, having worked his way up from the bottom of the ranks at Ecotricity.

The case still seems pretty clear. Wyatt should have no claims to Vince's fortune.

Dale regards his wedding to his current wife Kate as his "first" marriage. He has said: "I didn't get married that first time. I signed a piece of paper to help someone out."

The next hearing is scheduled for October.