By Amy Lamare on July 8, 2019 in Articles › Entertainment

The Wolf of Wall Street producer Riza Aziz was arrested Thursday, July 4th in Malaysia on charges of money laundering. Aziz is the co-founder of Red Granite Pictures, which produced the Leonardo DiCaprio film as well as Dumb and Dumberer To and Daddy's Home. Aziz was arrested by Malaysia's Anti-Corruption Commission (MACC) and released not long afterwards on bail. He is expected to appear in court on Friday in Kuala Lumpur to face formal charges in connection with the looting of an enormous investment fund set up by his step-father and Najib Razak, the former Prime Minister of Malaysia.

It is expected that Malaysia's Anti-Corruption Commission will allege that Aziz's Red Granite received laundered money from Good Star, the company connected to Jho Lo, a controversial (some might say shady) billionaire who is accused of masterminding the theft of $4.5 billion from a Malaysian government fund that was designated for economic development, and the 1Malaysia Development Berhad (1MDB). Jho Lo is Miranda Kerr's ex-boyfriend and he was thanked in the opening credits of The Wolf of Wall Street. 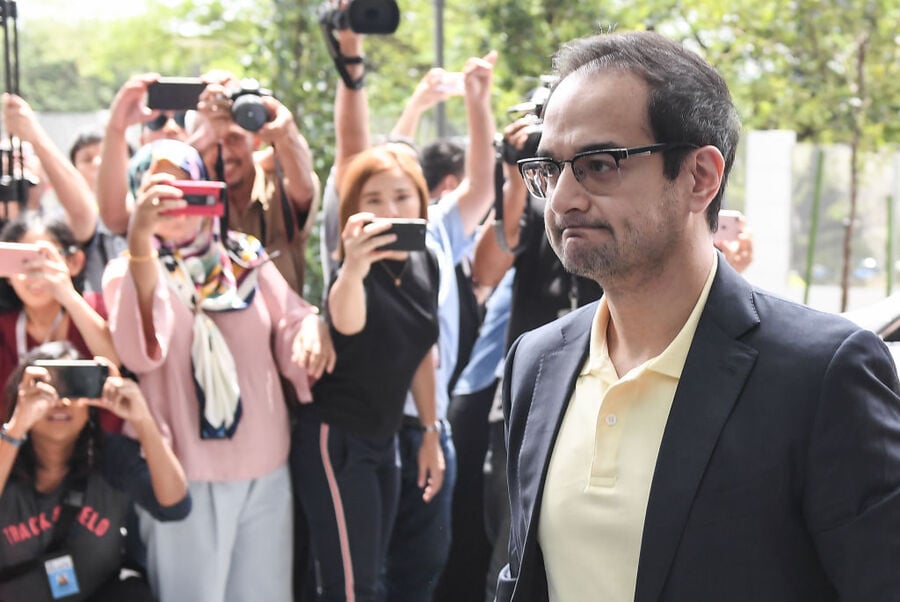 Back in May, Red Granite Pictures forfeited $57 million. That money was sent back to Malaysia and put into an account set up for the recovery of the $4.5 billion that was stolen from the 1MDB fund.

The missing funds fueled the lavish lifestyles of Razak's family, Riza Aziz, and their friend Jho Lo, according to the U.S. Justice Department which is also investigating the missing money.

To sum it up, money went missing from 1MDB, a Malaysian government fund. Then much of it was spent in an enormous global shopping spree. Some of the money was used to finance The Wolf of Wall Street. The stolen funds were also used to buy influence in Hollywood and the feds are looking to take back the rights to Dumb and Dumberer To and Daddy's Home, as well as a 1927 lithograph by Heinz Shulz-Neudamm for the 1927 silent film Metropolis.