Winklevoss Twins Will Make An Insane Amount off Facebook IPO

The upcoming Facebook IPO is going to make a lot of people incredibly rich. We recently learned about a little known graffiti artist named David Choe who opted to be paid in stock instead of cash when he painted the walls of Facebook's headquarters. David Choe's original $60,000 worth of stock is now worth $500 million! Then you have insiders like CEO Mark Zuckerberg who will be worth north of $25 billion after to public offering. Social Network bad boy Sean Parker will take home $3.4 billion and unlucky co-founder Eduardo Saverin will be worth $4.2 billion. But what about The Winklevoss Twins???

If you recall from the movie The Social Network, The Winklevoss Twins claim that Mark Zuckerberg stole the idea for Facebook from them and their partner Divya Narendra after they hired him to build a site called ConnectU. ConnectU was to be a pseudo social networking/dating site which would make it easier for Boston women to meet Harvard men. The twins claim Mark lead them on for months claiming he was working steadily on their concept while actually spending his time creating what was then called TheFacebook.com. A series of lawsuits erupted over the next several years until finally the Twins and Zuckerberg agreed to a $65 million settlement consisting of $20 million cash and $45 million worth (1.25 million shares) of Facebook stock. The twins soon ended up disputing the settlement amount as well claiming they were misled as to the true value of Facebook's stock but eventually were forced to throw in the towel. 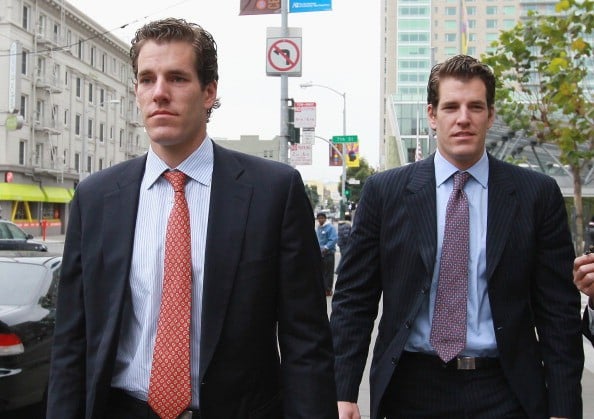 In total, the Winklevoss Twins spent $13 million in lawyer fees suing Zuckerberg and Facebook but they never sold any of their 1.25 million shares of equity. So how much are those 1.25 million shares going to be worth when Facebook goes public? Back in 2008 when they received their settlement Facebook was worth $15 billion and Facebook is expected to be worth $100 billion when it goes public later this year. That means The Winklevoss Twins' shares will be worth $300 million.

Regardless of what you think about Zuckerberg Vs The Winklevi, $300 million is a pretty impressive amount of money for a couple of guys who technically didn't really do all that much outside of having an idea. In my opinion they were also pretty naive to allow Zuckerberg to give them the run around for so long while they practiced rowing. They haven't done very much in the last 7 years to contribute to Facebook's astronomical growth and it's debatable that their original Harvard dating site ConnectU would have ever grown into a viable company let alone a world changing phenomenon.

What do you think? Do you think these guys deserved $300 million? More? Less? Let us know in the comments (which are powered by Facebook).