What Will Floyd Mayweather's Net Worth Be After The Conor McGregor Fight?

On Saturday, one of the most anticipated fights of all time is going down at Las Vegas' T-Mobile Arena. Floyd Mayweather (49-0-26 KO) takes on the UFC's Conor McGregor (21-3-18 KO). If the predictions turn out to be true, both men will see their net worth shoot up dramatically. But as you may have guessed, Mayweather stands to benefit the most from Saturday's match.

Floyd Mayweather  has been on the boxing scene since the mid-1990s. He's had an enormously successful career. He has beaten a who's who of boxing over the past 20 years, and made boatloads of money along the way. It has been almost two years since Mayweather's last fight and yet he still manages to capture headlines. From his much touted bout against the UFC's Conor McGregor to his IRS lien… where Mayweather goes, so goes the public's interest.

Mayweather first made a name for himself as an amateur when he won the bronze medal at the 1996 Olympics in Atlanta. After the Olympics, Mayweather turned pro and over the past 21 years, is unbeaten in his career to date with 49 wins, 26 of them by knockout. And with that unbeaten record comes big money. The bigger the competitor, the bigger the paycheck.

Floyd's smartest career move came in 2006 when he paid $750,000 to terminate his contract with Top Rank promotion company so he could negotiate his own contracts and be a producer of events as opposed to simply a paid actor. And he did that very well. Less than a year later he took on superstar Oscar De La Hoya and took home $25 million. To this day Mayweather negotiates his own fights and has been known to make $200 million for a single fight.

Floyd Mayweather's current net worth is $400 million. That number will change dramatically after Saturday night. 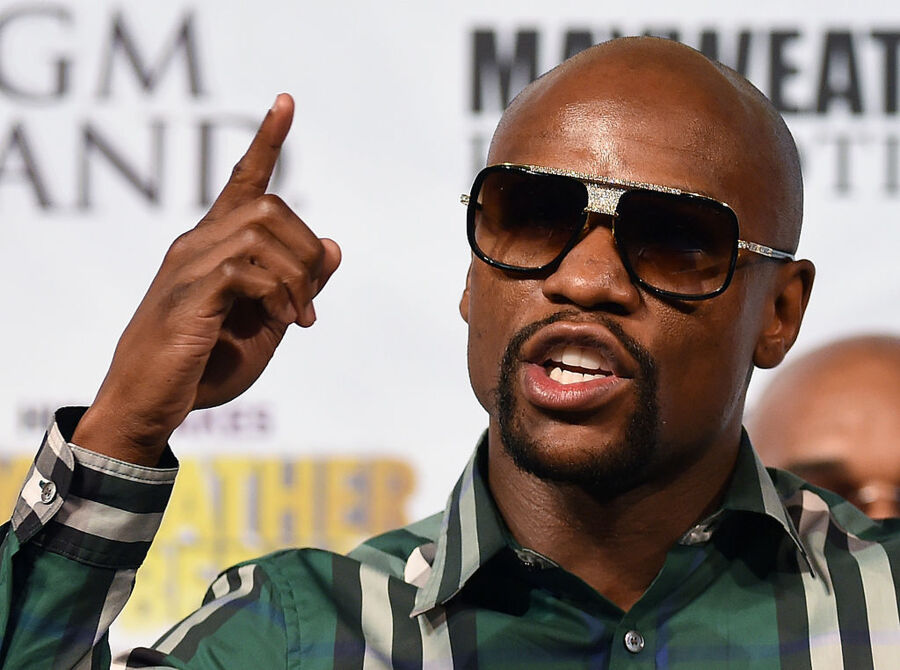 Interestingly, Mayweather has some IRS troubles. It was recently revealed that a federal lien has been filed against the boxer demanding $22.2 million in taxes related to his 2015 income. That was the year Mayweather earned his biggest payday ever, roughly $200 million, from his fight against Manny Pacquiao. If you want to be specific, the IRS claims that he owes $22,238,255. If that's not crazy enough, Floyd claimed he doesn't have enough liquid cash to cover the debt. His lawyers asked for a reprieve on paying the lien and cited an upcoming large liquidity event in August that the fighter will use to clear his debts. And it is a sure thing that the IRS will be taking $22,238,255 off the top of Mayweather's take home pay from Saturday's fight.

So, exactly what will Floyd Mayweather's net worth be after he fights Conor McGregor? It isn't a stretch to think that Mayweather will make a total of $300 million on Saturday. Normally, he'd take home about 60% of that since Mayweather lives in Las Vegas and there is no state income tax in Nevada. The highest Federal rate is 39.9%. But there's that sticky little problem of the $22 million Mayweather owes the IRS.