The last season of The Celebrity Apprentice was pushed back due to the Winter Olympics and now the show could be on hiatus for up to nine years (assuming President Trump is re-elected). The recent "big news" that Donald Trump is running for the 2016 Republican presidential nomination has left some wondering what will become of his hit reality television series, The Celebrity Apprentice.

Right after Mr. Trump announced his intention to run for President, he was taken off of the Fox News program Fox and Friends and his role was ended "effective immediately." The big wigs at NBC will be monitoring Trump's candidacy and possibly reconsidering his role in the series.

The network has said they "will re-evaluate Trump's role as host of 'Celebrity Apprentice' should it become necessary, as we are committed to this franchise," and they should be. Last season the show had NBC's best rating in two years in its time slot. The 16 contestants on the 2015 season had a combined net worth of $169.5 million, which paled in comparison to Donald Trump's whopping net worth of $4.5 billion (he claims his net worth is closer to $9 billion) 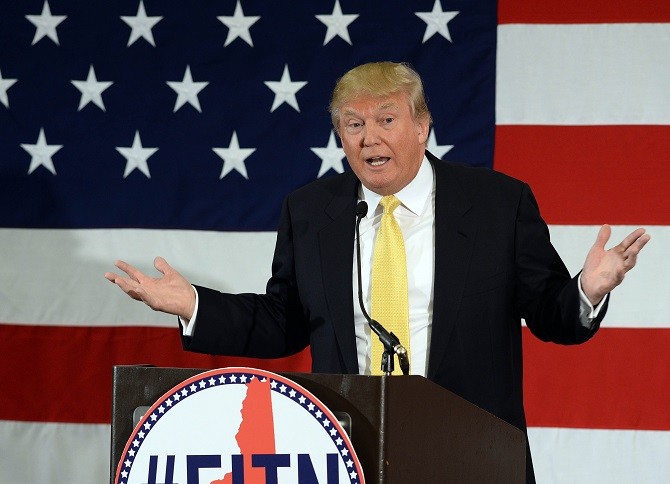 One main reason that the network has to re-evaluate Trump's role is that other Presidential candidates would likely have a problem with him getting too much unfair exposure. There are equal time rules about this type of thing already in place. Fellow Republican candidate Mike Huckabee ended his role on Fox News back in January.

Former Republican President Ronald Reagan didn't have any problems with unfair exposure as his last acting role came 15 years before he was elected President and one year before he was elected Governor of California. Trump has "borrowed" his campaign slogan "Make America Great Again" from the Reagan/Bush ticket, although he actually does have a trademark on it.

At this time, NBC does not have a set date for when the next season of The Celebrity Apprentice is scheduled to air. The network announced that the show would be renewed for a 15th season back in February, although production has not yet started, so any new season is likely far off. This whole issue may work itself out by then as Trump may no longer be a candidate by the time production of the show starts.

The Donald has said that he would use his own money to fund his campaign and will not accept donations or contributions. The odds the he will actually win the Presidency are slim and none, although stranger things have happened. Trump would be better off saving his money and doing another season of The Apprentice. Reports have had Donald making $65 million per year from NBC for The Celebrity Apprentice!

Trump could choose to spend his own money on his campaign, which will likely end in failure, or he could choose to spend time with celebrities that will continue to build up his huge ego and get paid millions for it. To me the choice is simple, but if he chooses not to heed my advice, I might just have to cast my vote for Trump in 2016!