What Will Conor McGregor's Net Worth Be After He Fights Floyd Mayweather?

On Saturday, Conor McGregor steps out of the MMA cage and into the boxing ring to face undefeated boxing superstar Floyd Mayweather at the T-Mobile Arena in Las Vegas. Win or lose, McGregor stands to make an insane amount of money. McGregor has been a professional MMA fighter since 2008. McGregor made his MMA debut, he was so broke that he was on welfare and collecting $235 a week. He's come a long way since then. Conor McGregor currently has a net worth of $35 million.

McGregor made his professional MMA debut in March 2008 in the lightweight division. He racked up a couple of wins before suffering his first of three losses in his career. That first loss caused him to briefly consider a career change. McGregor went on a winning streak in 2011 and 2012 that lasted through eight fights. He won both the CWFC Featherweight and Lightweight Championships to become the first European MMA athlete to hold two titles in different weight divisions at the same time. 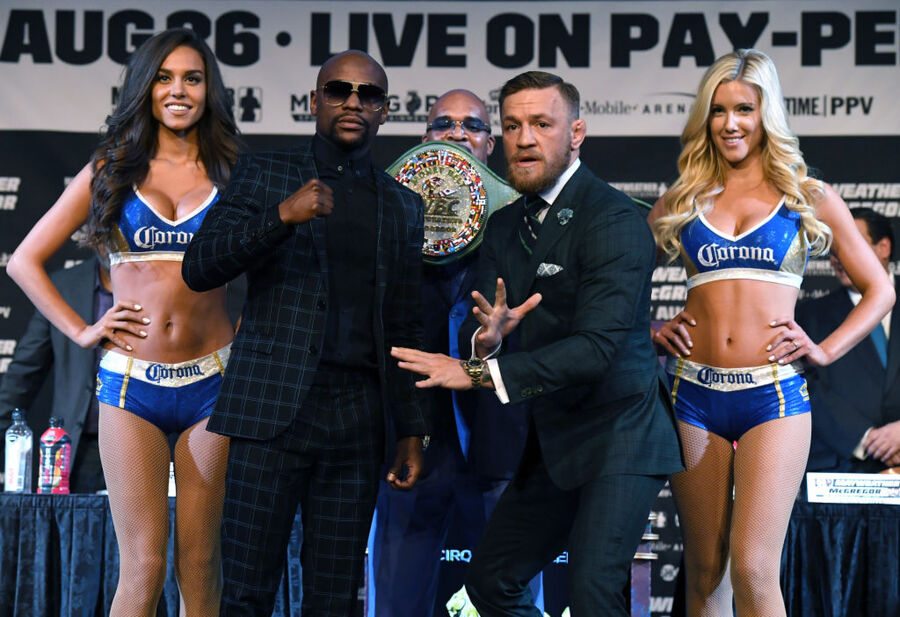 In 2013, Dana White was in Dublin to accept an award and everywhere he went, people told him he had to sign McGregor to the UFC. A few days later, he did.  McGregor made his UFC debut on April 6, 2013 and won the bout via knockout a bit more than one minute into the first round. In the summer of 2013, McGregor tore his ACL in a match (that he still won) and was out of the sport for a number of months for surgery and healing. When he returned to the UFC in 2014 he went on a tear, winning a number of fights and solidifying his superstar status. In March 2016, he made $10-15 million for fighting Nate Diaz at UFC 196. A year and a half later, he took on Diaz once again and made $25 million.

Along the way, McGregor earned the nickname The Notorious. He has fought in 24 MMA bouts and won 21 of them, 18 of them by knockout. On Saturday night, Mayweather will make $100 million as a baseline for the fight, while McGregor will earn at least $75 million. Though McGregor has made plenty from endorsement deals, he's never seen this kind of paycheck simply for fighting. If he makes the baseline of $75 million, that's five times more than he's ever made in any UFC event. And then there's the money he gets for the number of PPVs sold. According to Boxing Kingdom, if the pay-per-view numbers are hit, McGregor stands to earn a purse of $127 million.

Needless to say, Saturday, August 26, 2017 will be the biggest payday in Conor McGregor's career.