By Amy Lamare on October 28, 2020 in Articles › Entertainment

"Grey's Anatomy." "Scandal." "Private Practice." "How To Get Away With Murder." "Station 19." All have been huge hits for ABC and its parent company, Disney. Shonda Rhimes either created (Grey's, Scandal, Private Practice) or executive produced (HTGAWM, Station 19) all of these shows. She made multi-billions for ABC and Disney. She was the queen of network TV. She should have been writing her own ticket. We all assumed she was. I mean, she did sign that enormous $100 million, four-year deal with Netflix. The streaming giant has been signing some of the entertainment industry's biggest content creators of late. It would be natural to assume Netflix courted her. They did, but that's not the real point. Shonda wanted out of the Disney machine and she wanted out fast.

Towards the end of her run with ABC/Disney, she was producing 70 hours of television per year and making more than $2 billion a year for Disney and ABC. But they still wouldn't give her what she wanted. She fought them over budget and content. She even fought with the network and studio over an ad she and the stars of her shows filmed in support of Hillary Clinton's presidential bid. Still, she was willing to negotiate a new deal with the network in good faith. 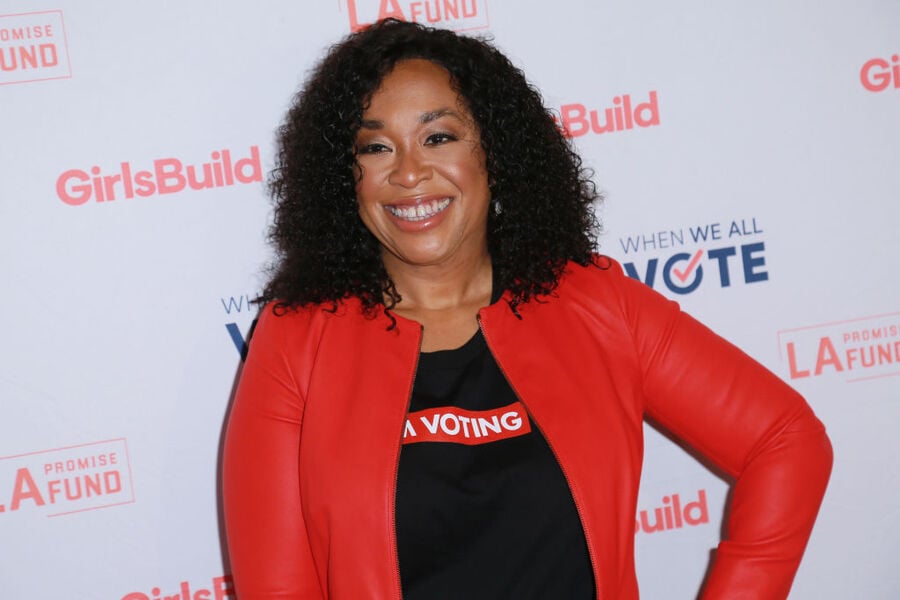 In early 2017, her agents were negotiating a new multi-year deal with ABC/Disney. The head of the television group was stalling the process. It turns out they were determined to lowball their most valuable creator. Rhimes was getting sick of it. She was sick of fighting, or not being respected, of having to fight so hard for her creative vision. She had a breaking point and she wasn't quite sure where it was. It turns out, her breaking point was Disneyland.

As part of her deal with ABC, she had an all-inclusive pass to Disneyland. Since she is not in a romantic relationship, she also negotiated a second pass for her nanny. One day in 2017,  her teenage daughter, nanny, two younger kids, and her sister were planning to spend the day at Disneyland. Her kids and nanny were covered under Shonda and the nanny's passes. Her sister, however, didn't have one and couldn't use Shonda's because the annual passes are not transferrable. She just wanted a pass for her sister, who was taking Harper, Shonda's teen to the amusement park while the nanny would chaperone her two younger kids. Shonda didn't have time to go to Disneyland.

She went back and forth with ABC/Disney execs. She was told that the company never issues extra passes. But finally, she was given an extra pass. When her daughters, sister, and nanny arrived at Disneyland, only one of the passes worked. Shonda placed a call to a high-ranking executive at ABC/Disney. He treated her dismissively and reportedly said "Don't you have enough?

Rhimes was livid. She hung up and called her attorney and told him to get her a deal at Netflix, or she'd fire him and get new representation. The rest is history. She signed a four-year, $100,000,000 deal with Netflix and left ABC after 15 years. She had been in some casual talks with Netflix for at least a year. It was the cheapness of ABC/Disney and that fake Disneyland pass that broke that relationship forever.

It's been three years since that fateful day at Disneyland and Rhimes is about to release her first two projects for Netflix. The first is a documentary about the legendary dancer, choreographer, philanthropist, and icon Debbie Allen. That drops on November 27. The second, which drops on Christmas Day, is the period drama "Bridgerton." Rhimes produced both. She created "Inventing Anna," about the notorious con-woman Anna Delvey. That doesn't have a release date but is expected in the first half of 2021.

By the way, the value of the highest-end annual pass to Disney theme parks is $2,199. Shonda just needed an all-access pass for one day. That's what ABC decided to throw away, 15 years and billions of dollars in revenue.