Whoever Created Bitcoin Controls An Incredible Fortune… Too Bad He Might Be Dead And His Fortune Lost Forever!

By Brian Warner on December 11, 2017 in Articles › Entertainment

There is an enormous amount of mystery surrounding the creator of Bitcoin. Today, most people refer to a person named Satoshi Nakamoto as the father of Bitcoin. Satoshi was reportedly born on April 5, 1975 in Japan. He's never been perfectly identified and there are many skeptics who think "Satoshi" is just a big wild goose chase. But whoever created Bitcoin was clearly a brilliant programmer. And whoever created Bitcoin is an EXTREMELY wealthy person today. Too bad he or she might be dead and their enormous fortune might be lost forever…

Here's what is known about the creation of Bitcoin:

The domain name Bitcoin.org was registered in August of 2008. Two months later, someone going by the name of Satoshi Nakamoto published a paper titled "Bitcoin: A Peer-to-Peer Electronic Cash System" and submitted it to a cryptography mailing list. Nakamoto implemented the Bitcoin software as we know it today in January of 2009. Nakamoto mined the first 50 Bitcoins on January 3, 2009.

One year after Bitcoin was launched, January 2011, a single Bitcoin traded for about $0.25.

You can see those 1 million coins sitting in his public wallet. They have not been accessed or spent since January 2009. And that's a very strange situation.

As you've no doubt heard by now, Bitcoin is trading at around $16,000 per coin. So whoever controls that account… who would presumably also be the creator of Bitcoin… is EXTREMELY rich today. 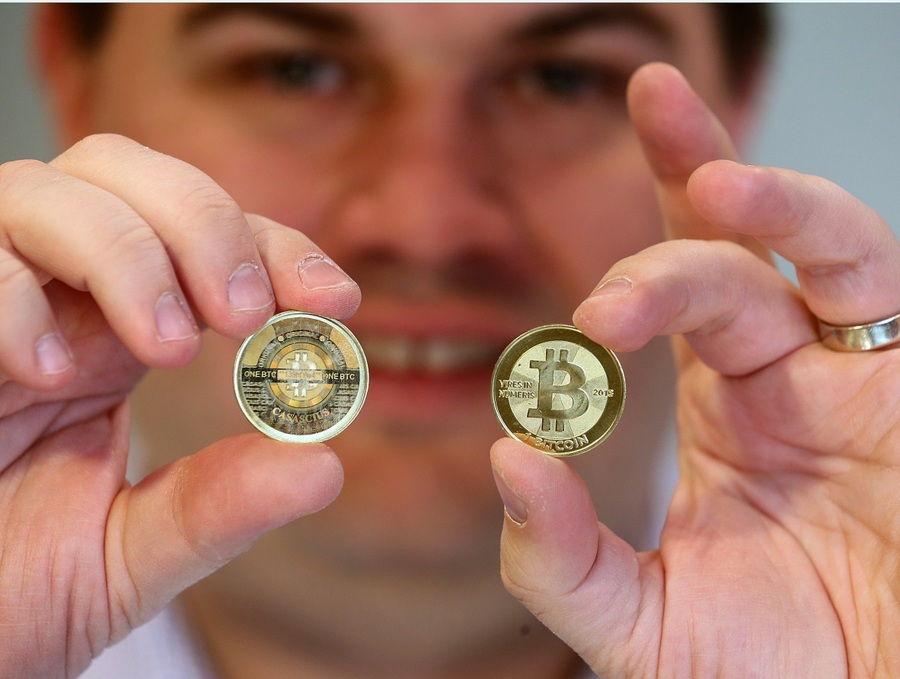 So here's where it gets crazy: It's a little suspicious and strange that someone would launch Bitcoin in January 2009, give themselves 1 million coins and then never access those coins again (or at least over the last 9 years). Especially as the value of Bitcoin grew from 6 cents to 25 cents to $10 to $100… and onward. How would he have not sold SOME along the way?

One simple theory that explains why the Bitcoins have not been accessed in 9 years is that Satoshi is dead and that he died not long after creating Bitcoin.  How else can you explain 1 million Bitcoins just sitting there for 9 years?

And the big problem here is that if he did indeed die, the money is likely lost forever. Ok not "lost", but likely inaccessible to anyone. Again, just judging by the fact that not a single coin has been sold in 9 years, it feels like Satoshi never told anyone his true identity. And therefore no one would know the password to his private Bitcoin wallet.

If no one has his password (a wife, a lawyer, a child) that $16 billion fortune may just sit there forever, completely inaccessible. Bitcoin isn't like a bank that you can petition to access a dead relative's account. Once the password or wallet itself is gone, the Bitcoins are gone forever.

Or maybe Satoshi is not dead and he is just patiently watching his creation become more and more valuable just as he predicted and planned. If he is alive, if the price of a single Bitcoin hits $100,000 some day, he'll be the richest person on the planet. And I know that sounds totally crazy, but who would have thought when the price per coin was $700 one year ago, that today a single coin would be selling for $16,600???