Who Are The Richest Politicians?

By Geoffrey Golden on August 14, 2011 in Articles › Entertainment

On August 14th, representatives from Mitt Romney's presidential campaign were required to disclose that his personal net worth is in the neighborhood of $250 million. With the 2012 presidential race heating up, you might be wondering who are the richest politicians? Politics has long been a game for the super wealthy. In fact some of the richest Americans have turned to politics at some point in their life. The following richest politicians come from wealthy families, married into wealthy families or worked their way up the ladder to acquire their wealth.

What are the richest counties in America? 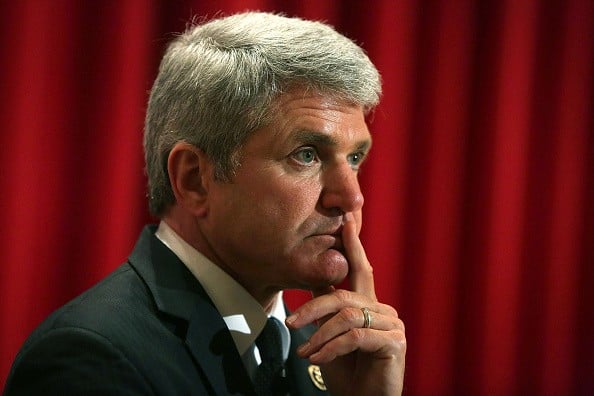 Michael McCaul is one of the richest US politicians. / Alex Wong/Getty Images

Senator Dianne Feinstein was born into a well to do family, her father being a nationally renowned surgeon at UCSF Medical Center in San Francisco. Senator Feinstein received a B.A. degree in history from Stanford University. Senator Feinstein's marriages to a neurosurgeon and investment banker may have added to her own wealth. According to reports, by 2005 Senator Feinstein's net worth had increased to between $43 million and $99 million.

Senator Frank Lautenberg was born to impoverished Jewish immigrants from Poland and Russia. Senator Lautenberg served in the United States Army Signal Corps in World War II. Financed by the GI Bill, Senator Lautenberg graduated from Columbia Business School with a degree in economics. Senator Lautenberg earned his wealth by working his way up from salesman to CEO of Automatic Data Processing, Inc. Senator Lautenberg became executive commissioner of the Port Authority of New York and New Jersey from 1978 to 1982, prior to starting his political career.

Representative Vern Buchanan was the son of a factory foreman. Representative Buchanan built his wealth by purchasing car dealerships, which made a total of $756 million in sales in 2005. Buchanan owns two reinsurance companies in Turks and Caicos, and part of the Bermuda reinsurance company Greater Atlantic Insurance Co. In 2006, he sold five of the car dealerships, as well as a clothing store and a spa company, and concentrated on his political campaign. His fortune stems from his automobile empire.

Representative Jane Harman is the second richest member of Congress with over $160 million in assets, behind Republican Darrell Issa, representing the 49th congressional district of California. Representative Harman went to public schools when growing up and eventually attended Yale Law school, which no doubt gave her an opportunity to build her wealth as a lawyer. Representative Harman's marriage may have provided her with quite a bit of wealth. Representative Jane Harman is married to Sidney Harman, Undersecretary of the Department of Commerce during the Carter administration. Sidney Harman previously sold his company, Harman Kardon, to Beatrice Foods for over $100 million.

Senator John Kerry is the wealthiest U.S. Senator. Senator Kerry's wealth may be partly due to his marriage to Teresa (Simoes-Ferreira) Heinz, widow of Pennsylvania Senator H. John Heinz III of the famous Heinz food company, as in Heinz ketchup, who has an estimated worth of $300 to $600 million or more. Senator Kerry also comes from money: his mother, Rosemary Forbes Kerry, is from the wealthy Scottish-American Forbes family. Senator Kerry is the beneficiary of at minimum four trusts inherited from Forbes family members.

Former Massachusetts Governor Mitt Romney is by far the richest presidential candidate and one of the richest people in the history of American politics. Before Romney entered politics, he enjoyed a long and very successful business career. His early success began at the consulting firm Bain & Company but his real financial windfall came after he started the private equity firm Bain Capital. Under his leadership, he grew Bain Capital into having over $4 billion under management and grew his personal net worth to $250 million.