By Amy Lamare on December 20, 2019 in Articles › Entertainment

The complaint accuses church leaders of not only misleading members but also breaking federal tax laws by stockpiling their donations instead of using them for charitable works. The complaint was filed by a 41-year-old Mormon named David Neilsen who worked as a senior portfolio manager at the church's investment division, Ensign Peak Advisors, until September. 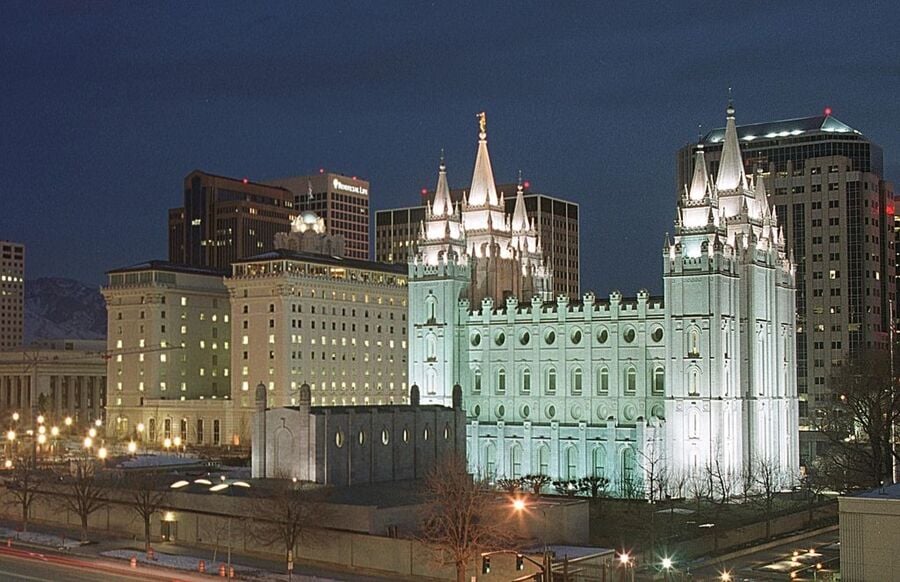 Nonprofit organizations are exempted in the U.S. from paying taxes on their income. Religious groups are considered nonprofits. Ensign is classified as a supporting organization and integrated auxiliary of the Mormon Church, which allows it to operate as a nonprofit. However, the exemption is not without requirements and the LDS must operate exclusively for religious, educational, or other charitable purposes. Nielsen alleges that the Mormon church did not do this. He is asking the IRS to strip the church of its tax-exempt status. He is also seeking a reward from the IRS. Typically whistleblowers get a cut of unpaid taxes that are recovered. The Mormon church, if stripped of its nonprofit status could owe billions in taxes.

The church collects about $7 billion each year from its members. Mormons are asked to contribute 10% of their income to the church. This is called tithing. About $6 billion of that is used to cover annual operating costs. The remaining $1 billion in transferred to Ensign to put into the investment portfolio, according to the complaint. The fund has grown in value from $12 billion in 1997 (when Ensign was formed) to $100 billion today.

The complaint alleges that Ensign has not funded any religious, educational, or charitable activities in 22 years—things that are required by the tax-exempt status.

In March 2018, a high-ranking cleric in the church, Bishop Gérald Caussé, gave a speech in which he linked the financial strategy of the church to "prophecies about the last days." The complaint states that Ensign's president Roger Clarke told people that the $100 billion would be used in the event of the second coming of Christ.

Nielsen is very critical of the church for asking for tithes, even from members who are struggling financially. In the 74-page letter that accompanied his complaint and laid out the narrative of what is going on in the Mormon church, he wrote:"Would you pay tithing instead of water, electricity, or feeding your family if you knew that it would sit around by the billions until the Second Coming of Christ?"

The complaint was filed with the IRS whistleblower office in Ogden, Utah. Nielsen submitted his resignation letter to Ensign on August 29. He said that his wife and children left the Mormon church and asked him to follow him. Ensign terminated his employment on September 3.