By Amy Lamare on September 27, 2021 in Articles › Entertainment

Making $1 million (or more) per episode of a television/cable/streaming show used to be a fairly rare occurrence. Not anymore. With A-list film actors making the jump to the small screen, salaries have skyrocketed.

Before 2017, only a small handful of actors had ever earned $1 million per episode. In the years since 2017 nearly a dozen new members have joined the $1m club, several members are well above that mark.

Let's take a look at the list of actors and actresses who've made at least $1 million per episode. 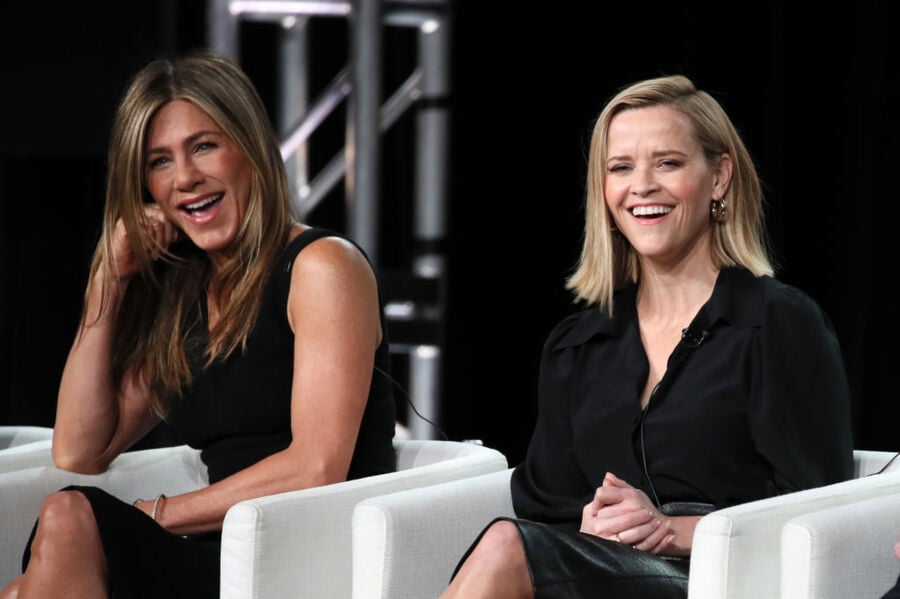 AppleTV+'s "Ted Lasso" recently cleaned up at the Emmy Awards earning Best Actor for Jason Sudeikis and best-supporting actor and actress for Brett Goldstein and Hannah Waddingham. The show has gained an audience of passionate fans who turn in each week for their dose of Lasso's kindness. It was recently announced that Sudeikis was getting a raise to $1 million per episode for season three of "Ted Lasso."

Chris Pratt, like Robert Downey Jr., is a member of the Marvel Cinematic Universe due to his role as Star-Lord. He's appeared in four MCU movies. Now, he's taking his talents to Amazon Prime for the adaptation of the Jack Carr novel "The Terminal List." Pratt will take home $1.4 million per episode for his starring role in the series.

Jeff Bridges last appeared in a television show 50 years ago. The "Big Lebowski" actor is set to debut in FX for Hulu's "The Old Man" in 2022. He will bring home $1 million per episode for the series based on the 2017 novel of the same name by Thomas Perry. Bridges is also executive producing the upcoming series. Bridges is currently battling lymphoma and we are wishing him a full recovery.

Robert Downey Jr. for The Sympathizer (2021)

Robert Downey Jr. has made several appearances at the top of the highest-paid film actors list. Now, after officially retiring from his role as Iron Man, Downey is joining the group of A-list film actors who've made the jump to the small screen. He's set to star in the HBO adaptation of Viet Thanh Nguyen's Pulitzer Prize-winning espionage thriller "The Sympathizer." Downey will take home at least $2 million per episode for his co-starring role.

Reese Witherspoon for The Morning Show and Big Little Lies (2019)

Reese Witherspoon made the jump to the small screen in the 2019 adaptation of Liane Moriarty's novel "Big Little Lies" for HBO. She also produced the series through her company Hello Sunshine. Witherspoon took home $1 million for each episode. Witherspoon also stars in "The Morning Show" alongside Jennifer Aniston. Like Aniston, Witherspoon brings home $2 million per episode for the streaming show about the volatile reality of a morning news show.

Nicole Kidman starred alongside Reese Witherspoon in HBO's "Big Little Lies." The Oscar-winning actress made $1 million per episode for her role as battered wife Celeste Wright. Kidman is currently starring in another small screen adaptation of a novel by "Big Little Lies" author Liane Moriarty. She plays Masha on Hulu's "Nine Perfect Strangers."

The cast of "Game of Thrones" had an epic eight-season run on HBO and garnered a cult-like following. Peter Dinklage, Nikolaj Coster-Waldau, Lena Headey, Emilia Clarke, and Kit Harrington, who played, respectively, Tyrion Lannister, Jaime Lannister, Cersei Lannister, Daenerys Targaryen, and Jon Snow, each made $1 million per episode for the eighth and final season of the series in 2017-2018.

The cast of "The Big Bang Theory" spent their 2013 hiatus negotiating enormous raises for their eighth season salaries.  Sheldon, Leonard, and Penny received $1 million per episode for the 2014, 2015, and 2016 seasons. In total, the three main cast members earned more than $100 million each from the eighth season to the twelfth and final season of the show. Prior to the jump to the million dollar club, Galecki, Parsons, and Cuoco were earning $350,000 per episode.

Charlie Sheen made $1.8 million for the last season he was on "Two and a Half Men." Of course that was the year of Tiger Blood and Winning and all the things that went along with his epic meltdown. As a result, that season was cut short. Sheen appeared in 16 episodes of the improbably long running sitcom. For his trouble, he earned about $30 million. Sheen formerly held the Guinness World Record for Highest Paid TV Actor Per Episode.

James Gandolfini's salary negotiations dragged on for so long they delayed production and threatened to shut down the HBO hit "The Sopranos."  As the fifth season was about to begin shooting, Gandolfini filed a breach-of-contract lawsuit against HBO for, essentially, not giving him the $1 million per episode he'd been seeking. HBO countered with a $100 million lawsuit and production on the mafia drama was put off for two weeks. Finally, the show's executive producer stepped in and Gandolfini got his $1 million an episode –doubling his salary – provided he stick around for at least two more seasons.

Ray Romano for "Everybody Loves Raymond" (2004)

Ray Romano made an astounding $1.7 million for the final two seasons of the long-running sitcom "Everybody Loves Raymond."  The show centered on Romano and his dysfunctional family and it was a huge hit for CBS for a decade and is making all of its cast tons of money in syndication.

During the early years of "Friends," the actors discovered that they were all being paid different salaries ranging from $20,000 to $40,000 per episode.  Before the third season, the actors banded together and negotiated raises as a group. They were then making $75,000 per episode. Every year Courtenay Cox, Jennifer Aniston, Lisa Kudrow, Matthew Perry, Matt LeBlanc, and David Schwimmer negotiated as one and their salaries increased exponentially until, in the ninth and tenth seasons, each of the six main cast members were earning $1 million per episode.  Over the course of 10 seasons, each cast member of "Friends earned" $88.4 million in salary.

Kelsey Grammer played Dr. Frasier Crane on "Cheers." He was supposed to play that character for just six episodes. Instead, he managed to play the neurotic shrink for 20 years. His "Cheers" spinoff "Frasier" was one of the most successful TV spinoffs in history.  The sitcom ran for 11 seasons, collecting 37 Emmy Awards during its long run.  During the last two seasons of the Seattle-based show, Grammer earned $1.6 million per episode for a total gross of just under $77 million over those two seasons.

Tim Allen made a staggering $1.25 million per episode for the final season of "Home Improvement."  Have you ever seen that show? It is terrible!  The sitcom was Allen's first acting gig. He starred as a former salesman turned host of a home improvement show.  "Home Improvement" ran for eight seasons.

It's hard to remember now, but back in the 90s "Mad About You" was a hot property with great ratings and a devoted fan base.  Helen Hunt won the Emmy for  Best Actress in a Comedy four years in a row (1996-1999). The show's stars, Paul Reiser and Helen Hunt each received $1 million per episode for the eighth and final season of the long-running series. That last season carried a 22 episode order, earning Hunt and Reiser $22 million in one season.

Way back in 1997, Jerry Seinfeld became the first person to take home $1 million an episode for the final season of "Seinfeld."   This was HUGE news 17 years ago. But Jerry could have earned even more if he had wanted to bring "Seinfeld" back for a 10th season.  Reportedly, the network offered Seinfeld $5 million an episode to do one more season.  Seinfeld is the only actor to appear in every episode of the show. His co-stars – Jason Alexander, Julia Louis-Dreyfus, and Michael Richards, were each paid $500,000 per episode at the end of the series.