By Amy Lamare on September 13, 2020 in Articles › Entertainment

When Pablo Picasso died in 1973 at the age of 91, he left behind about 45,000 works of art – so many that it would take the entire Empire State Building to display them all at the same time – and yet he didn't leave a will. Picasso left behind 1,885 paintings, 1,228 sculptures, 7,089 drawings as well as tens of thousands of prints, thousands of ceramic works, and 150 sketchbooks. He owned five homes and a healthy portfolio of stocks and bonds. He had four children with three women: Paulo (February 4, 1921-June 5, 1975), Maya (September 5, 1935), Claude (May 15, 1947), and Paloma (April 19, 1949). Picasso was believed to have $4.5 million in cash and $1.3 million in gold in his possession at the time of his death as well. Once again, Picasso did not leave a will. Dividing his assets took six years of contentious negotiations between his kids and other heirs from wives to mistresses, legitimate children to illegitimate ones.

Picasso was creating art up until his death. Unlike most artists who die broke, Picasso had been famous in his lifetime. When he died without a will, everyone in his life wanted a piece of his estate. Of Picasso's four children, only one was born to a woman who was his wife. One of his mistresses had been with him for decades and had a direct and well-documented influence on his work, but didn't have any children with her. Dividing his estate was messy, complicated, and frankly, pretty much a disaster. 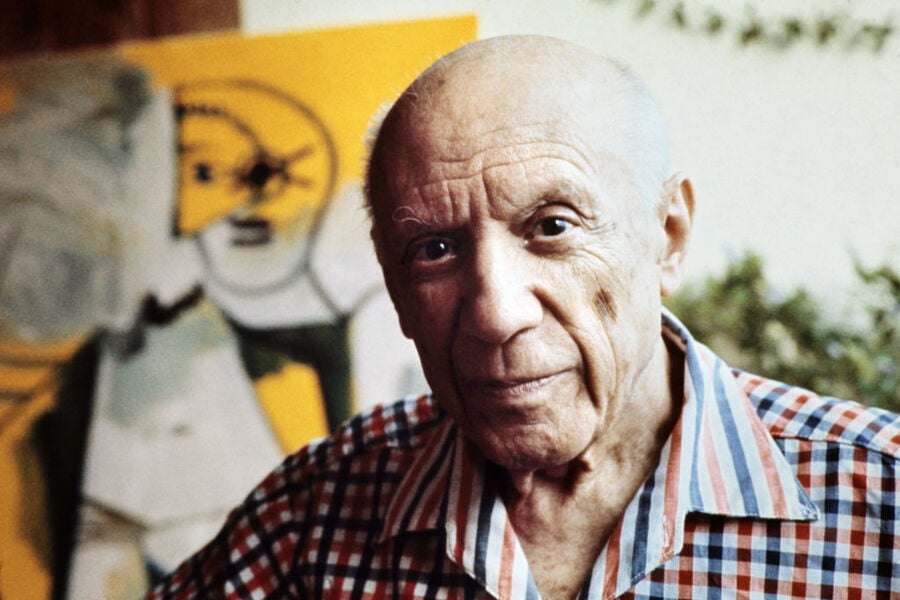 A court-appointed auditor charged with evaluating all of Picasso's assets after his death in 1973 came to the conclusion that Picasso was worth between $100 and $250 million – that's $530 million to $1.3 billion today, after adjusting for inflation. Besides his art, his heirs were vying for the rights to license his image rights. The family fought bitterly over his estate from 1973 to 1979. The court case cost $30 million in legal fees to settle. Things didn't stay calm for long, however, as the heirs began fighting over the rights to Picasso's name and image. In 1989, Claude Picasso sold the name and the image of Picasso's signature to French carmaker Peugeot-Citroen. The carmaker planned to release a compact sedan called the Citroen Xsara Picasso. The carmaker paid a reported $20 million for the right to name a car Picasso. One of Picasso's grandchildren tried to stop the sale because she disagreed with the commission paid to the consulting company who brokered the deal. It turned out, however, that the consulting company was owned by her cousin, another Picasso.

In the mid-90s, Claude Picasso created the Paris-based Picasso Administration, which manages the heirs' jointly owned property, controls the rights to exhibitions and reproductions of Picasso's works, and authorizes merchandising licenses for the artists' work, name, and image. The Picasso Administration also tracks down forgeries, illegal use of Picasso's name, and stolen works of art. Picasso was the most prolific and most photograph artist in the world during his lifetime. In the 47 years since his death, he's been the most reproduced, most exhibited, most stolen, and most faked artist of all time. Montblanc has a license to make limited-edition fountain pens engraved with Picasso works that sold for upwards of $30,000 each. The Picasso Administration retains the right to control the ad campaigns with all licenses it grants. The Picasso Administration holds quarterly meetings and issues a 300-page annual report 100 pages of which are text and the other 200 pages are documents about pending or settled court cases. The Administration's legal bills run in excess of $1 million each year. There are representatives in 20 countries and about 30 licenses have been granted but never more than 10 at a time.

In addition to his own works, at the time of his death, Picasso also owned works by other famous artists who were his contemporaries such as Henri Matisse. His works form the core of a number of museums dedicated to his works including the Musee Picasso in Paris, the Museo Picasso Malaga, and the Museu Picasso in Barcelona.

Pablo Picasso's heirs are all very wealthy as a result of his art. Paloma Picasso, his youngest daughter, is the richest, with a fortune of $600 million, as a result of her successful career as a jewelry designer and her share of her father's estate.