What's The Most Money Ever Won On A Game Show?

By Geoffrey Golden on June 28, 2010 in Articles › Entertainment

What's the most money ever won on a game show? There is a long history of winners on American game shows starting off in the early 1950's. American game show winnings records vary according to the time period the games were on television. In the 50's, the amount of money won was far less than nowadays, where the winnings often amount to outrageous chunks of cash and prizes. 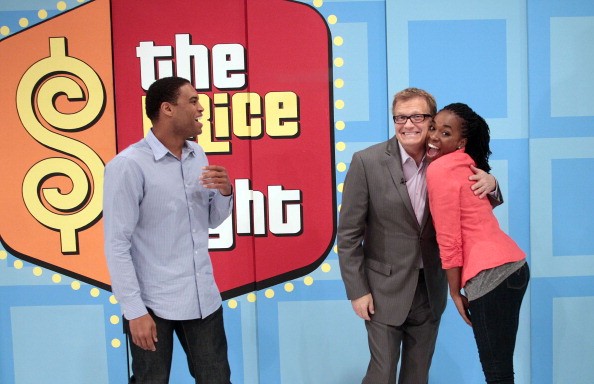 The daytime all-time winnings cumulative record holder is Tom O'Brien, a contestant on Sale of the Century in 1987. O'Brien won all 11 games he played in, winning 10 prizes as well as a $50,000 bonus on the 11th consecutive game. That, along with $20,000 winnings from Tournament of Champions, gave O'Brien a total of over $173,000 in cash and prizes. Prior to this, the previous record holder for cumulative winnings was another contestant on Sale of the Century, Stephanie Holmquist, whose $150,000+ record run was the all-time daytime record until O'Brien overtook it.

For many years, the single day record was held by Michael Larson, who won $110,237 on Press Your Luck in 1984 by memorizing the show's board patterns. Larson's record was broken in 2006 by Vickyann

The record for overall winnings on American game shows has changed a number of times over the years. Some of the big winners in the 50's included Herb Stempel and Charles Van Doren of Twenty One infamy, and Teddy Nadler in the 1956-57 television season, setting a record that would not be broken for two decades, winning $264,000 on The $64,000 Challenge. Nadler's record was broken in 1980 by a US Naval officer named Thom McKee, who competed on the show Tic-Tac-Dough. Since players on the show played until they were defeated, McKee's run carried over into the following season. McKee won $312,700 in cash and prizes over 43 games, including eight cars on Tic Tac Dough and its sister show, The Joker's Wild, where a contestant automatically won a car after every fifth game they won.

McKee's record was broken in 1999 by Michael Shutterly on the first airing of Who Wants to Be a Millionaire in the United States. Shutterly was the first contestant to reach the 15th and final question, but elected to walk away with $500,000, making him the highest winner in game show history. During the second season of Millionaire in the United States, John Carpenter easily went to the 15th question without using any lifelines, except a phone call on the final question to his father letting him know he was going to win the million dollars. Host Regis Philbin announced John Carpenter the show's first million-dollar winner. Carpenter's record was broken in 2000 by Rahim Oberholtzer, a contestant on the revival of Twenty One, who won four games and $120,000 in the show's "Perfect 21" bonus round… for a grand total of $1.12 million dollars!

In 2004, Ken Jennings began his famous game show wins on Jeopardy! The show's play-'til-you-lose match limit helped Jennings to accumulate millions of dollars in winnings, as long he defeated his opponents. Jennings winning streak came to an end on November 30, 2004. At that time, he had extended his Jeopardy! record to a grand total of $2,520,700.

Currently the biggest game show winner is Ken Jennings, whose game show winnings on Jeopardy!, 1 vs. 100, Grand Slam and Are You Smarter Than a 5th Grader? brought him to a grand total of $3,623,414.29.