How Jimmy Fallon Took Over The World Of Late Night Comedy

By Paula Wilson on February 24, 2014 in Articles › Entertainment

It's rare, but sometimes dweeby guys finish first. That's especially true for new king of late night, Jimmy Fallon. Embracing his inner dweeb has helped Jimmy launch a massively successful career in entertainment. The former computer science major, who had always had a knack for impressions, has managed to become America's favorite late night talk show host.  More importantly, Jimmy is yet another example of someone who followed his passions to build a career out of something he truly loved: Making people laugh. And along the way, Jimmy has been rewarded. Handsomely.  Here's how a technologically inclined kid from Brooklyn took late night televisions by storm and earned himself a small fortune in the process. 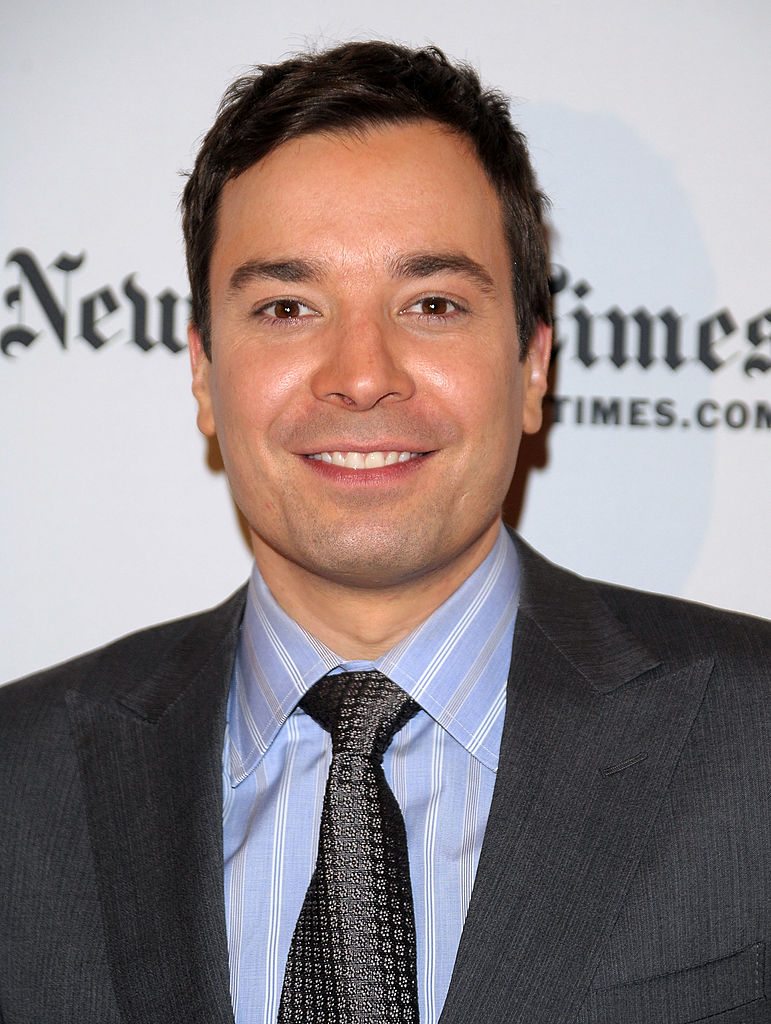 Jimmy Fallon was born September 19, 1974 in Bay Ridge, Brooklyn, New York.  He grew up in a relatively normal family in Saugerties, New York.  His father was a veteran who worked for IBM, and his mother took care of Jimmy and his older sister.  From an early age, he enjoyed three things – computers, music, and "Saturday Night Live".  His parents would tape "SNL", and then allow him to watch the sections they deemed appropriate for a younger viewer.  Inspired by what he saw, he began doing impressions.  In his early teens, he began playing guitar, as well.

After graduating from high school, he went on to attend The College of Saint Rose, where he majored in Computer Science, originally intending to follow in his father's footsteps.  However, he ultimately chose to shift his focus to Communications.  He'd begun performing stand-up routines at the end of his senior year of high school, after winning an impression contest performing a routine inspired by the graduation troll doll his parents gave him.  He subsequently left college a semester early to try to make a go of a comedy career.

He began touring extensively performing stand-up, and also studied with the world famous Groundlings in Los Angeles.  He became known for combining his background in music with his impressions work, and he eventually caught the eye of the producers at "Saturday Night Live".  The Groundlings has been a successful feeder company for "SNL" for decades, and the producers were impressed enough with his impersonations of everyone from Jerry Seinfeld to Enrique Iglesias to Alanis Morissette (complete with singing), that he became a featured player on the show in 1998.  A year later, he became a full cast member.  In 2000, he became the co-anchor of "Weekend Update" with Tina Fey.  Four years later, like many "SNL" alums, he decided to make a go at a film career. 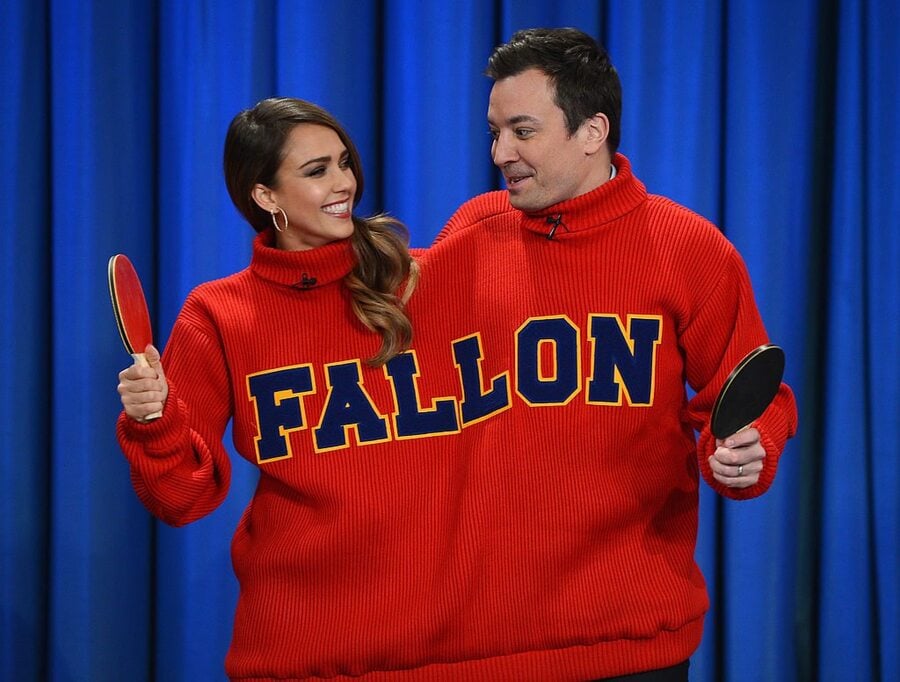 Unfortunately, his post-"SNL" film career had its ups and downs.  He found more success with voice over work for animated productions than with on-camera work.  While the cartoons he worked on, such as "Arthur and the Invisibles" and its sequels, and "Doogal", were relatively popular, his live action projects, such as "Taxi", "Fever Pitch", "Factory Girl", and "Whip It", were only moderately successful.  He'd made a name for himself doing impressions of other actors, and now audiences were having trouble figuring out who he was.  After hosting various awards shows, it began to be clear that he might have more success as a host than as an actor.

In 2009, he had the opportunity to test out the hosting theory, when he embarked on a new venture.  He replaced Conan O'Brien as the host of "Late Night…".  He also served as one of the show's writers and an Executive Producer.  From the beginning of his time on the show, he proved to be a breath of fresh air.  From lip synch battles, to arm wrestling matches, to hit songs played on children's toys, to President Obama "slow jamming" the news, he turned interviewing his guests into an event.  By 2010, he'd become so popular as a host, that when he was tapped to host the Emmy Awards, viewership increased by 200,000 people from the previous year.  "Late Night" became immensely popular and in 2013, when it began to seem as if Jay Leno was really, finally, going to retire Jimmy Fallon was named as his heir apparent.  His salary was also bumped from $6 million to $11 million per year.On February 17, 2014, he made a very successful debut as the host of "The Tonight Show Starring Jimmy Fallon". 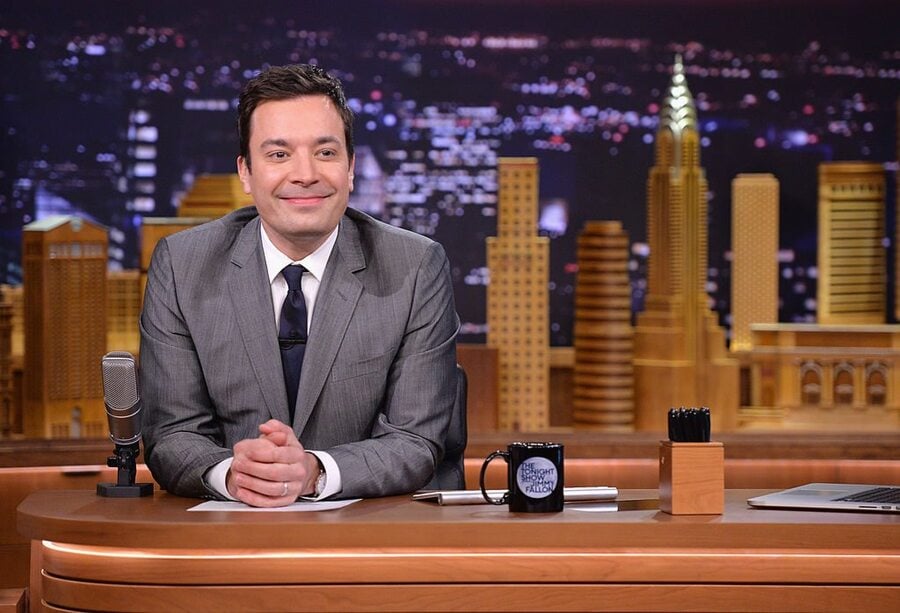 The reviews for his first few days as the host of "The Tonight Show" have been universally positive and viewership is up.  As with "Late Night", he seems to be having a blast, and his guests and the audience have certainly responded to the fun he seems to be having.  He's a bit like a kid who just realized his dreams have come true.  Maybe they have.  After all, the guitar playing computer scientist, who used to crack his parents up impersonating James Cagney, has now become the king of late night television.