By Amy Lamare on January 24, 2021 in Articles › Entertainment

It wasn't all that long ago that we lauded Elizabeth Holmes, the now disgraced founder of blood-testing company Theranos. She was a self-made billionaire with a $4.5 billion fortune running the company founded by her revolutionary idea to change the way diseases are diagnosed with blood. Instead of many vials being taken, her idea was that one simple drop of blood from a fingertip could diagnose thousands of maladies. She hobnobbed with the crème de la crème of Silicon Valley. She was on magazine covers. She was often compared to Steve Jobs. Then it was revealed it was all allegedly a hoax. The prick of blood test didn't work, maybe never worked, and she kept that a secret. Now, she's charged with criminal fraud and prosecutors are attempting to get to the root of her motivation for deceiving investors, partners, clients, and the public.

Federal prosecutors in California want to hear about all the wealth and adoration Holmes had at the height of Theranos' success. Prosecutors want to hear from Theranos patients who received inaccurate results from their tests. They also want to expose internal Theranos emails that allegedly prove the company was actively trying to evade laboratory inspectors. In June 2018, the Northern District of California's U.S. attorney's office accused Holmes and former president and COO of Theranos, Ramesh "Sunny" Balwani, of misleading investors and patients about the technology behind Theranos' blood test. The case has been delayed a number of times due to the coronavirus pandemic. Holmes and Balwani have pleaded not guilty to the charges against them. 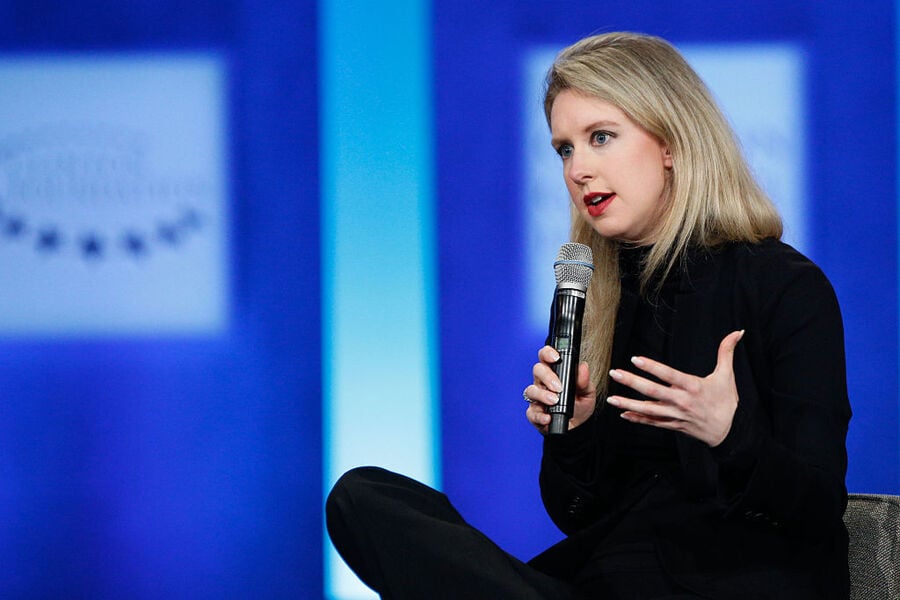 The "Wall Street Journal" broke the news about the faulty blood tests that Theranos was pushing back in 2015. Three scandal after scandal laden years later, Theranos shut down.

Prosecutors allege that Holmes' motivation behind the crimes she's accused of committing were to keep her fame and wealth. She had a six-figure salary, traveled on private jets, stayed in luxury hotels. She lived in an expensive home and drove a luxury SUV. She had several personal assistants at her beck and call. Reportedly, attorneys will also introduce the argument that all of these things, this status, were important to her and she monitored news outlets daily to cultivate and advance her image.

Holmes' legal team countered the prosecutors by pointing out her salary was lower than some of the other executives at Theranos and downright modest when compared to CEO salaries at other multi-billion dollar companies.

Prosecutors have internal Theranos emails that they hope show the clear intent to defraud. In one, Holmes asks "if the path for walking the auditors in and downstairs had been cemented so we avoid areas that cannot be accessed." Another email reveals that the lab director of Theranos wrote in November 2014: "I am feeling pressured to vouch for results that I cannot be confident in." Balwani then wrote an email to Holmes the following day suggesting that the lab director should be fired. A month later he quit. He was replaced by Balwani's dermatologist, who just stopped by for lab inspections as his main focus was his dermatology practice. The dermatologist wasn't board-certified nor did he have a degree in pathology or laboratory science. Holmes and her legal team are allegedly attempting to keep a spreadsheet of text messages sent between her and Balwani out of court.

Prosecutors are reportedly asking the judge to allow them to introduce evidence of the real-life consequences of Holmes, Balwani, and Theranos' alleged crimes. In one email included in the court filing, a doctor reportedly told a sales executive for Theranos in August 2014, that the result of the Theranos blood test led him to believe one of his patients was miscarrying. A competitor's test and ultrasound revealed she was six weeks pregnant. The doctor's correspondence about this incident was forwarded to two of the sales executive's colleagues to stress how badly this could have gone for Theranos, particularly if medicine that is dangerous to pregnant women had been prescribed. The court filings reveal that that message was forwarded to Holms and Balwani. Holmes' attorneys maintain that no patients were physically harmed by test results from Theranos. They also claim that the emotional impact on patients who may have received incorrect test results is not relevant in a court case about financial fraud.

Theranos voided two years of test results from its proprietary Edison machines in March 2016 in an attempt to avoid sanctions from the Centers for Medicare and Medicaid Services. Prosecutors want to introduce the voided test results to jurors. Holmes' legal team is once again arguing they are not relevant in a financial fraud case.