What Happens To The Royal Finances Now That Prince Harry And Meghan Have Flown The Coop?

By Amy Lamare on January 24, 2020 in Articles › Entertainment

The finances of England's royal family are largely shrouded in mystery. We know about the Sovereign Trust and the money Will and Harry receive from their mom, Princess Diana. But how is all of that affected now that Prince Harry and Meghan Markle have decided to break with royal protocol and duties and raise Archie far from the prying eyes of the Queen and Prince Charles (and Catherine Middleton) in Canada? How is this going to change (if at all) how the royal family is financed?

An emergency meeting was called by Queen Elizabeth to determine how Harry and Meghan can leave the monarchy while still retaining some sort of royal status. To put it bluntly, their decision confused the heck out of the Queen and her advisors. After that all hands on deck meeting, the Queen issued a statement saying that she was "supportive" of Harry and Meghan's choice and gave them her blessing. However, she also said that a transition period was necessary.

Harry and Meghan have expressed their desire to be financially independent. Royal watchers doubt that that is possible given the complicated tax, security considerations, royal protocol, and the sheer sensitivity of royal finances. More minor members of the royal family have had a hard time in the past monetizing their links to the throne without causing scandal. And let's not forget, Queen Elizabeth has taken great care over the years to make sure her family maintains its traditions while not alienating taxpayers, who in part finance royal escapades. The Queen has trimmed excess expenses and jettisoned royals, including her sons Princes Andrew and Edward, who haven't received any taxpayer grants since the early 1990s. 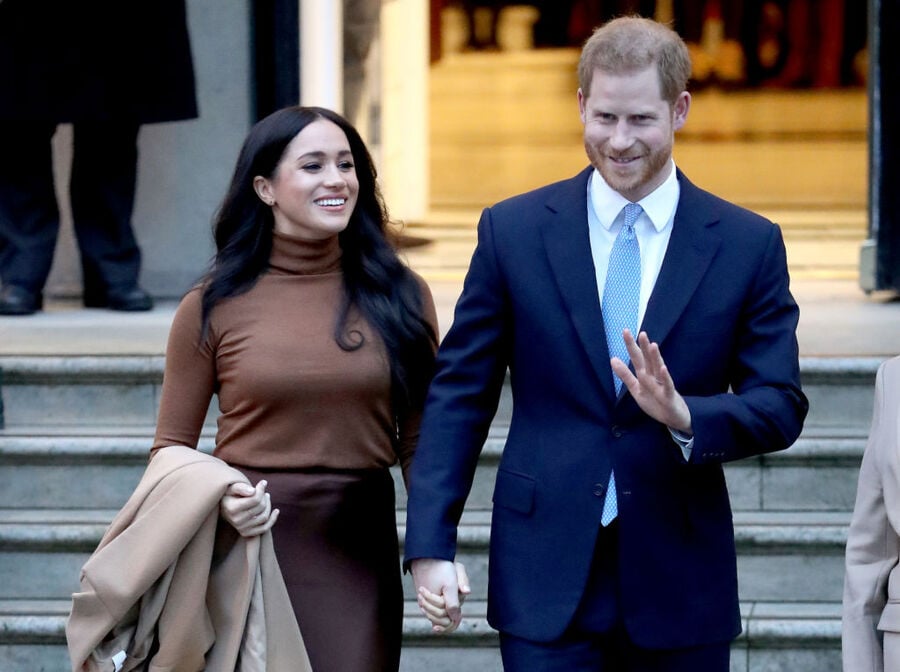 A Recap Of The Royal Finances And Meghan Markle's Too

The Queen's income comes in part from the Crown Estate and the Sovereign Grant. The Crown Estate is owned by the reigning monarch and includes real estate properties like Buckingham Palace. The British treasury pays an amount known as the sovereign grant to the queen to cover the expenses Queen Elizabeth incurs as part of her official duties. Some of these expenses include travel, entertaining, and maintenance of the various castles and properties. The grant is basically calculated as 15% of the annual profit of the Crown Estate, which was $459.25 million in 2016-2017. The amount doled out cannot be less than the year before, even if the Crown Estate has a bad year. It can be audited, as it was in 2015 when it was largely thought that the queen was making too much money. The grant also jumped from 15% to 25% to pay for renovations on Buckingham Palace. The sovereign grant money is tax-exempt.

The Queen also has her own personal income. Generally, she doesn't have to pay taxes on her $600 million net worth. That changed in 1992 when Windsor Castle caught fire. The country was in a tizzy over who would pay for the damages. Queen Elizabeth began paying income tax. She was the first monarch to do so since the 1930s.

Queen Elizabeth does not own most of her many palaces. The Crown does. This includes the Crown Jewels, which contains more than 140 individual pieces and is estimated to be worth at least $4 billion. These are considered national treasures and part of the royal collection. The monarch is allowed to possess and use them during their reign. The royal collection includes paintings, furniture, tapestries, photographs and other items that are spread out amongst the royal residences. Buckingham Palace and Windsor Castle are also held in trust. They are there for the use of the reigning monarch but cannot be sold by them.

The Queen also receives income from two duchies that date back to the medieval age. The Duchy of Lancaster is a private estate that was established for John of Gaunt, the son of King Edward III. The estate has been passed down from monarch to monarch since 1399. Income from this duchy is private income for Queen Elizabeth.

Now, as for Prince Harry, during his military career, Harry earned about $50,000 per year. When Harry turned 25, he started getting annual dividends from investments related to Princess Diana's fortune, which amounted to about $450,000 per year. At 30, he inherited half of his mother's fortune, estimated to be $17 million. He and his brother William also inherited their mother's jewels and jewelry. As a royal, Harry does not have to pay out-of-pocket for his lifestyle. The Duchy of Cornwall funds Prince Charles, Prince William, and Prince Harry. It pays for his travel, clothing, staff, and daily expenses. Harry also receives half of a $4.7 million allowance, Prince William receives the other half. Prince Harry has a net worth of $40 million.

Now, let's not forget Meghan Markle. She was a fairly successful actress before marrying Prince Harry. Her first paid acting gig was a small role as a nurse on the daytime soap opera General Hospital. Eventually, she landed a regular gig as a briefcase girl on the game show Deal or No Deal. In 2010 and 2011, Markle had roles in the films Get Him To The Greek, Remember Me, and Horrible Bosses and in the short film The Candidate. Markle was paid $187,000 for her role in Remember Me and $171,429 for her role in The Candidate. In July 2011, Markle landed the role of Rachel Zane on the USA Network show Suits. In late 2017, Markle completed the seventh season of the show and resigned. She reportedly made $50,000 per episode during her seven seasons on Suits. That is an annual income of about $450,000.

From 2014 to 2017 Markle was the founder and editor-in-chief of the lifestyle website The Tig, which was named after her favorite wine, Tignanello. In 2016, Markle released two clothing lines for Canadian retailer Reitmans. She also was the brand ambassador for Reitmans. The lines were sold in select Reitman stores and online and sold out as soon as they were released. Between The Tig, Reitmans, and other endorsements and sponsorships, Markle made $80,000 per year above and beyond her acting salary. Meghan Markle has her own, personal net worth of $5 million that isn't tied to the royal family.

So what happens to Prince Harry's royal income now?

Harry and Meghan want to forge their own way. They've already applied to trademark "Sussex Royal," covering a whole range of items. However, for now at least, they seem to expect to keep state-funded security and live in a house owned by the Queen and renovated to the tune of a $3.1 million cost to taxpayers. If they split their time between Canada and the U.K. Prince Harry may have to pay income tax on his earnings.

Prince Harry and Meghan Markle will give up the titles of His Royal Highness and Her Royal Highness. They will no longer accept state funding and they will repay at least $3 million in taxpayer money that was used to refurbish their residence at Windsor Castle. They will continue to carry out limited duties for the royal family and will retain their titles as the Duke and Duchess of Sussex. Harry will remain a prince and sixth in line for the throne. Harry and Meghan will be allowed to earn money in the private sector, as long as they "uphold the values of Her Majesty."

Harry is relinquishing his honorary military appointments as well as his status as a Commonwealth youth ambassador. The couple will keep their links to the private charities they have worked with in the past. This agreement takes effect in the spring and will be reviewed by the Queen after a year.

Prince Charles will continue to provide financial support for the couple, though it is not clear whether that will come from the Duchy of Cornwall or some other source.

Of course, Prince Harry and Meghan Markle benefit from having more star power than the other royals, and that will likely translate into the ability to make more money on their own. Whatever happens, with a combined net worth of $45 million, they should be just fine for a good long while. It has to be a relief for Meghan to be free of the British tabloids and the rampant racism she's faced ever since she started dating Prince Harry. Given how Princess Diana died, escaping the media coverage and paparazzi is important to Prince Harry. Canada is a beautiful country with very nice people. We hope they can break from royal protocol and build their own life and family far from the watchful eye of Buckingham Palace.