What Happened To J. Paul Getty's Empire And Fortune After His Death In 1976?

By Brian Warner on April 1, 2015 in Articles › Entertainment

The late oil tycoon J. Paul Getty is in the news today after one of his great-grandchildren was found dead in a Los Angeles mansion last night under slightly mysterious circumstances. 47-year-old Andrew Getty was found dead with traumatic injuries but, at this time, police do not suspect foul play. They believe it was an accidental death. Andrew's father is multi-billionaire philanthropist Gordon Getty. Gordon is one one of J. Paul's five children from five marriages. When J. Paul died in 1976, he was believed to be the wealthiest person on the planet with a net worth of $2-4 billion. That's same as $12-17 billion today after you adjust for inflation. So, what happened to that wealth and the Getty family oil empire after J. Paul's death? And how much of that wealth still exists today spread out among various Getty heirs???

Jean Paul Getty was born on December 15, 1892 in Minneapolis, Minnesota. He was the son of a successful lawyer who earned a fortune in the Oklahoma oil bonanza that began around 1904. When JPG was was 21, his father loaned him some money to form an oil business of his own. JPG earned his first million dollars within a year.

Back in the 1930s and 40s, oil really hadn't been found in significant quantities outside of the United States. In 1949, Getty made an investment that most people thought was certifiably insane. He took $9.5 million of his own money (roughly $100 million today) and purchased a 60-year exclusive lease to search for oil in a barren desert country that no western person had ever heard of. That barren desert country was called… Saudi Arabia.

As crazy as it sounds today, before Getty's arrival, Saudi Arabia was a desolate little Kingdom with basically no natural resources or wealth whatsoever. No oil had ever been found in Saudi Arabia before, and no oil would be found for the next four years. Getty spent an additional $30 million of his own money ($300 million today) searching for black gold. In 1953, the gamble paid off ENORMOUSLY. From that point forward, his little tract of worthless land would go on to produce 16 million barrels of oil every year and completely transform the entire Middle East for the rest of history.

Today, the elder Getty might be most famous for being incredibly cheap. When one of his grandsons was kidnapped in the 70s, he notoriously refused to pay the $17 million ransom. He refused even when the kidnappers lowered the ransom to $3.2 million. Once the kidnappers cut off the grandson's ear and sent it to the grandfather, he finally agreed to provide $3 million for the ransom. But it wasn't a gift. He took $2.2 million out of his son's will and considered the remaining $800,000 a loan that would be repaid at 4% interest. 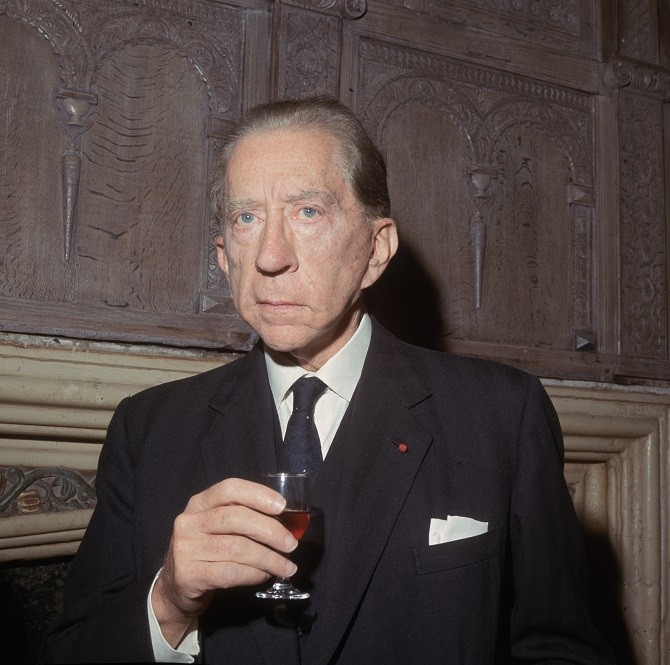 Side Note: Notice how the caption of the photo above says "Photo by Hulton Archive/Getty Images"? Getty Images is the world's largest stock photo agency. We here at Celebrity Net Worth pay a fee every month to use Getty photos in our articles (as does just about every other site on the Internet). Getty Images was founded by Mark Getty in 1995. Mark is the son of J. Paul Getty Jr. the third child of J. Paul Getty. So ironically, I just searched Getty Images for a photo of Getty.

Getty was one of the first human beings to have a personal net worth exceeding $1 billion. As we mentioned previously, when he died in 1976, his net worth was estimated at between 2 and 4 billion dollars. That's equal to 12-17 billion dollars after adjusting for inflation.

J. Paul was the richest person on the planet when he died, because the previous record holder, eccentric billionaire Howard Hughes, died two months earlier. It was a short reign at the top for Mr. Getty.

According to his will, Getty bequeathed $1.2 billion to his charitable trust, the Getty Foundation, to be used as an endowment for the arts. This money would eventually be used to establish two of the world's best museums, both located in Los Angeles. He also donated he vast personal collection of priceless art, valued at more than $600 million at the time of his death, to his future museums. The Getty Museum is located on a mountaintop overlooking all of Los Angeles. Today the J. Paul Getty Trust is the largest art institution in the world with an endowment of roughly $6 billion:

The Getty family maintained a controlling interest in Getty's oil business for the next 10 years. At that point, Gordon Getty (father of Andrew) negotiated a deal to sell Getty Oil to Texaco for $10 billion. The family paid approximately $1 billion in capital gains taxes, and then split the remaining proceeds among J. Paul's five living children. After individual taxes were paid, the final windfall amounted to approximately $750 million per child. Although one of his children, disfavored son Jean Ronald Getty, was left out of the main inheritance and instead was given $3,000 a year. Ouch!

Andrew Getty, the heir who was found dead last night, was living in a mansion that is currently valued at around $4 million. He would have presumably been heir to some of his father's $2 billion fortune. Gordon Getty has six other children. Three of those children were fathered in secret through an affair that Gordon had with a woman named Cynthia Beck.