What Are Some Of The Most Successful Shark Tank Companies?

The hit show Shark Tank gives entrepreneurs a chance to pitch incredibly wealthy and successful investors. It's a microcosm of the American dream – work hard enough and you too can make millions. Of course, not all the people that appear on the show walk away with a deal, and sometimes even those that do end up failing or backing out after the cameras stop rolling.

But for others, appearing on Shark Tank catapults them to levels they never imagined possible. It's inspiring to see a small business that often starts in the entrepreneur's home expand into something incredible.

In honor of the 10th anniversary of the show, here are ten of the most successful companies in Shark Tank history.

The Scrub Daddy sponge is incredibly simple in concept: a sponge shaped like a smiley face that allows you to get into tough crevices. But founder Aaron Krause saw a need everyone had – eating and keeping their dishes clean – and created a way to easily handle that, no matter your kitchen proficiency. In Season 4, Krause took his Scrub Daddy into the shark tank and received interest from three entrepreneurs. He ultimately accepted an offer from Lori Greiner for $200,000 for a 20 percent stake (negotiating down from 30 percent). Before Scrub Daddy's appearance on the show, only five supermarkets carry it. Today, Scrub Daddy can be found in thousands of retailers and generates more than $175 million annually.

With features like elevated knees, a space-saving design, and an ergonomic footrest, the Squatty Potty allows you to "poop like royalty." Borne out of necessity, Squatty Potty founders (and mother and son duo) Bobby and Judy Edwards soon experienced what living like royalty is like, too. After securing a deal with Lori Greiner – $350,000 for 10 percent – the company sold $1 million in product the day after the episode aired. And they haven't stopped selling: the company reported $33 million in sales in 2017.

The holiday Shark Tank episodes are typically filled with very niche, often gimmick-y ideas. Tipsy Elves seems like it fits that bill, with its specialized holiday ugly sweaters, costumes and ski gear. Co-founders Evan Mendelsohn and Nicklaus Morton did a ton of research before the show and tailored their pitch to the sharks they were most interested in partnering with. The result? $100,000 from Robert Herjavec for a 10 percent stake in the company. Before Shark Tank, the company was selling a respectable $600,000 per year. Now? They're bringing in $50 million annually and celebrities are rocking their threads.

Mother and daughter entrepreneurs Tracey Noonan and Dani Vilagie brought their cupcake-in-a-jar business to Shark Tank in season four. They walked out still owning 100 percent of their company after cutting a deal with Kevin O'Leary: $1 per jar sold until O'Leary recouped his $75,000, then 45 cents for every jar sold. Forever. It's rare for an entrepreneur not lose any equity, but O'Leary has to be loving the deal. Wicked Good Cupcakes, which has opened up brick-and-mortar and food truck franchises, has netted more than $14 million in sales. 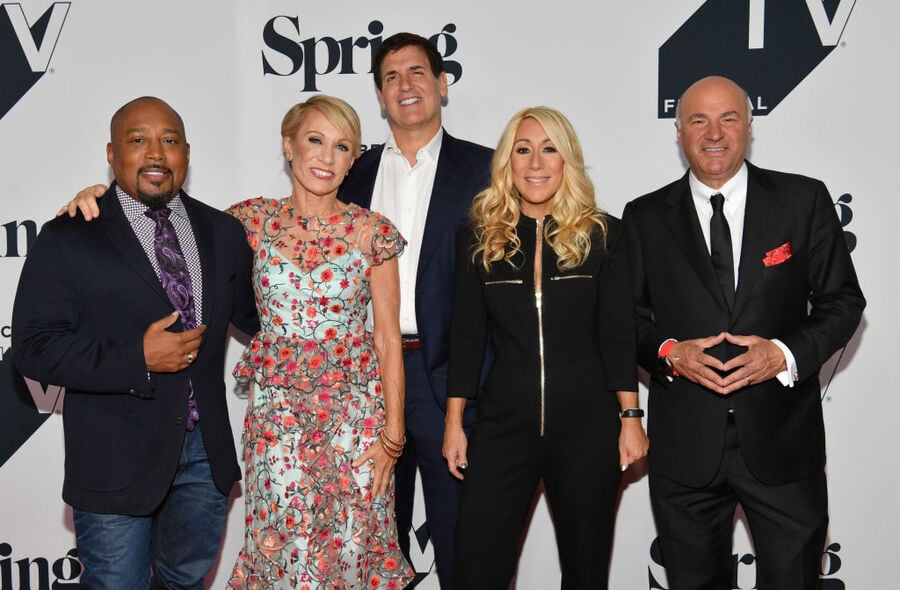 Travis Perry came onto Shark Tank in 2012 with a device he claimed could teach anyone how to play the guitar. Robert Herjavec, who said he was the only shark that wanted to be a rock star, demoed the device and was so impressed that he agreed to a deal worth $175,000 for a 20 percent stake. Chord Buddy made $2 million the year it was on Shark Tank and continues to be one of Herjavec's most successful deals.

Married couple Hanna and Mark Lim created LollaCup to give their kids an easier way to drink liquids. The valve-free straw cup proved to be quite lucrative – the company expanded into Lollaland and made $2 million after its Shark Tank appearance. For sharks Mark Cuban and Robert Herjavec (who invested a combined $100,000 for 40 percent), they're loving every minute of it. LollaCup is reportedly the most successful kids product to come from Shark Tank.

Before everyone was trying to get a picture "for the 'gram," married couple Julie and Brian Whitman created Groovebook, an app that allowed users to order a photobook from their smartphones. Kevin O'Leary and Mark Cuban invested a combined $150,000 to obtain 80 percent licensing rights. Groovebook was only a year and a half old when photo giant Shutterfly acquired it for $14.5 million.

Cousins Maine Lobster has nearly 20 trucks in 13 cities and brought in more than $20 million in 2017. Even more impressive, founders Jim Tselikis and Sabin Lomac almost declined to appear on the show at all. They opened their business in April 2012 and were approached by Shark Tank after just two months. Teslikis and Lomac thought they didn't have enough of a proven track record but eventually agreed to appear. While some of the sharks were skeptical, Barbara Corcoran offered advice on rebranding the company – and it's clearly worked. Corcoran gave $55,000 for a 15 percent stake. She's made back her investment and then some.

When all five sharks are into you, you know you're doing something right. BuggyBeds initially started as a company that made glue traps for bed bugs. Not exactly the most interesting industry, but an important one nonetheless. Each shark put up $50,000 for a combined 25 percent stake. The company grew quickly, earning $1.2 million in 2016, and now offers additional bed bug-repellant product lines, including mattress covers, pet collars, and wristbands.