By Brian Warner on October 21, 2021 in Articles › Entertainment

By now I assume everyone is very familiar with the story of WeWork and Adam Neumann. But just to refresh our memories, here's a really quick summary:

Founded in 2010, CEO Adam Neumann oversaw the office space rental startup as it raised $11 billion in venture capital and proceeded to have one of the most disastrous and precipitous falls from grace in corporate history. Adam was ousted from the company in late 2019 after WeWork's aborted IPO process.

Technically, WeWork utilized even more than the $11 billion it raised from VC funds. In the aftermath of its fall from grace, WeWork's largest investor, SoftBank, injected an additional $5 billion to keep the company afloat, refinance debt and fund $700 million worth of payouts to Neumann. So that's $16 billion in total money injected/invested.

WeWork's largest private valuation before faceplanting was $47 billion. It achieved that valuation after a funding round completed in early 2019. Soon after Adam stepped down in late 2019, WeWork's valuation had dropped to $8 billion. So at that point, one could very comfortably say that WeWork raised $16 billion to create an $8 billion company.

A lot of very smart people predicted that COVID would deal the final death blow to WeWork, but amazingly that did not happen! WeWork may have actually benefited as companies no longer wanted expensive long-term office leases and instead looked for short-term flexible options. At its peak in 2019, WeWork's occupancy rate was 85%. At its lowest low point in 2020, that rate dropped to 45%. Today occupancy rate sits at a bit more than 60%.

Fast forward to the present and believe it or not, WeWork will finally become a public company at some point this week! Perhaps even by the time you read this article. 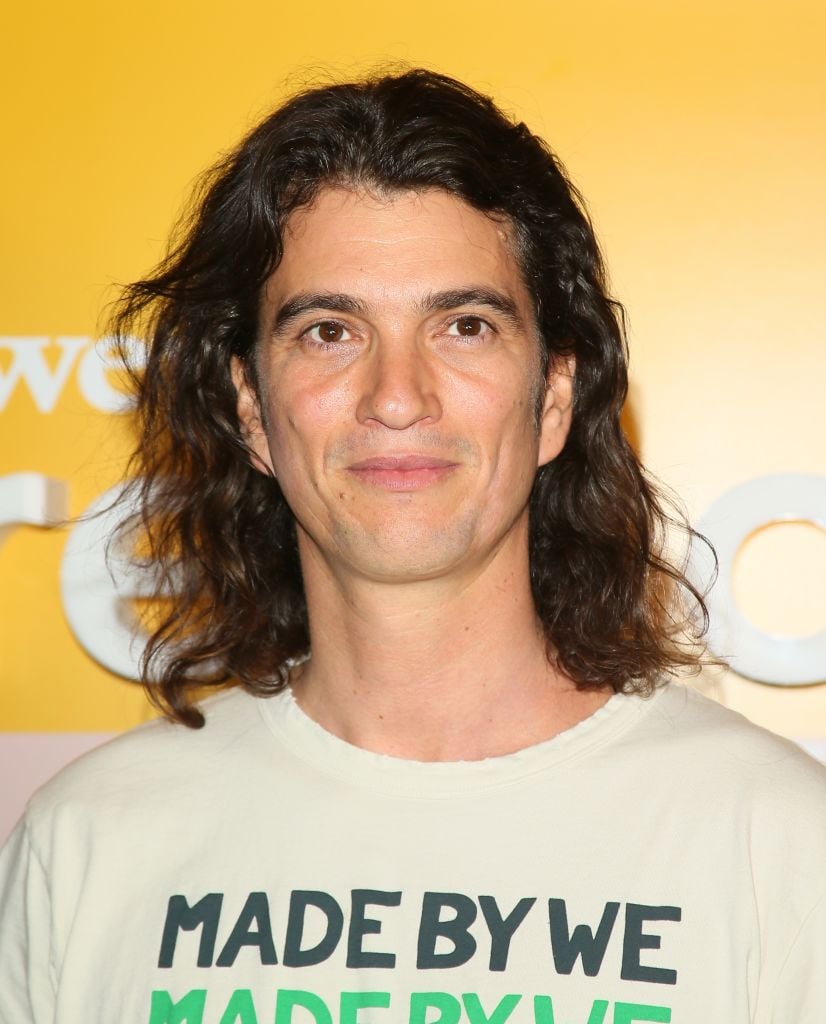 Yesterday shareholders of a publicly traded company called BowX approved a deal to essentially merge with WeWork. Through this merger, after some Wall Street magic, WeWork will be a public company. This is what is known as going public through a "SPAC" ("Special Purpose Acquisition Company.")

A SPAC is an empty shell company that goes public without any assets or business of its own. It goes public to raise a ton of money and then has a limited amount of time to use that money to acquire an actual company that does have assets and a business.

The SPAC is just a hungry hungry hippo on the prowl for a snack. The SPAC devours the snack and in the end the snack becomes the SPAC. Say that five times fast….

BowX Acquisition Corp went public a year ago. It currently has a market cap of $627 million thanks to its current price per share of $10.38. After months of planning, on Tuesday BowX's shareholders approved the company's plan to SPAC with the remnants of WeWork. Through the deal, WeWork will reportedly receive around $1.3 billion in cash.

When it's all said and done, BowX will change its ticker symbol to "WE. WeWork market cap is expected to be $9 billion.

$9 billion is better than the $8 billion WeWork was worth in late 2019 but it's still a far far cry from the $47 billion valuation it hit as a private company during its zenith. And it's a universe away from the $80-100 billion that WeWork thought it would eventually be worth when it went public.

And what about former CEO Adam Neumann?

As part of this SPAC plan, Adam was given a $245 million "sweetener" from BOWX.

Specifically, if the deal is successful and the stock price stays above $12 after the merger, Adam will be granted $245 million worth of shares with a cost of zero dollars per share. AKA, a free $245 million.

As we stated moments ago, BowX's share price as I type this article is $10.38. Keep an eye on the markets as the company flips the switch and goes from "BowX" to "We" to see if Adam's $245 million sweetener activates.

But that's not all…

Adam will own around 8% of the new public version of WeWork, technically he will own 48 million shares. Assuming the company maintains a $9 billion market cap, his 8% stake is worth $720 million. Between the $700 million in payouts he has already received, his $720 million stake in the newly public company and other assets… Adam Neumann is back in billionaire status with a net worth of $1.5 billion.