By Amy Lamare on March 3, 2014 in Articles › Entertainment

"Nothing is certain except death and taxes". I'm sure we've all heard this saying before, and Wesley Snipes might be the most famous example of the second half. Wesley Snipes worked his butt off for more than a decade to reach the pinnacle of success in Hollywood. He smashed through perceptions and stereotypes along the way to becoming arguably the biggest action star on the planet throughout the 1990s. Unfortunately, like many other stories of Hollywood ascension, what goes up must come down. But unlike most fallen stars who succumb to drugs or alcohol, Wesley Snipe's personal demon was much more bland. Wesley fought hard to defeat one of the most frightening institutions in the world: The American Internal Revenue Service. This is the story of how Wesley went from Passenger 57 to prisoner #43355-018…

Wesley Snipes was born in Orlando, Florida on July 31, 1962. He grew up in the Bronx, the son of a teacher's assistant and an aircraft engineer. He began training in martial arts when he was 12 years old and today has a 5th degree black belt in Shotkan karate and a 2nd degree black belt in Hapkido. Snipes attended the famous – Fiorello H. LaGuardia High School of Music, Art, and Performing that the movie "Fame" was based on, but he moved back to Florida before graduation, and finished high school in Orlando. Snipes went on to attend the State University of New York at Purchase.

When Wesley was 23, an agent discovered him in 1985 during a martial arts competition. A year later he made his film debut in the 1986 Goldie Hawn movie "Wildcats". That same year, he appeared on the hit TV show "Miami Vice" as a drug-dealing pimp. In 1987, Snipes put his dance performance training and martial arts skills to good use when he appeared in the Martin Scorsese directed music video of Michael Jackson's "Bad". That video caught the attention of director Spike Lee, who offered Snipes a small role in "Do The Right Thing". Snipes turned Lee down, opting for the larger part of Willie Mays Hayes in "Major League".

"Major League" was the first in a string of big box office hits for Snipes throughout the late 1980s and 1990s. He appeared in Spike Lee's "Mo Better Blues" and as the lead in the interracial relationship at the center of the drama in "Jungle Fever". Snipes' role as the drug kingpin Nino Brown in 1991's "New Jack City" was written especially for him and his amazingly nuanced performance cemented his status as a Hollywood superstar. Snipes worked steadily throughout the 1990s in films such as "Passenger 57", "Demolition Man", "Money Train", "The Fan", "U.S. Marshals", "Rising Sun", and "To Wong Foo, Thanks for Everything! Julie Newmar" in which Snipes played a drag queen. 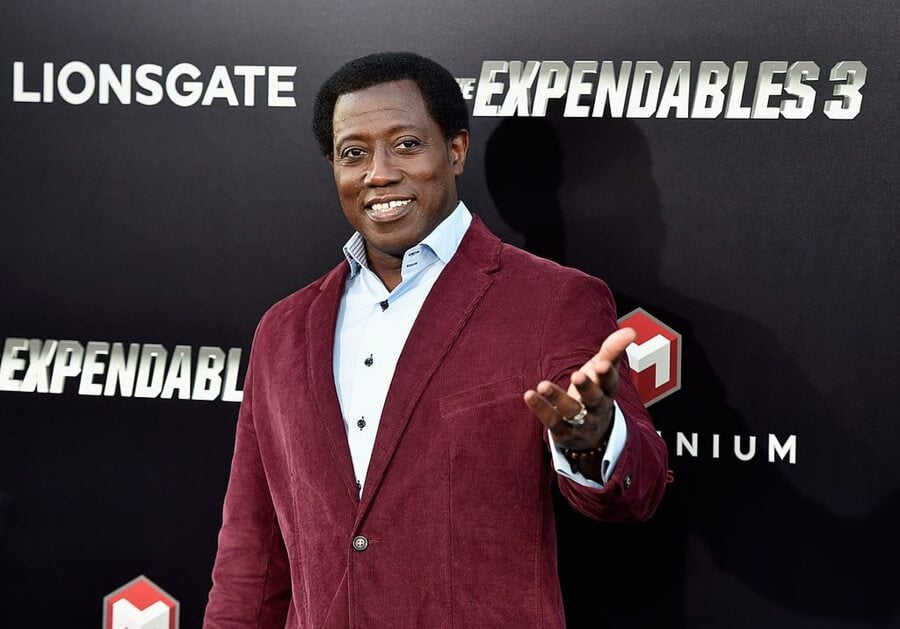 Snipes was on a roll, showing audiences and Hollywood studio executives that he had range- playing everything from drug lords to drag queens. In fact, in 1997, Snipes won the Best Actor award at the Venice Film Festival for his dramatic performance in the Joe Eszterhas written, Mike Figgis directed film "One Night Stand". The film was a flop, in large part due to an interview Snipes gave in Ebony magazine in which he lashed out at African American women and listed all the reasons he didn't date them.

The following year "Blade" gave Snipes his biggest box office success, grossing more than $150 million worldwide. Snipes also was awarded with a star on the Hollywood Walk of Fame and an honorary doctorate from his college alma mater, SUNY/Purchase. Blade was also turned it into a franchise. Wesley was at the top of the Hollywood food chain and the peak of his career. Unfortunately, off set Wesley's arrogance and ego were beginning to lay a path of destruction in his life that would last for more than a decade.

As the third installment of the "Blade" franchise was getting ready to go into production, Wesley's arrogance led him to believe that he was owed input on every aspect of the production. New Line froze him out of all decisions, which pissed Snipes off mightily. Snipes filed lawsuits against New Line Cinema and the director of "Blade: Trinity", David S. Goyer, claiming that he was intentionally cut out of casting decisions and that his role was reduced to make more time for the roles of co-stars Ryan Reynolds and Jessica Biel. The suit with New Line was settled, but Snipes' problems were just beginning.

Unlike most Hollywood celebrities, Wesley's self-imposed path of destruction did not involve a single drug or a drop of alcohol. Wesley's downfall involved something far more dangerous than drugs and alcohol: The Internal Revenue Service.

After filming on the third "Blade" movie ended, Wesley wrote a five page letter complaining about his treatment on the film to New Line Cinema's Bob Shaye. During filming, Wesley was incredibly difficult to work with. He refused to come out of his trailer for anything other than close-ups. Most of the scenes of his character in "Blade: Trinity" were actually a stand in. Bob Shaye responded to Snipes' letter by releasing portions of it to the media. "Blade: Trinity" flopped and Snipes' difficult reputation was cemented in Hollywood.

One year after the release of "Blade: Trinity", Wesley was charged with conspiracy to defraud the United States, one count of knowingly making or aiding and abetting the making of a false fraudulent claim for payment against the United States, and six counts of willfully failing to file federal income tax returns.

Wesley's problems with the IRS date back to 2006 when he was charged with attempting to avoid paying taxes and filing $12 million worth of false returns dating all the way back to 1996. Between 1996 and 2004, Snipes earned approximately $37.9 million from various acting jobs and apparently failed to pay a single penny in taxes during that entire time. Not only that, he also used forged documents to receive $12 million worth of undeserved refunds reflecting his income between 1996 and 1998. So why did he essentially ignore and steal from the IRS? This is where the story takes a crazy turn. Wesley explained his actions by using a controversial tax theory called the 861 argument.

This argument revolves around the language of section 861 of the Federal tax code. People who use this 861 argument claim the tax code's language makes domestic income of U.S. citizens and residents not taxable. The language instead states that "compensation for services" is taxable. This argument claims that because the 861 provision does not specifically list wages, for example from acting in a movie, they therefore are not taxable. As a side note, the 861 argument has never been successful for anyone in the history of American tax law. Furthermore, Snipes failed to file tax returns for 1999, 2000, 2001, 2002, 2003, and 2004.

Unfortunately, the government wasn't buying what Wesley was selling. Wesley Snipes spent four years battling the government on his tax charges. In February 2008, he was finally found guilty of three misdemeanor counts of failure to file federal income tax returns and sentenced to three years in prison. The prosecution had been seeking 16 years! In addition to his prison sentence, Wesley will be required to pay $17 million in back taxes, interest and penalties to the IRS. A co-defendant was sentenced to 10 years in prison and another was sentenced to 4 years. Snipes was acquitted of the felony tax fraud and conspiracy charges.

Snipes appealed the verdict without success in 2010. He began his three year sentence at McKean Federal Correctional Institution on December 9, 2010. Snipes took his appeal all the way to the United States Supreme Court in 2011 but the justices passed on his case. Between December 2010 and April 2013, Wesley Snipes served 845 days in federal prison in McKean County, Pennsylvania. He served 90% of his three year sentence.

Wesley was released from prison on April 2, 2013. The first film role of his post prison career was in the third installment of the Sylvester Stallone "Expendables" franchise. Whether Wesley can regain even a modicum of the success he once enjoyed is yet to be determined. In the decade he's been fighting charges and serving his prison sentence a generation of moviegoers have entered the marketplace who have no idea who he is. And movie studios are probably hesitant to invite Wesley back into the A-list fold.

So what's the lesson here? This one is simple. Pay your damn taxes!